West’s hybrid warfare ‘doomed to failure’ just like in the past: Iran 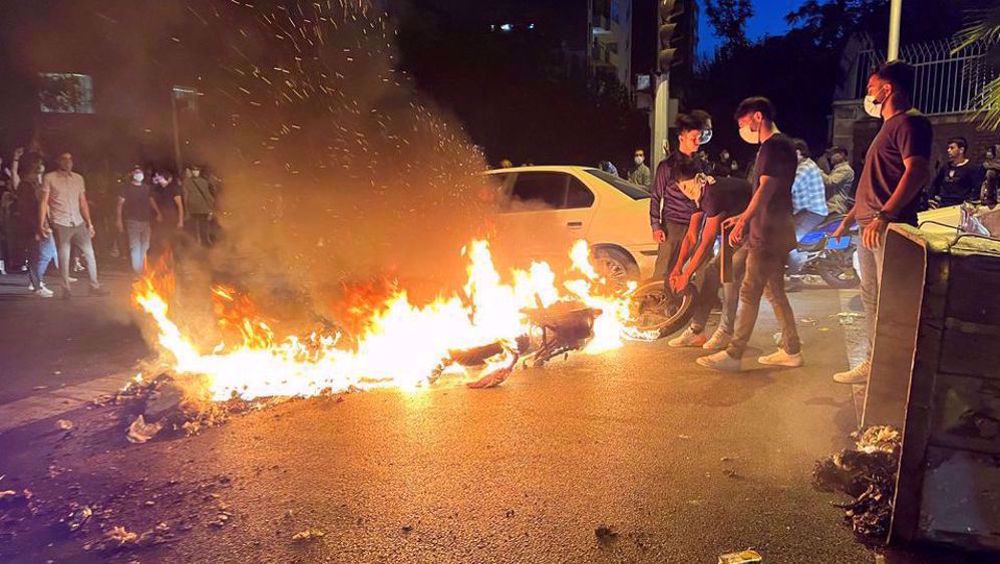 A police motorcycle burns during foreign-backed riots over the death of Mahsa Amini, a 22-year-old woman who died in a hospital three days after she collapsed at a police station, in Tehran, Iran September 19, 2022. (Photo via Reuters)

Iran’s Foreign Ministry spokesman has lambasted Western governments and media over their duplicitous stance toward the recent foreign-backed riots in the country, saying the West’s hybrid warfare is “doomed to failure” just like in the past.

“Demonstrations, protests, clashes and violence in Paris, London and Tel Aviv! But their media speak of protests in Iran, which faded over a month ago despite all Western attempts to ignite the protests, fuel them and keep them up,” Nasser Kan’ani said in a thread of tweets on Sunday.

“The West’s ongoing cognitive and hybrid warfare against Iran is the continuation of their military, economic, political and psychological campaign, and it is doomed to failure just like the past,” he added.

The West’s ongoing cognitive and hybrid warfare against Iran is the continuation of their military, economic, political and psychological campaign, and it is doomed to failure just like the past. pic.twitter.com/ULFXN0MG5f

Western-backed riots erupted in Iran in mid-September after 22-year-old woman Mahsa Amini collapsed at a police station and died in a hospital three days later. An investigation later attributed Amini’s death to her pre-existing medical condition, rather than alleged beatings by the police.

The violent riots enabled acts of terrorism across the country and claimed the lives of dozens of people and security forces.

Through their propaganda campaign, however, Western governments spared no effort to distort the truth and misrepresent the developments. In one instance, Western media outlets claimed that the Iranian police had killed “516 protesters, including 70 children,” in nearly four months of riots – a number that was categorically dismissed as fake by all Iranian authorities.

Meanwhile, Kan’ani’s remarks came amid days of mass protests across France and Britain, during which demonstrators voiced their indignation about the flawed policies of their respective governments.

France’s biggest protest in the decade took place on Thursday as more than a million people took to the streets across France to protest against President Emmanuel Macron’s pension reform plan, which intends to hike the retirement age to 64 from the current 62 and streamline the pension system.

Union organizers, however, estimated the number of French protesters at 2 million, with 80,000 of them reportedly in Paris alone.

Over the past months, the UK has also been grappling with its biggest strike wave for decades, with nurses, ambulance and bus drivers, airport baggage handlers, border staff, driving instructors, and postal workers walking off their jobs at various points to demand higher pay.

Also, thousands of Israelis have over the past three weeks rallied in Tel Aviv in the occupied territories against controversial judicial reforms planned by the regime’s Prime Minister Benjamin Netanyahu.

The participants warn that his extremist cabinet’s proposed judicial reforms were set to give the regime more control over appointments in the judiciary. 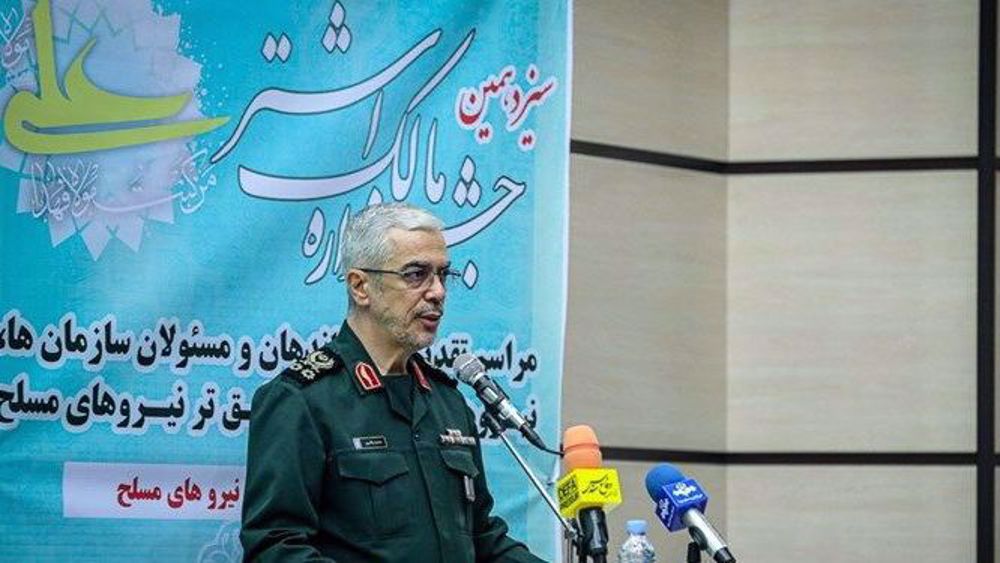