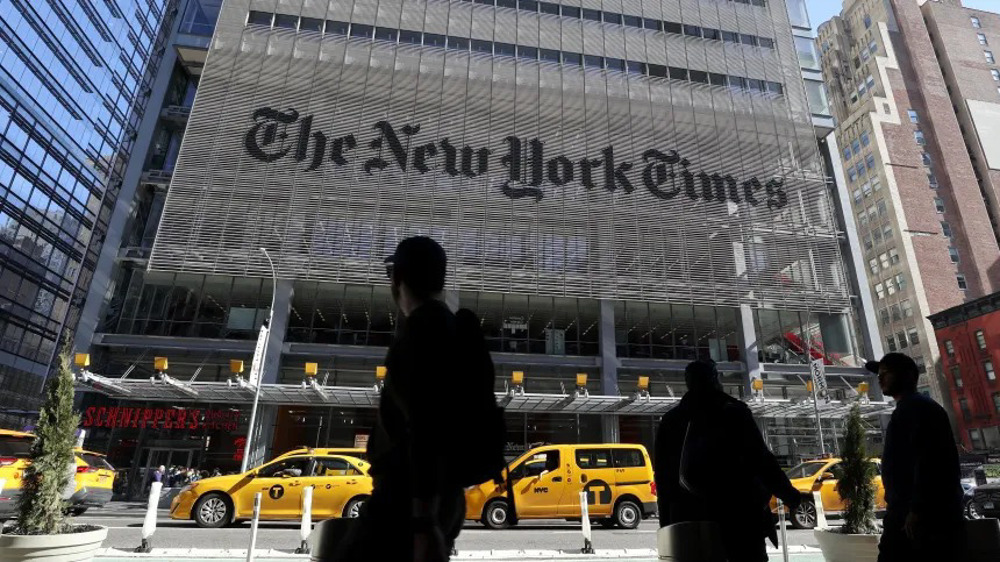 More than 1,100 journalists and other employees at The New York Times plan to stage a 24-hour strike, in what would be the first such move at the newspaper in more than four decades.

The newspaper's staffers signed a pledge not to work for one day on Thursday unless a contract deal is reached between the union and the employers, according to its newsroom union.

The contract between The Times and The New York Times Guild expired in March 2021, and about 40 bargaining sessions have been held since.

Negotiations lasted for more than 12 hours into late Tuesday and continued on Wednesday, but the two sides remained far apart on issues including salaries, remote-work policies, and health and retirement benefits.

The union finally announced via Twitter on Wednesday evening that a deal had not been reached and the walkout will take place.

“We were ready to work for as long as it took to reach a fair deal,” it said, “but management walked away from the table with five hours to go.”

“We know what we’re worth,” the union added.

The union accused The Times of bargaining in bad faith. “Their wage proposal still fails to meet the economic moment, lagging far behind both inflation and the average rate of wage gains in the US,” the union said.

The union negotiating the contract represents about 1,450 employees in the newsroom, advertising, and other areas of The New York Times company. More than 1,800 people work in The Times’s newsroom.

During the walkout, non-union newsroom employees will largely be responsible for producing the news.

“We will produce a robust report on Thursday,” said Joe Kahn, the executive editor of The Times. “But it will be harder than usual,” he said in a note to the newsroom, adding that he was disappointed with the union’s decision.

The deputy managing editor, Cliff Levy, said in a note to Guild-represented staff on Tuesday that the planned strike was “puzzling” and “an unsettling moment in negotiations over a new contract.” He said it would be the first strike by the bargaining unit since 1981 and “comes despite intensifying efforts by the company to make progress.”

It is yet unclear how the day’s coverage would be affected by the work stoppage as the strike’s supporters include members of the fast-paced live-news desk, which covers breaking news for the digital paper.

Russia: Ukraine use of chemical weapons under investigation27min