The spokesman for Iraq’s foreign ministry says tension-easing talks between Iran and Saudi Arabia brokered by Baghdad have made tangible progress and moved from security to the diplomatic phase.

In remarks published by the official Iraqi News Agency on Wednesday, Ahmed al-Sahhaf said Baghdad is mediating talks between the representatives of the two Persian Gulf neighbors, underway since April last year.

“The accords are aimed at ensuring the security and stability of the region. Regional stability is only achieved through concerted efforts to attain common interests.”

The spokesman stressed “the importance of strengthening dialogue mechanisms among regional parties,” noting that the Iraqi foreign ministry is using all available diplomatic channels for the purpose.

Saudi Arabia, Iran to hold first ‘public’ meeting on reconciliation talks in Baghdad
Iraq says it will host a “public” meeting between Iran and Saudi Arabia at the level of foreign ministers.

Sahhaf remarked that Baghdad is trying to bring the positions of Iran and Saudi Arabia closer and resolve lingering issues between the two countries in a way that would secure the interests of each party.

The remarks come after Iraq’s new prime minister Mohammed Shia al-Sudani at his first press conference on November 2 said he hopes to continue hosting talks between Iran and Saudi Arabia aimed at rapprochement.

Sudani said his administration had received signs of interest in Iraq continuing to facilitate a dialogue between the two countries.

“We were asked to continue,” he said at the time, without providing any further information.

Back in July, Iranian foreign minister Hossein Amir-Abdollahian lauded the “constructive” role played by Iraq in advancing the regional dialogue and said there has been “progress” in the last five rounds of talks with Saudi Arabia.

“We certainly have the intent to build a positive relationship with our neighbors in Iran,” Prince Faisal bin Farhan Al Saud told English-language France 24 television news network in an interview on the sidelines of the 77th UN General Assembly in New York.

He, however, added that there were still differences with Tehran that currently prevented his meeting with Amir-Abdollahian. 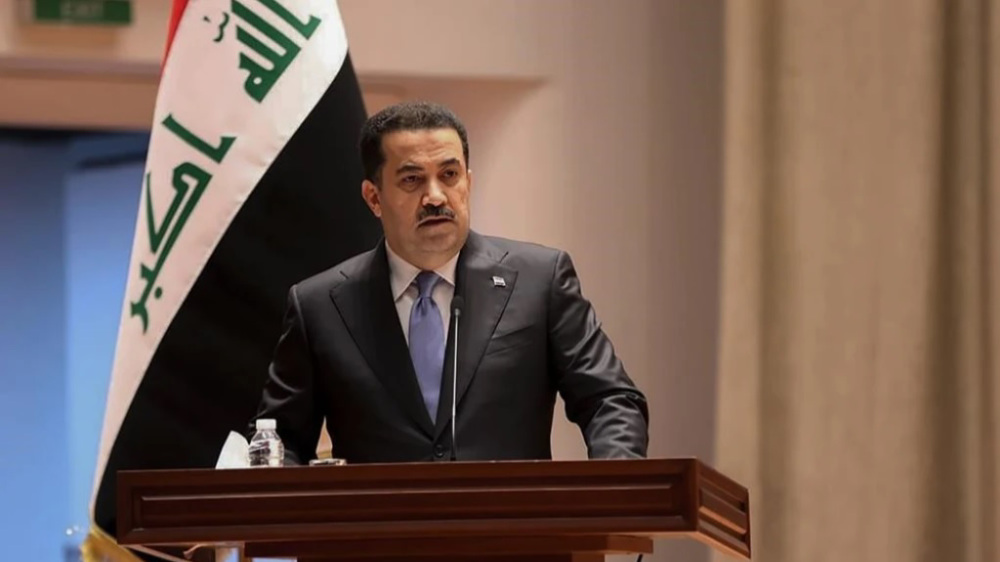 Saudi Arabia severed diplomatic relations with Iran in January 2016 after Iranian protesters, enraged by the execution of prominent Shia cleric Sheikh Nimr Baqir al-Nimr by the Saudi regime, stormed its embassy in Tehran.

The kingdom then pursued a confrontational foreign policy toward the Islamic Republic, especially during the administration of former US president Donald Trump, with whom the Saudi rulers shared close ties.

The two neighbors remain deeply divided over a set of regional issues, mainly the destructive and protracted Saudi war on Yemen.

Amir-Abdollahian: Saudi Arabia has not yet honored bilateral agreements

Meanwhile, on Wednesday, Iran’s foreign minister told reporters at a press conference in the Iranian capital city of Tehran that the Islamic Republic has already fulfilled its commitments under the agreements negotiated during talks in Baghdad, but the Saudi side has yet to adhere to its obligations.

“We consider dialogue and cooperation between Tehran and Riyadh to be useful, suitable and effective for peace and security in the region.

“Nevertheless, a Saudi-owned media outlet has been provoking terror and fanning the flames of riots in Iran for the past eight weeks. We have voiced our complaint and criticism to Saudi authorities. The Islamic Republic of Iran views the media campaign as unconstructive and in violation of the agreements reached between Iranian and Saudi delegations in Baghdad,” Amir-Abdollahian pointed out.

“We expect Saudi Arabia to adhere to its commitments under what was agreed upon in the fifth round of talks in Baghdad. The two countries would then take steps to return to the normal course of negotiations."

US will allow Ukraine to fire long-range missiles at will29min