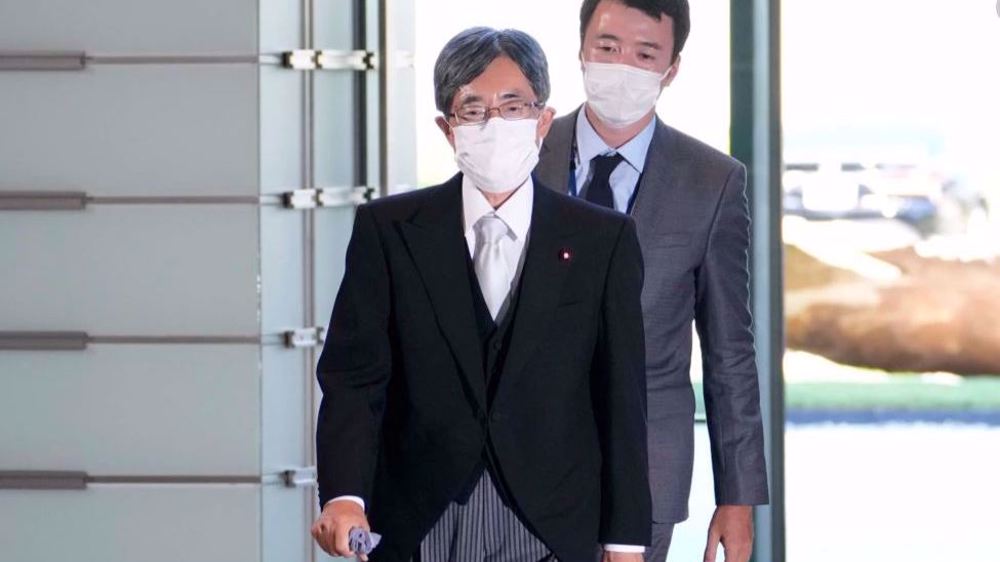 In a fresh blow to Japanese prime minister Fumio Kishida's government, scandal-tainted minister for internal affairs and communications has tendered his resignation following reports of his involvement in a funds-related scandal.

Minoru Terada became the third Japanese cabinet minister to leave the office in less than a month. The other two ministers called it quits as the result of a gaffe or close ties to the controversial Unification Church.

Terada had been under blistering fire over a series of funds-related scandals prompting calls for his resignation from opposition parties who saw him as unsuitable to supervise election-related laws.

The Shukan Bunshun magazine reported that Terada paid around 40,000 yen ($280) as rewards to six local assembly members in his constituency in Hiroshima Prefecture for their support in his election campaign in October last year.

Terada has also acknowledged a report by the weekly that found one of his support groups submitted annual political funding documents for 2019 and 2020 to a local government that were signed off by a person who died in October 2019.

His resignation is seen as a fresh blow to the government's already weak backing from the ruling Liberal Democratic Party (LDP).

Kishida said he accepted Terada's resignation in order to prioritize the parliamentary debate, including deliberations regarding a second extra budget for the fiscal year ending in March.

"I feel a heavy responsibility," he told reporters after the flurry of resignations, adding that he planned to formally name Terada's successor early on Monday.

As leader of the ruling party, Kishida plans to appoint fellow LDP lawmaker and former foreign minister Takeaki Matsumoto as Terada's successor, according to reports in local media.

The embattled premier, whose support ratings have plunged to below 30 percent, may now have difficulty carrying out his political agenda.

His popularity started to decline after the assassination of former prime minister Shinzo Abe revealed strong and longstanding links between the LDP and the Unification Church, an outfit some describe as a cult.

Abe's assassin reportedly said his mother was bankrupted by the Church and blamed the former premier for supporting it. The LDP has acknowledged many members have links to the Church, but denied any systemic link to the LDP.

Before Terada, Daishiro Yamagiwa, former economic revitalization minister, resigned on October 24 owing to his ties to the Unification Church.

More harm came last week from the resignation of justice minister Yasuhiro Hanashi for comments seen as making light of his work responsibilities, specifically signing off on executions.

Also, there has been a massive public outcry against Kishida's decision to hold a state funeral for Abe, which took place at the end of September.