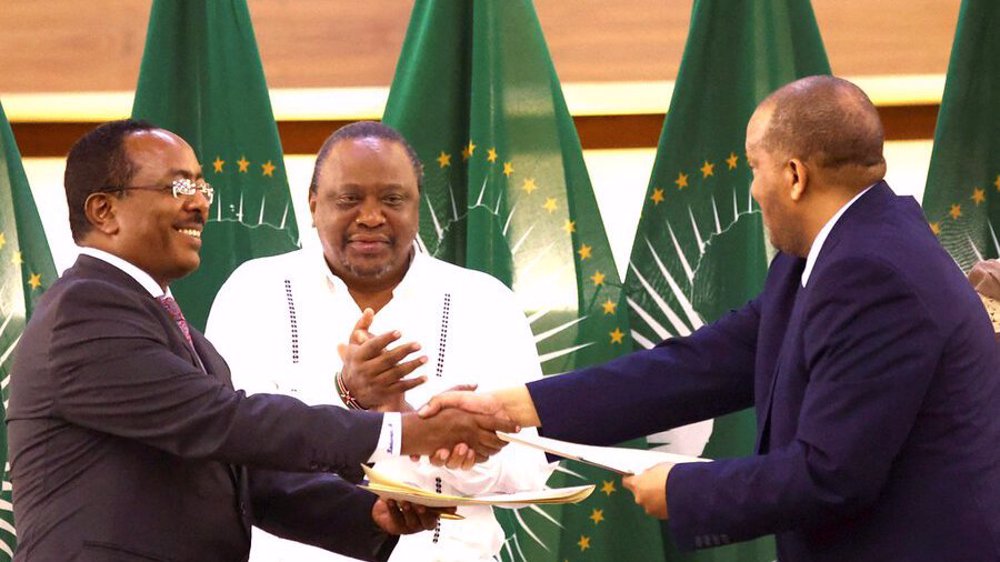 The Ethiopian government and Tigrayan forces have signed an agreement to lay out a roadmap for implementation of a peace deal that both sides reached in South Africa this month.

Before the Saturday agreement was reached, representatives of the Ethiopian government and the Tigray People's Liberation Front (TPLF) held meetings in Nairobi from Monday to reach an agreement on various aspects related to the implementation of the peace pact signed in Pretoria.

"The parties have agreed to facilitate unhindered humanitarian access to all in need of assistance in Tigray and neighboring regions," according to a joint statement read out at a Nairobi press conference.

African Union’s special envoy Olusegun Obasanjo, who has been mediating the peace negotiations, said deal was with "immediate effect."

The two sides have also agreed to establish a joint committee to implement an agreement to disarm fighters with the TPLF, the statement said. Disarmament will start on Nov. 15, the declaration said.

Saturday's declaration is expected to boost efforts by the African Union mediators to resolve a two-year conflict that has killed thousands and displaced millions in the Horn of Africa country.

Both sides said they were committed to the declaration, stressing it was the only way to restore peace and stability to the war-torn country.

"We will fully dedicate ourselves to implementing the Pretoria agreement and this declaration," said Birhanu Jula, a senior Ethiopian military official and one of the government representatives at the talks.

The role of Eritrea, which has not participated in the talks, remains concerning. The Eritrean troops have fought in the conflict on the side of the Ethiopian army.

"Disarmament of heavy weapons will be done with the withdrawal of foreign and non-ENDF (federal military) forces from the region," the declaration signed on Saturday said, without specifically naming any foreign forces.

Asked if it included accountability for war crimes, Uhuru Kenyatta, another mediator and former president of Kenya, said that would come "when the guns are silenced and the dire humanitarian situation is addressed."

"There shall be severe sanctions against anyone who commits atrocities against civilians," he added.

Aid agencies are now preparing to send a convoy to Alamata in southern Tigray next week, and work out the final details for getting aid to other areas, a senior humanitarian official in Ethiopia said on Saturday.

Ghana braces as Sahel war spills into Gulf of Guinea