More US companies charging employees for job training if they quit 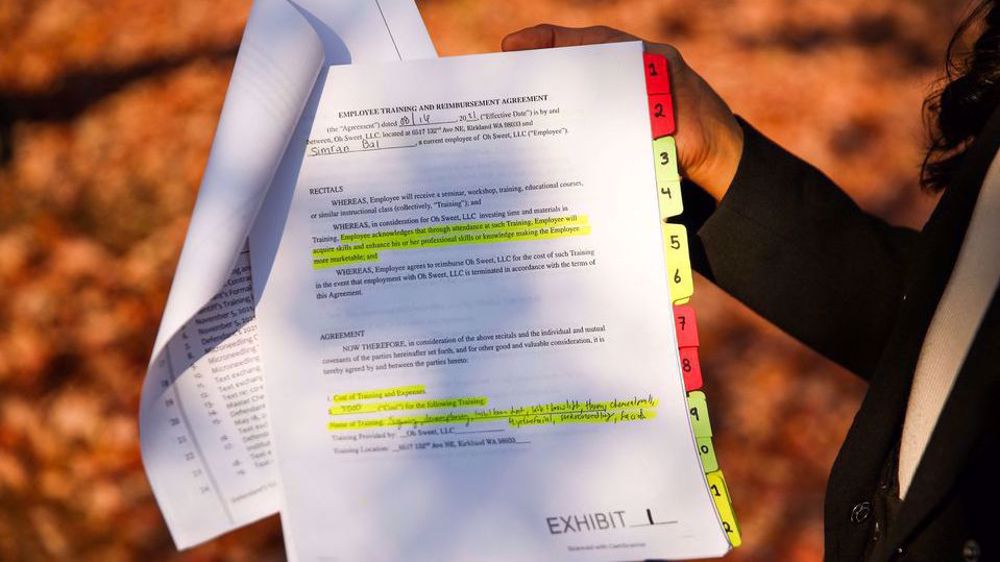 Licensed esthetician Simran Bal, who was taken to court by her former employer to repay $1,900 in trainings they required her to attend, displays a copy of the employee training and reimbursement agreement from Oh Sweet, LLC outside King County District Court in Shoreline, Washington, US, October 13, 2022. (Photo by Reuters)

When a Washington state beauty salon charged Simran Bal $1,900 for training after she quit, she was shocked.

Not only was Bal a licensed esthetician with no need for instruction, she argued that the trainings were specific to the shop and low quality.

Bal's story mirrors that of dozens of people and advocates in healthcare, trucking, retail and other industries who complained recently to US regulators that some companies charge employees who quit large sums of money for training.

Nearly 10% of American workers surveyed in 2020 were covered by a training repayment agreement, said the Cornell Survey Research Institute.

The practice, which critics call Training Repayment Agreement Provisions, or TRAPs, is drawing scrutiny from US regulators and lawmakers.

On Capitol Hill, Senator Sherrod Brown is studying legislative options with an eye toward introducing a bill next year to rein in the practice, a Senate Democratic aide said.

At the state level, attorneys general like Minnesota's Keith Ellison are assessing how prevalent the practice is and could update guidance.

Ellison told Reuters he would be inclined to oppose reimbursement demands for job-specific instruction while it “could be different” if an employer wanted reimbursement for training for a certification like a commercial driving license that is widely recognized as valuable.

The Consumer Financial Protection Bureau has begun reviewing the practice, while the Justice Department and Federal Trade Commission have received complaints about it.

The use of training agreements is growing even though unemployment is low, which presumably gives workers more power, said Jonathan Harris who teaches at the Loyola Law School Los Angeles.

“Employers are looking for ways to keep their workers from quitting without raising wages or improving working conditions,” said Harris.

The CFPB, which announced in June it was looking into the agreements, has begun to focus on how they may prevent even skilled employees with years of schooling, like nurses, from finding new, better jobs, according to a CFPB official who was not authorized to speak on the record.

“We have heard from workers and worker organizations that the products may be restricting worker mobility,” the official said.

TRAPs have been around in a small way since the late 1980s primarily in high-wage positions where workers received valuable training. But in recent years the agreements have become more widespread, said Loyola's Harris.

One critic of the CFPB effort was the National Federation of Independent Business, or NFIB, which said the issue was outside the agency's authority because it was unrelated to consumer financial products and services.

“(Some state governments) have authority to regulate employer-driven debt. CFPB should defer to those governments, which are closer to the people of the states than the CFPB,” it added.

Bal said she was happy when she was hired by the Oh Sweet salon near Seattle in August 2021.

But she soon found that before she could provide services for clients, and earn more, she was required to attend trainings on such things as sugaring to remove unwanted hair and lash and brow maintenance.

But, she said, the salon owner was slow to schedule the trainings, which would sometimes be postponed or cancelled. They were also not informative; Bal described them as “introductory level.” While waiting to complete the training, Bal worked at the front desk, which paid less.

When she quit in October 2021, Bal received a bill for $1,900 for the instruction she did receive. “She was charging me for training for services that I was already licensed in,” said Bal.

Karina Villalta, who runs Oh Sweet LLC, filed a lawsuit in small claims court to recover the money. Court records provided by Bal show the case was dismissed in September by a judge who ruled that Bal did not complete the promised training and owed nothing. Villalta declined requests for comment.

In comments to the CFPB, National Nurses United said they did a survey that found that the agreements are “increasingly ubiquitous in the health care sector,” with new nurses often affected.

Many nurses said they were not told about the training repayment requirement before beginning work, and that classroom instruction often repeated what they learned in school.

The International Brotherhood of Teamsters said in comments that training repayment demands were “particularly egregious” in commercial trucking. They said firms like CRST and C.R. England train people for a commercial drivers license but charge more than $6,000 if they leave the company before a certain time. Neither company responded to a request for comment.

The American Trucking Associations argues that the license is portable from one employer to another and required by the government. It urged the CFPB to not characterize it as employer-driven debt.

Steve Viscelli, a sociologist at the University of Pennsylvania who spent six months training and then driving truck, said the issue deserved scrutiny.

“Anytime we have training contracts for low-skilled workers, we should be asking why,” he said. “If you have a good job, you don't need a training contract. People are going to want to stay.” 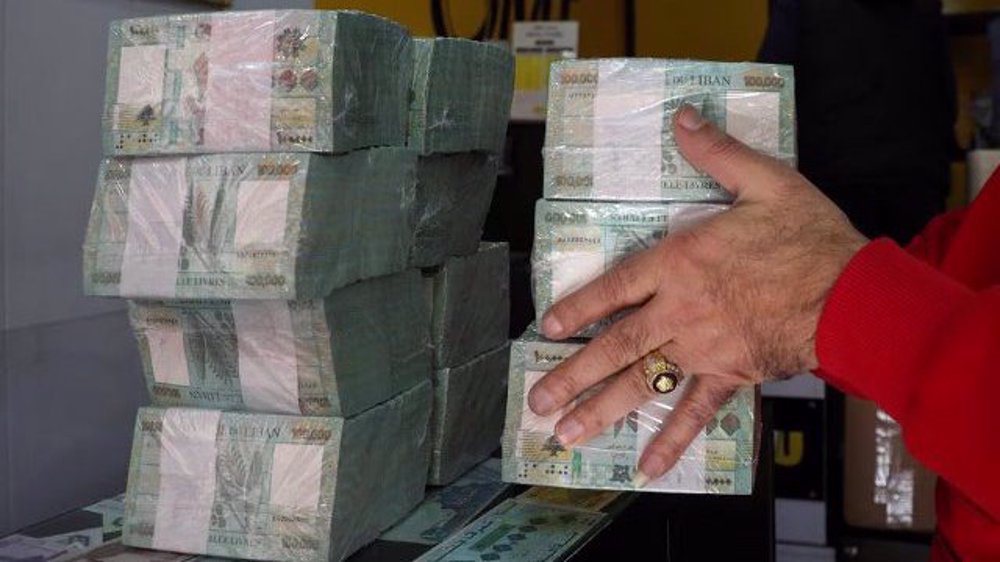