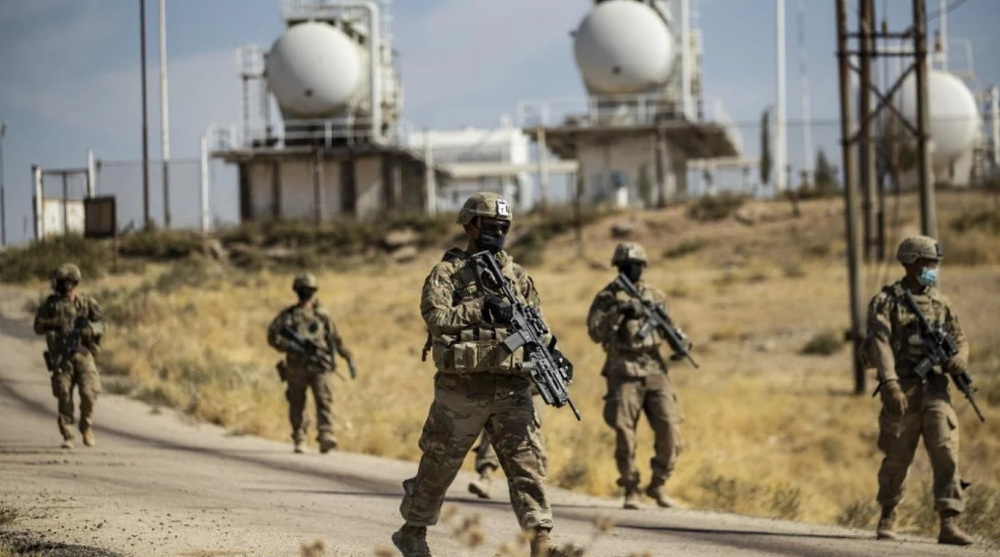 In this file picture, US occupation forces patrol an oil field in the oil-rich northeastern part of Syria. (Photo by AFP)

The US military has reportedly used dozens of tanker trucks to smuggle crude oil from Syria’s northeastern province of Hasakah to bases in neighboring Iraq, where American forces and trainers are stationed, as Washington continues to loot energy resources in the war-ravaged country.

Syria’s official news agency SANA, citing local sources in al-Ya'rubiyah town, reported that a convoy of 50 tankers, laden with oil from the energy-rich Jazira region, left Syria through the illegal Mahmoudiya border crossing on Friday, and headed towards Iraqi territories.

SANA noted that US forces have intensified their theft of Syrian crude oil over the past few weeks with the help of US-sponsored and Kurdish-led militants affiliated with the Syrian Democratic Forces (SDF).

The development came a week after the US military smuggled a consignment of stolen Syrian oil into northern Iraqi regions.