This file image from Louisiana State Police Trooper Dakota DeMoss' body-worn camera video shows other troopers holding up Ronald Greene before paramedics arrived on May 10, 2019, outside of Monroe, La. (Photo via AP)

The US state of Louisiana has launched an inquiry into the death of Black motorist Ronald Greene who was killed following a violent arrest at the hands of Louisiana state troopers in 2019.

Louisiana’s Republican-controlled state legislature announced the bipartisan inquiry on Thursday after revelations earlier this month that governor John Bel Edwards, a Democrat, was informed within hours that troopers arresting Greene, who was unarmed, engaged in a “violent, lengthy struggle,” yet he kept quiet for two years.

Meanwhile, state police told a much different story to the victim’s family and in official reports; that Greene died from a crash after a high-speed chase.

The Louisiana house speaker, Clay Schexnayder, said the inquiry would examine the state’s response to the incident at “all levels”.

“These events have raised serious questions regarding who knew what and when,” Schexnayder said in a statement. “The actions taken that night and the cryptic decisions and statements made every step of the way since then have eroded public trust.”

Edwards, who in the midst of a closely fought election campaign at the time of Greene’s death, has adamantly denied that he and his office were involved in any cover-up of the incident.

However, he withheld detailed public comment until years later after the Associated Press publishing graphic body-camera footage of the incident.

It can be seen in the footage that Greene, his faced bloodied, had been punched, shocked with a Taser, handcuffed and laid prone on the ground by a group of six Louisiana state troopers. 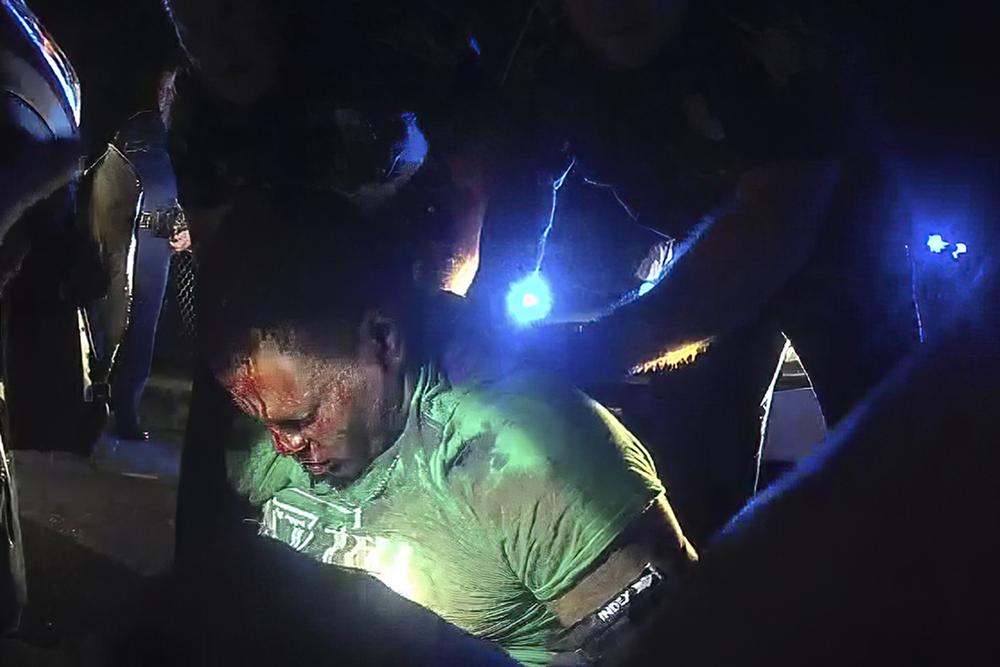 Edwards, at a news conference last week, said for the first time that the incident was an act of racism. He has come under harsh criticism from the state’s Black caucus as well as civil rights campaigners for his handling of the incident.

According to Schexnayder, a new investigative committee would be made up of four Democrats and four Republicans.

The committee would start public hearings in the weeks to come and Edwards himself is likely to be among the witnesses called for testimony.

Lawmakers might also request a range of documents, including text messages from the governor that he has yet to release in response to a public records requested by news outlets, including the Associated Press.

In an interview with the Guardian last week, Greene’s mother, Mona Hardin, expressed outrage at his response to the text message revelations.

US shooting: Crowds flee from horrific attack on July 4 festivities

Analyst: Violence in US is ‘chickens coming home to roost’1hr

Parents of Black man ‘executed’ by US police demand justice