US Special Representative for Afghanistan Reconciliation Zalmay Khalilzad testifies at a hearing before the House Foreign Affairs Committee on Capitol Hill in Washington, on May 18, 2021. (Photo by Reuters)

US Special Representative for Afghanistan Zalmay Khalilzad has resigned following the American military’s humiliating defeat in the twenty-year war in the country and the failure of the so-called peace process, the State Department has confirmed.

The Biden administration’s top envoy for Afghanistan, Khalilzad, tendered his resignation on Monday in a letter sent to Secretary of State Antony Blinken. His resignation went into effect on Tuesday.

Khalilzad told Blinken that it was "the right time" to leave, "at a juncture when we are entering a new phase in our Afghanistan policy."

"Tomorrow, I step down from my position as the Special Representative for Afghanistan Reconciliation. I decided that now is the right time to do so, at a juncture when we are entering a new phase in our Afghanistan policy," he wrote in the letter, which was obtained by Politico.

Khalilzad admits “the political arrangement between the Afghan government and the Taliban did not go forward as envisaged. The reasons for this are too complex and I will share my thoughts in the coming day and weeks."

"Going forward, I plan to contribute to the discussion and debate about not only what happened but what should be done next," he continued. 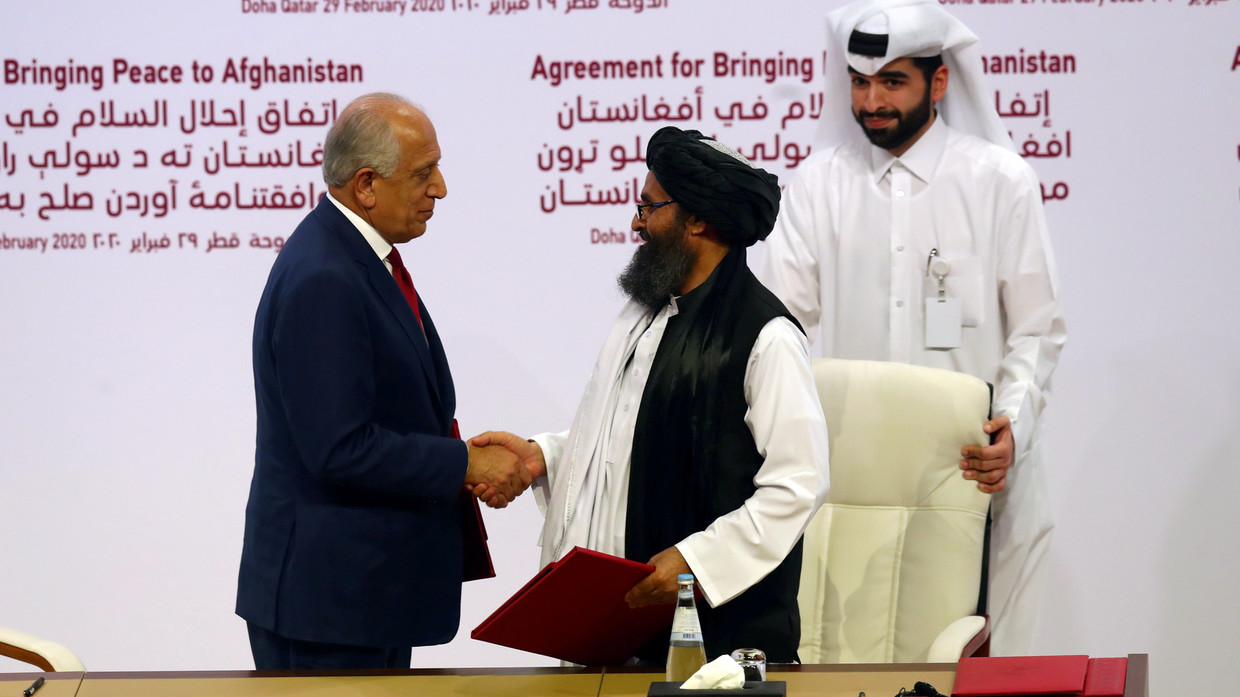 He led several rounds of talks with the Taliban in Qatar that resulted in the Trump administration’s agreement to leave Afghanistan by May 2021. Biden pulled out US troops from the country by August 31.

“I thank Ambassador Khalilzad for his service and welcome Special Representative West to the role,” Blinken said in a statement, adding that the new envoy, who previously served on former President Barack Obama’s national security team, will now “lead diplomatic efforts” with Afghanistan’s new Taliban-led government.

The US invaded Afghanistan in October 2001 following the September 11, 2001 attacks on the United States. American forces occupied the country for about two decades on the pretext of fighting against the Taliban. But as the US forces left Afghanistan, the Taliban stormed into Kabul, weakened by continued foreign occupation.

Following the 9/11 attacks, the United States invaded and occupied Afghanistan, despite the fact that no Afghan was involved in the attacks. Hundreds of thousands of Afghans died in the US war on the country.

In his first congressional testimony before the Senate Armed Services Committee members on September 28, Mark Milley, chairman of the Joint Chiefs of Staff, called the war in Afghanistan a “strategic failure”. He added, “There’s no way else to describe that.”

Then on September 29, Miley doubled down on his assessment. He said, "It is clear. It is obvious to all of us, that the war in Afghanistan did not end on the terms we wanted, with the Taliban in power in Kabul. The war was a strategic failure.”

He told the Senate committee that the US war “wasn't lost in the last 20 days or even 20 months,” but it was “lost” through decisions spanning 20 years.

“There's a cumulative effect to a series of strategic decisions that go way back,” said the 63-year-old general, the top military advisor to President Joe Biden, who ordered an end to the two-decade US troop presence in Afghanistan.

Trump censures Biden, says US ‘surrendered in defeat’ in Afghanistan
“There has never been anything like this. It looks like we fled.”

Trump denounced Biden’s hasty withdrawal of America’s military assets from Afghanistan, censuring the “ineptitude” of the current administration in Washington that has “surrendered in defeat.”

In a video message at the 20th anniversary of the September 11 attacks, Trump said there has “never been a greater embarrassment” to the country than the Biden administration’s “rushed” withdrawal from Afghanistan.

Sri Lanka has run out of petrol, only 1 day of fuel stock left, new PM warns26min