This photo shows an Afghan interpreter holding a string of beads for counting prayers awaiting to translate at a meeting between US Marines and local residents and police at PB Fulod in Sangin, Afghanistan on June 12, 2012. (Photo by AFP)

Americans are easing visa requirements while making arrangements to relocate some of their Afghan “friends” in Kuwait and Qatar.

US forces are scheduled to leave Afghanistan by September, ending the country’s longest war in its history.

Biden: 'I will not send another generation of Americans to war in Afghanistan’, US to leave on 31 August
US President Joe Biden has strongly defended his decision to pull US troops out of Afghanistan, confirming the US military mission will end on Aug. 31, ahead of his original Sept. 11 deadline.

Alongside the exit of US forces from Afghanistan, the White House decided to resettle some of its Afghan employees, including translators, drivers and others, in a third country until their US visas come through.

The Wall Street Journal reported on Thursday that the White House is planning to relocate up to 35,000 Afghan interpreters and their families at Camp Buehring in Kuwait and Camp As -Sayliyah in Qatar.

Neither country has yet agreed to host America’s Afghani “friends”.

Local employees, who fear retribution for working with US forces against the Afghan Taliban militants, have been promised to receive Special Immigrant Visas (SIV) by the White House.

The SIV, when issued, will grant the Afghan employees safe passage to America and a pathway to citizenship.

However, housing the Afghans until the visas come through, has turned into a major problem for US officials.

Housing the Afghans will cost the US tax payers several hundred million dollars, according to the WSJ citing an anonymous source.

A US base in Virginia, or US bases in Guam or other US territories have been suggested to house to Afghans until their visa applications would be reviewed.

US lawmakers on Thursday approved a bill that would increase the number of SIVs by 8,000, in addition to speeding up the application process by removing a requirement that makes Afghan employees requesting the US visa of providing evidence to prove that they are under threat of Taliban retribution.

“The phrase life and death gets tossed around a lot in this chamber, but this bill is truly that for thousands of our Afghan friends,” Rep. Jason Crow, D-Colo., a former Army Ranger who served in Afghanistan and who introduced the bill, said on the House floor ahead of Thursday’s vote.

Crow insisted that the Taliban forces, who were ousted from power by the US-led troops in 2001, will hunt down and kill the local forces who aided the Americans.

“The Taliban is intent on hunting down and killing Afghans who have served alongside Americans the past 20 years,” Crow said.

In the meantime, the Taliban, which has been pushed back by government forces after its initial gains in past weeks, has assured the US that it would not retake the Afghan capital in the next six months.

Last month, the WSJ published a report citing the US intelligence community’s new assessment confirming that Kabul could fall into the Taliban’s hands in 2022. 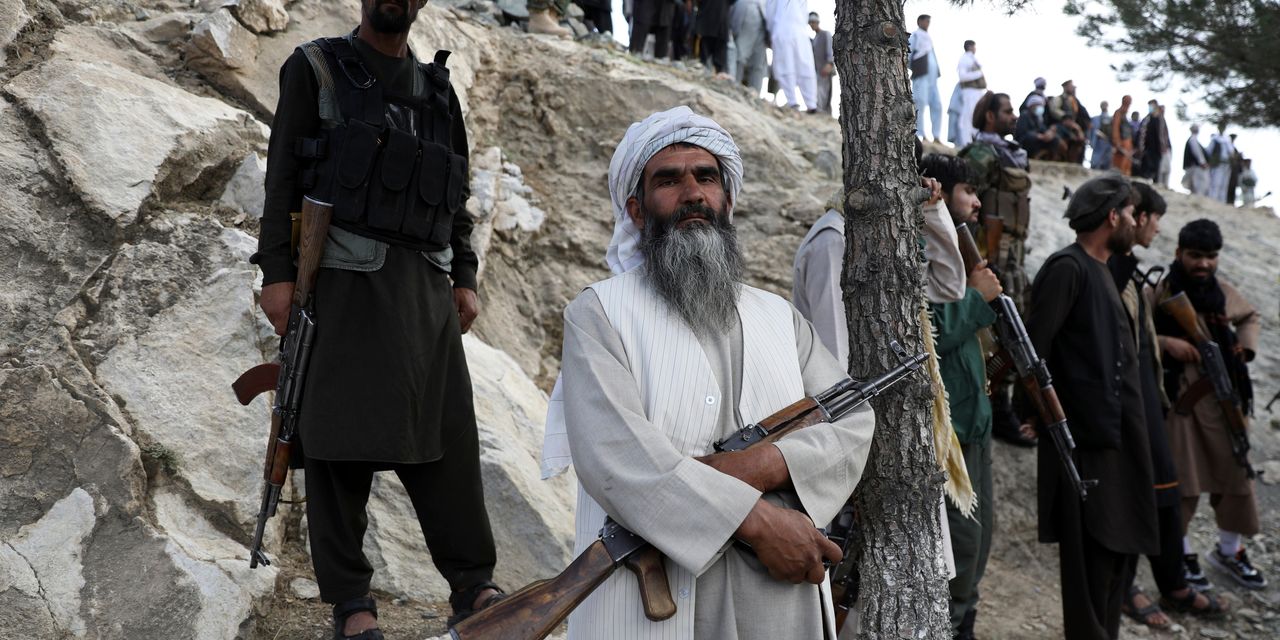 Kabul could collapse within six to 12 months of the US pullout, the pro-US establishment newspaper reported in June citing US intelligence sources.

The fall of the government in Kabul could come sooner than previously forecast, according to anonymous US officials who spoke to WSJ.

The new assessment of the US intelligence community, which had initially been more optimistic, was now in accordance to the more pessimistic analysis which had been offered by the US military, it said.

However, earlier this week, Chairman of the US Joint Chiefs of Staff Gen. Mark Milley said “all kinds” of outcomes were possible in Afghanistan.

In the meantime, Afghan forces gained control over Herat's Karokh district as peace talks between Kabul and the Taliban continue in the Qatari capital Doha.

Liberation of Karokh district of Herat province!
The terrorists #Taliban suffered heavy casualties and fled the district.
The district is now completely under the control of #ANDSF.
Liberation of districts continues ... pic.twitter.com/YTbaMbzNZY

The US-brokered Doha peace talks practically collapsed after the militant group’s representatives insisted that they will not agree on ceasefire and peace unless there is an agreement on a new government in Afghanistan.

In response, US State Department’s deputy spokesperson Jalina Porter called on the Taliban to get serious.

“We call on the Taliban to engage in serious negotiations to determine a political roadmap for Afghanistan's future that leads to a just and durable settlement,” “A negotiated settlement between the Islamic Republic and the Taliban is the only way to end 40 years of war and bring Afghans to peace that they seek and deserve,” she admitted.

"We vehemently condemn the targeted attacks, the destruction of vital infrastructure, as well as other attacks against the people of Afghanistan," Porter said at a regular news briefing on Friday.

Petraeus: US would destroy Russia’s troops if Putin uses nukes

Biden: US will give $625 million in new military aid to Ukraine 27min

Taliban: Foreign forces’ interpreters have nothing to fear if ‘show remorse’