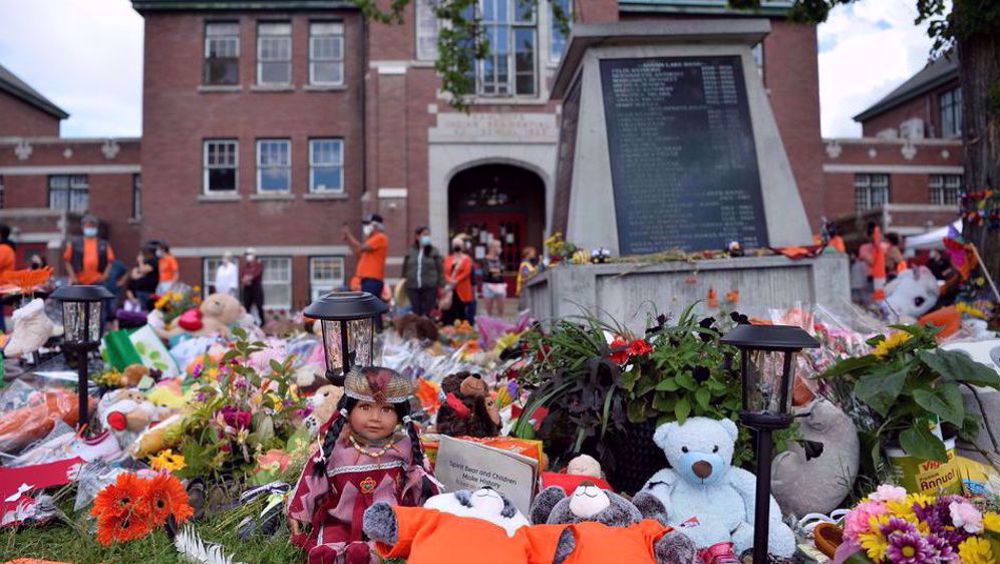 A memorial on the grounds of the former Kamloops Indian Residential School in British Columbia, Canada, June 5, 2021. (File photo by Reuters)

The Canadian government has agreed to pay $2 billion to settle a class-action lawsuit seeking compensation for the harm suffered by Indigenous children in residential schools.

Minister of Crown-Indigenous Relations Marc Miller announced the settlement at an event on Saturday, saying it would not "erase or make up for the past" but "what it can do is address the collective harm caused by Canada's past."

The lawsuit was brought by 325 First Nations in 2012, and sought compensation for the abuse Indigenous Canadians faced at government boarding schools and the erosion of their culture and language.

The new settlement must still be approved by a court. According to the government, the money will be paid to a non-profit trust to support "healing, wellness, education, heritage, language and commemoration activities" for Indigenous Canadians over the course of 20 years. 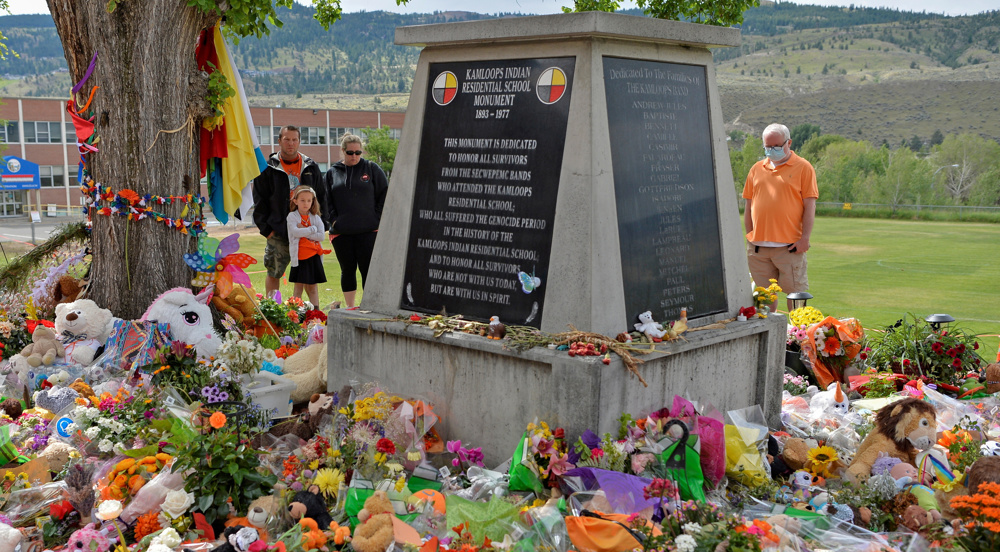 Over 150,000 natives or First Nations children were forced to attend 139 residential schools across Canada from the late 1800s to the 1990s, spending months or years isolated from their families. The program aimed to isolate the Indigenous children from the influence of their homes and culture and assimilate them into Canadian society by Christianizing them. But many of them were subjected to abuse, rape, and malnutrition.

Over the past year and a half, more than 1,300 child graves have been found near government-run compulsory boarding schools in Canada where Indigenous children were forcibly assimilated. The discoveries have sent shockwaves through the country and raised national awareness of the dark past of how Indigenous people were treated.

In 2015, the government-sponsored Truth and Reconciliation Commission investigating the matter described the Church’s atrocities against First Nations, Inuit and Metis natives as “cultural genocide.”

Over 4,100 children who died due to disease or in accidents at schools have been identified to date. They were often buried in unmarked graves, without identification or notice to their parents.

Is the US planning war with China?2hr