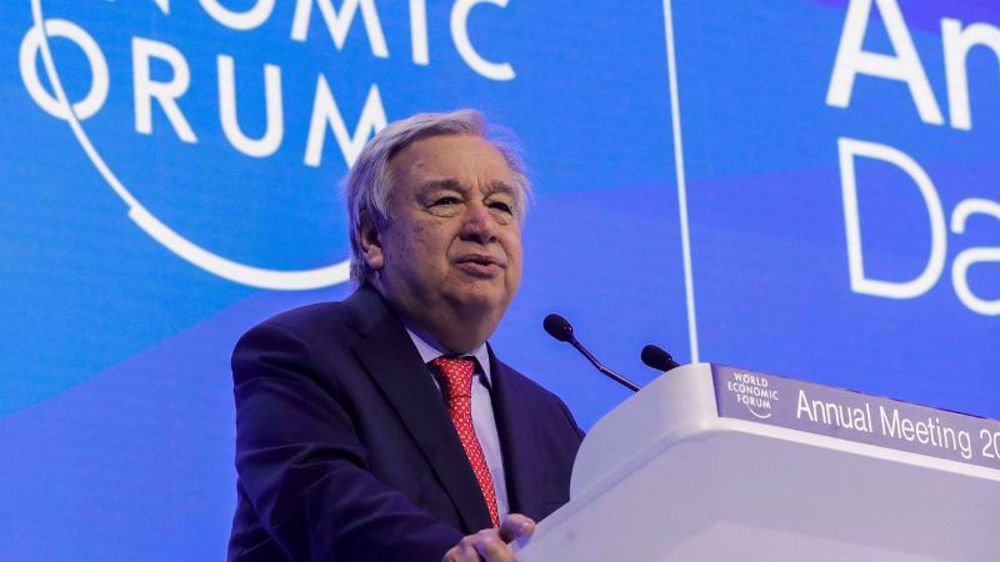 UN Secretary-General Antonio Guterres has denounced giant fossil fuel companies for ignoring their own climate science, warning that their business model is "inconsistent with human survival."

In a grim table-setting speech at the World Economic Forum in Davos, Switzerland, the UN chief condemned the fossil fuel industry for seeking to expand production despite being fully aware their business model is incompatible with human survival.

“Just like the tobacco industry, they rode roughshod over their own science. Big Oil peddled the big lie … And like the tobacco industry, those responsible must be held to account,” Guterres said, accusing the world's leading fossil fuel companies, many of which are represented at the forum’s annual meeting at the Swiss resort, of putting the world on course for a climate meltdown decades ago.

The UN chief said the commitment to limit global warming to 1.5 degrees above pre-industrial levels is "going up in smoke."

“We are flirting with climate disaster. Every week brings a new climate horror story."

His comments came just days after a new research detailed the precise climate change predictions made by scientists working for ExxonMobil as far back as the 1970s only to then spend decades publicly contradicting their own research.

Exxon has since denied the accusations.

Those findings echo the criticisms made last year by a task force launched by Guterres to hold corporate actors to account for their pledges.

"More and more businesses are making net zero commitments. But benchmarks and criteria are often dubious or murky. This misleads consumers, investors and regulators with false narratives. It feeds a culture of climate misinformation and confusion. And it leaves the door wide open to greenwashing," Guterres said.

The UN chief called on corporate leaders to put forward credible and transparent plans to achieve net zero by the end of the year, adding that reliance on carbon credits did not amount to “real” emission cuts.