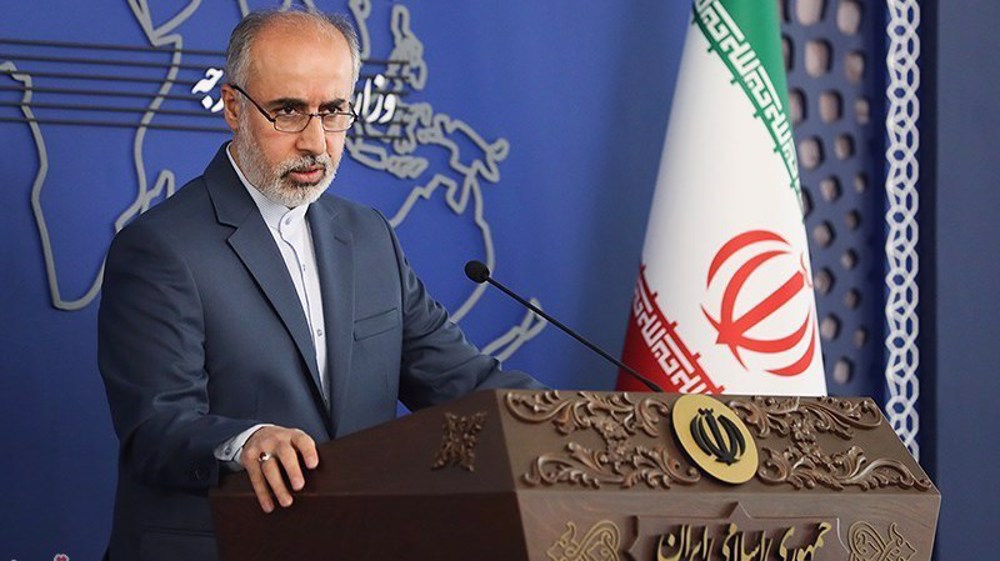 Iran's foreign ministry spokesman says the alarm has been sounded for the occupying Israeli regime and its Western backers, enumerating key recent developments in support of the Palestinian cause.

In a Twitter post on Friday, Nasser Kan’ani pointed to four key developments that have “raise an alarm” for the regime and those who back the occupation.

The two first factors, according to the spokesman, are the “internal political and security crisis and impasse inside Israel,” and the “extension of anti-occupation resistance from Gaza to West Bank and occupied territories of 1948.”

He also cited the “globalization of hatred against the Israeli regime, some aspects of which can be seen on the sidelines of the FIFA World Cup in Qatar,” as well as the adoption of a resolution at the UN General Assembly to introduce the day of establishment of the Israeli regime as the day of Nakba.

The United Nations General Assembly this week voted in a favor of a pro-Palestinian resolution to commemorate Nakba Day, which marks the Israeli regime’s claiming existence in 1948.  The Assembly adopted the resolution on Wednesday, with 90 votes in favor, 30 negative votes, and 47 abstentions.

Kana’ani said “futile” attempts of Israel and its allies to promote Iranophobia are aimed at providing “artificial respiration for dying Israel.”

“The focus of the apartheid Zionist regime and its supporters on Iranophobia is a desperate and futile attempt to distract the public from the issue of Palatine and provide artificial respiration for dying Israel,” he asserted, referring to the hybrid war waged by Western powers against Iran in recent months.

The Israeli regime’s efforts, with the support of the US, to normalize ties with more governments would not diminish the world's aversion for the Zionist regime and its illegitimate nature, Kan’ani stressed.

“The true winner of the World Cup is the Palestinian nation and its loser is the Zionist regime,” the spokesman added.

In a related Twitter post on Wednesday, Kana'an said the so-called “normalization deals” between the Israeli regime and some Arab governments in recent years have failed to stamp out hatred of people in Arab countries towards the apartheid regime.

He said the World Cup 2022 hosted by Qatar has demonstrated disgust against the Tel Aviv regime.

“The FIFA World Cup 2022 in Qatar has turned into a show of (Arab) people’s disgust against the apartheid Zionist regime and the manifestation of the solidarity of nations with the cause of Palestine,” Kana'ani said. “The occupying Israeli regime is hated by all nations,” he hastened to add.

Despite the so-called normalization of ties between some Arab countries and the Israeli regime in 2020, anti-occupation sentiments are running high among Arabs as has been manifested during the 2022 FIFA World Cup, the first one being hosted by a Muslim nation.

In recent weeks, since the football carnival began in Qatar, anti-Israel sentiment has been running high, with football fans from across the world waving the Palestinian flag during the matches.

Football fans have also refused to speak to Israeli journalists covering the World Cup, citing the illegal occupation of Palestinian territories and unbridled atrocities against Palestinians.

Apart from the boycott on Israeli media, large pro-Palestinian banners are displayed by soccer fans in almost entire stadiums in Qatar. Qatari fans and players have also been seen to wear armbands and ribbons featuring the Palestinian flag in rejection of normalization deals with the illegal entity.