Iran-India cooperation not a choice but a necessity: Deputy FM 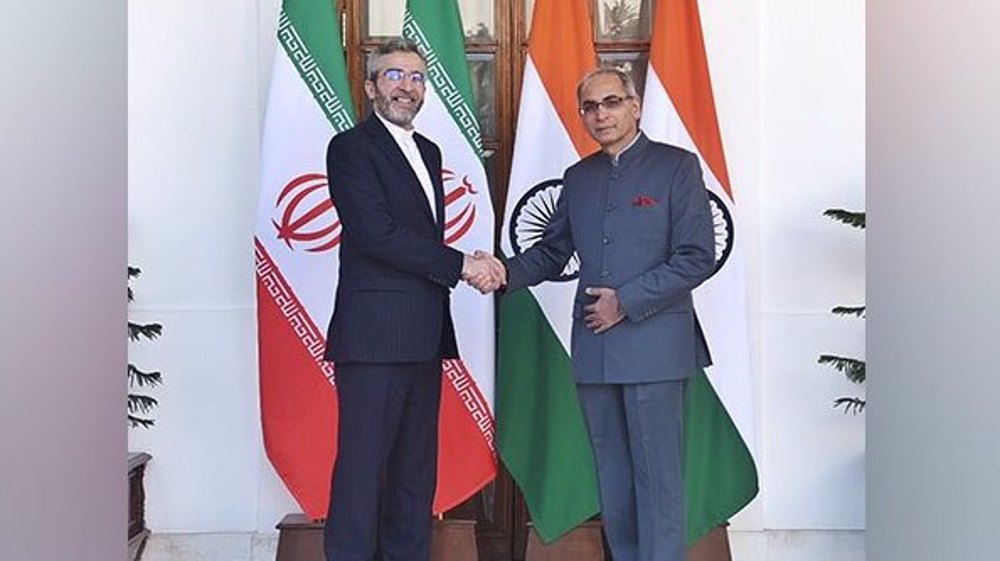 Iran's Deputy Foreign Minister for Political Affairs Ali Bagheri Kani has pointed to the importance of cementing ties between Tehran and New Delhi, adding that increased bilateral cooperation is a necessity that will bring about regional security.

Heading a delegation, Bagheri has traveled to the Indian capital of New Delhi to attend political consultation meetings between Iran and India.

“Persistent dialogue between Iran and India in various fields and bilateral cooperation in issues of mutual interest, especially in regional issues, is not a choice but an irrefutable necessity for protecting the interests of the two countries,” Bagheri said in a Thursday meeting with Indian Foreign Secretary Vinay Mohan Kwatra.

“This will, in practice, take the opportunity away from foreigners who seek to exploit the lack of cooperation between regional countries and impose regional arrangements according to its illegitimate interests and policies based on excessive demands," he added.

Bilateral and multi-lateral cooperation between Iran and India will lead to strengthening regional peace and security while also confronting unilateralism and intervention of trans-regional countries in affairs of the region.

The two sides exchanged views on different topics related to bilateral, regional, and international issues including an upcoming joint economic commission between the two states and India’s investment in Chabahar Port.

The situation in Afghanistan, the fight against terrorism and drug trafficking, the International North-South Transport Corridor, and ways to boost multilateral cooperation in the framework of the Shanghai Cooperation Organisation were among other discussed topics in the meeting.

The Indian foreign ministry issued a statement on the meeting, noting that, “During the delegation level talks, the two sides reiterated their commitment to continue cooperation for development of the Shahid Beheshti terminal of the Chabahar Port.” According to the statement, the “entire gamut of bilateral relations including political, economic, cultural and consular” aspects were discussed during the consultations.

Back on July 7, 2021, Iranian President Ebrahim Raeisi met with visiting Indian Minister of External Affairs Subrahmanyam Jaishankar, noting that collective security and broad economic cooperation are among the top priorities in ties between the two countries.

“Collective security with the participation of regional countries, including Iran and India as two important players in the region besides extensive economic interactions are among the important priorities in relations between the two countries,” Raeisi said then.

He added that “stable and lasting” relations between Tehran and New Delhi, especially in the economic field, depended on regulating the bilateral ties in a manner that they would solely serve the two countries’ national interests.