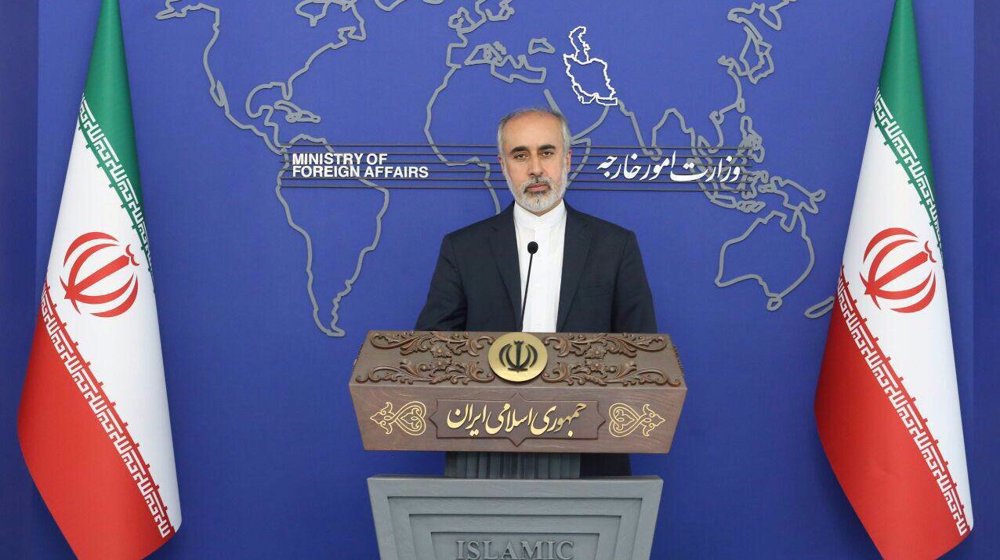 Iran’s Foreign Ministry spokesman has lashed out at US President Joe Biden's claims about "standing with" Iranian women, saying Washington’s expression of support for women contradicts its long-running "maximum pressure" campaign against the entire Iranian nation.

Nasser Kan'ani made the remark in a post on his Twitter account on Thursday after Biden claimed in an official statement that his administration supports Iranian women and their human rights demands amid foreign-backed riots across the country.

In the statement, which was issued on the occasion of International Day for the Elimination of Violence Against Women, Biden said, “We stand with the women of Iran, who are facing down violence and oppression to demand their human rights and fundamental freedoms.”

Responding to Biden’s claim, Kan'ani underlined the US’ years-long imposition of the toughest sanctions against Iran in what he described as “economic terrorism.” He said Washington's bans even included the import of medicine for Iranian Butterfly patients suffering from epidermolysis bullosa (EB); a disease that causes fragile, blistering skin.

Kan'ani said the US president’s claim of support for Iranian women comes as Washington has “left no stone unturned in showing enmity and cruelty” toward the people of Iran and “had no mercy in imposing economic terrorism even against Butterfly kids.”

“President of a regime that for +40yrs has left no stone unturned in showing enmity & cruelty toward Iranian nation & had no mercy in imposing #EconomicTerrorism even agnst Butterfly kids, claims to stand w women of Iran,” the Iranian Foreign Ministry spokesman tweeted, adding, “If so, did your Max Sanx excluded Iranian women & mothers?”

President of a regime that for +40yrs has left no stone unturned in showing enmity & cruelty toward Iranian nation &had no mercy in imposing #EconomicTerrorism even agnst Butterfly kids, claims to “stand w women of Iran.”
If so, did your Max Sanx excluded Iranian women &mothers?

Earlier in the day, Iran’s Deputy Vice President for Women and Family Affairs Khadijeh Karimi, who was addressing a United Nations Human Rights Council (HRC) session on the recent riots in the Islamic Republic, strongly condemned “some Western states” for stoking riots and acts of violence in the country through inciting public emotions, calling their instrumental use of human rights “disgraceful.”

Karimi pointed to hatemongering efforts and spreading false rumors with the goal of fomenting violence by anti-Iran TV channels based in the UK and the US, adding, “West’s interventions led to the killing and injuring of hundreds of Iranian police and security forces as well as destruction of thousands of public and private properties.”

US threatens Iran with military action if JCPOA talks fail8min

Russia says Putin ready to talk on war in Ukraine12min