Turkish President Recep Tayyip Erdogan said Wednesday that a meeting with Syrian counterpart Bashar al-Assad is a possibility, suggesting that the two sides are close to mending fences after 11 years.

Turkey has for the past 11 years backed armed terrorists that unsuccessfully sought to topple the democratically-elected government of Assad, with Erdogan even calling him a "murderer".

Asked by a reporter in the parliament whether he could meet with the Syrian leader, Erdogan said “it is possible”.

"It's possible. There's no room for resentment in politics. Ultimately, steps are taken under the most favorable conditions,” the Turkish leader said, hinting at reconciliation.

The Turkish leader echoed remarks he made last week on revisiting relations with Assad following the presidential and parliamentary elections scheduled for June next year.

Erdogan said there was no eternal resentment or quarrelling in politics, according to a readout of comments he made during his flight back from Bali.

Despite the two leaders not holding a meeting so far, top spies of the two countries have been in contact over the past few months, according to reports.

Ankara snapped its diplomatic ties with Damascus in 2011 in the initial stage of the protracted foreign-backed war. In recent months, the two estranged neighbors have made soft overtures in an attempt to open a new chapter in their relations.

In August, Turkish Foreign Minister Mevlut Cavusoglu said Ankara does not have preconditions for dialogue with the Syrian government

“There cannot be a condition for dialogue but what is the aim of these contacts? The country needs to be cleared of terrorists... People need to be able to return,” Cavusoglu said at the time.

“No conditions for dialogue but what is the aim, the target? It needs to be goal-oriented,” he hastened to add.

Erdogan’s remarks came two days after he said Ankara will launch a ground operation in northern Iraq and northern Syria to eliminate what he claimed to be “terrorist threats.”

The Turkish military has carried out airstrikes against Kurdish-led militant bases in northern Syria and Iraq in recent days following a deadly bomb attack in Istanbul earlier this month.

Code-named Operation Claw-Sword, it is a cross-border aerial campaign against bases of the Kurdistan Workers’ Party (PKK) militant group and the Syrian Kurdish People's Protection Units (YPG) militants, which Turkey considers a terrorist organization and a wing of the PKK.

The PKK has been seeking an autonomous Kurdish region in Turkey since 1984. 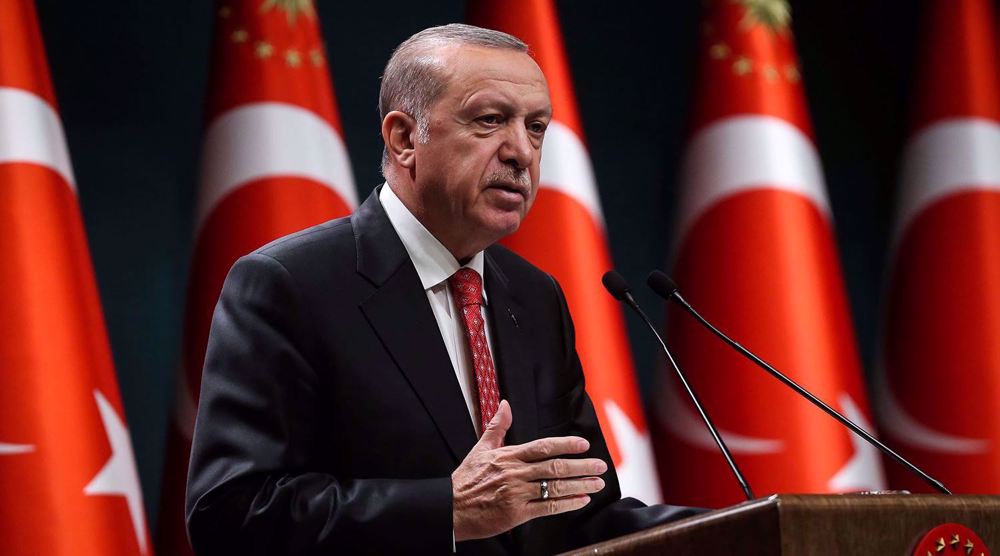 On Wednesday, reports said Turkey attacked some Kurdish positions inside a Russian base in Syria, as a result of which one militant of the so-called Syrian Democratic Forces (SDF) was killed.

Farhad Shami, an official of the so-called Syrian Democratic Forces (SDF), said that in the fresh drone attack, three members of the SDF were wounded, and one person was killed.

Meanwhile, a Kremlin official said Tuesday that he hoped Turkey would refrain from using "excessive force" in Syria amid escalating tensions in a multi-year war.

Russian presidential envoy in Syria Alexander Lavrentyev expressed hope that “it will be possible to convince our Turkish partners to refrain from excessive use of force on the Syrian territory."

“We will, of course, call on our Turkish colleagues to show a certain restraint in order to prevent an escalation of tension, and an escalation of tension not only in the north, but also in the entire territory of Syria," Lavrentyev was quoted as saying by the Russian state news agencies in the Kazakh capital, Astana, ahead of talks on Syria.

Syrian President Bashar al-Assad and other senior officials have said Damascus will respond through all legitimate means available to Turkey's ongoing ground offensive.

One killed as Turkish military helicopter crashes in northern Iraq

Turkish military base in northern Iraq comes under rocket attack