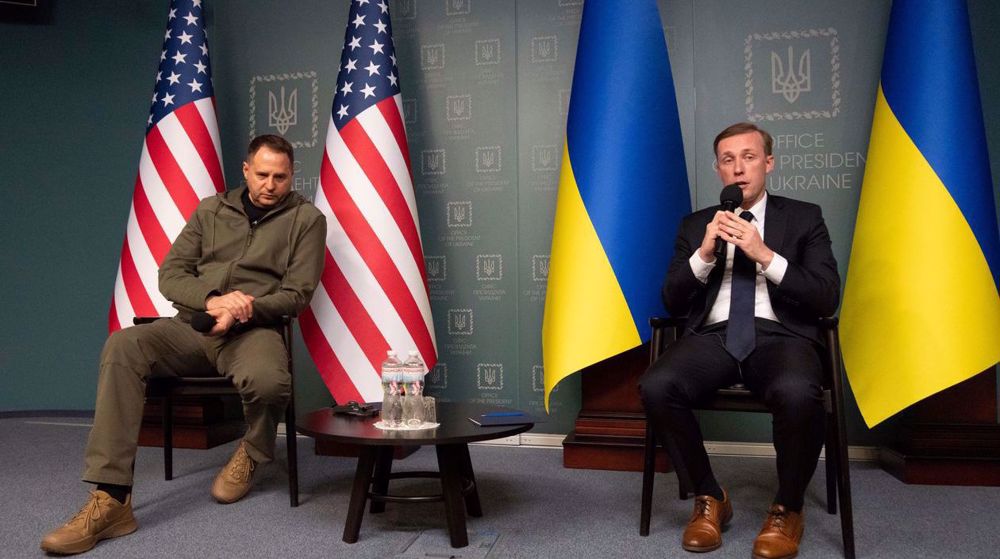 Senior US officials have reportedly begun prodding Kiev to consider peace talks with Moscow, fearing winter may stall its momentum after scoring a key victory in retaking Kherson in the persisting Ukraine war.

Despite continued pledges of support for Ukraine from the US and its allies, “top officials in Washington are beginning to wonder aloud how much more territory can be won by either side and at what cost,” major US daily The Wall Street Journal reported Sunday, noting that some European officials remain “more bullish” on Ukraine’s chances.

Pointing to the looming winter season as well as fears of inflation – impelled by surging energy and food costs, billions of dollars of weaponry already pumped into Ukraine, and the tens of thousands of casualties on both sides – the daily emphasized that top US officials are now talking about “a potential inflection point in the war.”

“There has to be a mutual recognition that military victory, in the true sense of the word, maybe not achievable through military means, therefore you need to turn to other means,” said the Chairman of the US Joint Chiefs of Staff Army Gen. Mark Milley in an address before the Economic Club of New York on Wednesday as quoted in the report. “There’s also an opportunity here, a window of opportunity, for negotiation.”

The US and some of its allies are concerned that their stockpiles of weaponry, including some ammunition, are being depleted at an unsustainable rate, it added, pointing out that US military aid for Ukraine stands at nearly $19 billion so far this year, far outstripping European assistance.

“We are seeing real, practical problems of making military progress, we are seeing shortages of munitions,” said another Western official as quoted in the report.

The prospect that Ukraine won’t make major battlefield gains in the weeks ahead has led the US and some European officials to wonder when public pressure would emerge to demand a settlement, according to the daily.

“We are saying to the Ukrainians that it is up to them to decide when to do it,” said a Western European official, referring to the potential for talks. “But it might be a good idea to do it sooner.”

US officials, for their part, don’t think now is the right time, but more of them believe the coming weeks and months provide an opportunity to talk about talks.

Citing “people familiar with the discussions” the report noted that Washington has signaled to Ukraine “that at a minimum Kiev needs to appear open to a negotiated solution.”

US President Joe Biden’s national security adviser, Jake Sullivan, conveyed that message to Ukrainian President Volodymyr Zelensky and his lieutenants in Kiev on November 4, suggesting that Kiev would gain leverage by showing openness to negotiations.

Two European diplomats briefed on the discussions said Sullivan further recommended that Zelensky’s team start thinking about its realistic demands and priorities for negotiations, “including a reconsideration of its stated aim for Ukraine to regain Crimea,” which joined the Russian Federation following a referendum overwhelmingly approving the move.

The daily insisted, however, that Biden administration officials, including Sullivan, continue to state in public that Washington won’t press Kiev on a diplomatic course.

“It is our job to put them in the best position on the battlefield so that when and if there is an opportunity for diplomacy, they’re in the best position at the bargaining table,” Sullivan claimed on Thursday. “The United States is not pressuring Ukraine. We’re not insisting on things with Ukraine.”

Amid recent Ukrainian gains on the ground, however, Zelensky and his top aides have warned publicly that pursuing peace talks with Russian President Vladimir Putin at this time would amount to a needless surrender.

Moreover, a number of Washington’s European allies have also underlined that Ukraine’s advances leave Kiev with little reason to submit to Moscow’s demands.

They further believe that Ukraine can recapture more territories if Western arms keep flowing, strengthening its position in eventual negotiations. Washington’s new pledge of another $400 million in military aid reinforced the Europeans’ confidence in US support for Ukraine’s forces.

“We as the West, must be extremely careful not to press Ukraine on anything because we know that this war was started by Russia and this war can be ended in a minute if Russia simply decides to end it,” said Latvian Defense Minister Artis Pabriks.

This is while Zelensky declared last Monday that Ukrainian conditions for talks included returning Ukrainian control over its territories, compensating Kiev for “Moscow’s invasion” and bringing to justice perpetrators of war crimes.

Meanwhile, officials in some European countries, particularly in the east and north, have insisted that publicly pressing for talks could hurt Ukraine’s efforts and play to Russia’s aims of dividing the alliance.

“We need to talk about the cost of peace,” one northern European official said as quoted in the report. If the war ends now, “The message the Ukrainians would get is that their fight was meaningless. The message Russia would get is that this is the time to refit and rebuild economically. No one believes [Russia] will stop until they achieve their strategic objective.”

The development came as Zelensky accused Russian soldiers of committing war crimes and killing civilians – without evidence -- in Kherson, which was retaken by Ukraine last week following Russia’s withdrawal of its forces from the city.

“Investigators have already documented more than 400 Russian war crimes. Bodies of dead civilians and servicemen have been found,” Zelenskyy claimed in his nightly video address on Sunday, without specifying the locations where the bodies had been discovered.

“The Russian army left behind the same savagery it did in other regions of the country it entered,” he further alleged.

The Western-sponsored Ukrainian president also warned Kherson residents about the presence of Russian mines, saying: “I am asking you please not to forget that the situation in Kherson region remains very dangerous.”

Zelensky’s allegations have not been independently verified and Russia has strongly denied that its forces have deliberately targeted civilians.

Ukrainian troops arrived in the southern city of Kherson after Russia abandoned the regional capital, which fell shortly after it started its “special military operation” in the country.

The withdrawal marked the third significant Russian pullout of troops in the conflict and followed a major Ukrainian counteroffensive that had retaken parts of the east and south.

The governor of the Kherson region, Yaroslav Yanushevych, said the authorities had decided to maintain a curfew from 5 pm local time until 8 am and ban people from leaving or entering the city as a security measure.

The recapture of the city opens a gateway for Ukraine to the entire Kherson region, with access to both the Black Sea in the west and the Sea of Azov in the east. 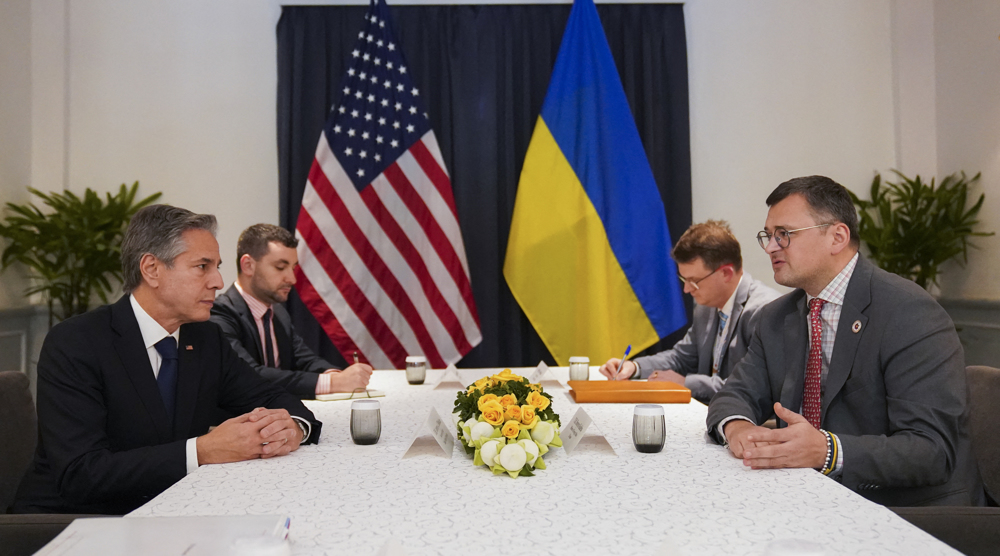 Ukraine on way to 'joint victory' with West over Russia: FM 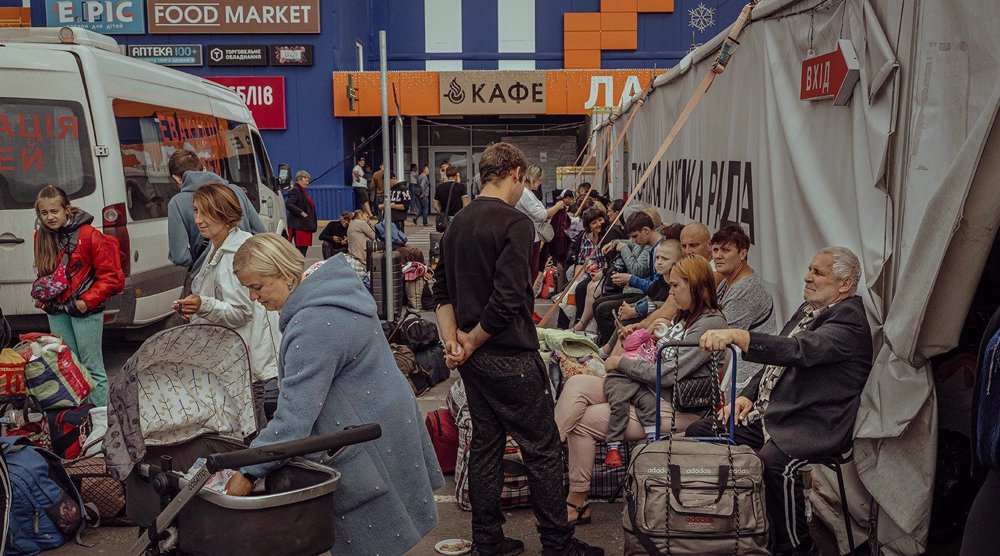 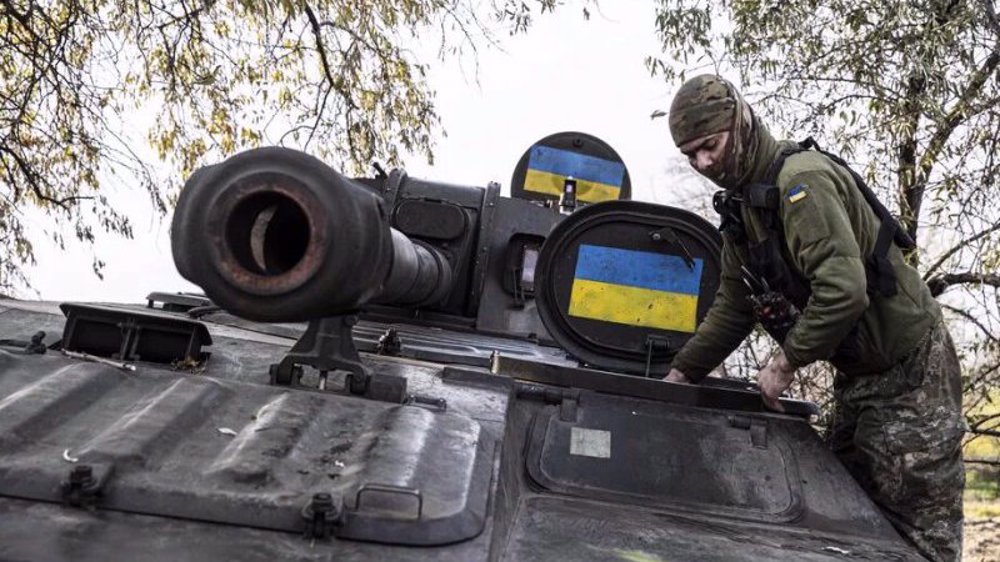