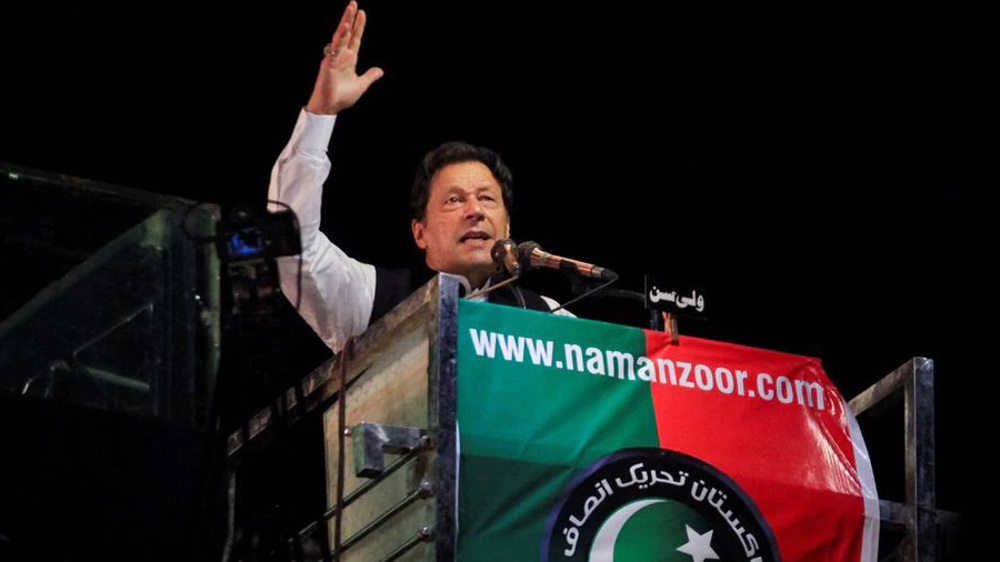 Ousted Pakistani Prime Minister Imran Khan gestures as he addresses supporters during a rally, in Lahore, Pakistan, on April 21, 2022. (Photo by Reuters)

Former Pakistani Prime Minister Imran Khan announced on Tuesday that he would begin a protest march with his supporters from the eastern city of Lahore to Pakistan's capital Islamabad on Friday to call for early elections.

"I have decided to launch the long march from Friday at 11.00 am from Liberty Square in Lahore to Islamabad," Khan said at press conference in Lahore on Tuesday evening. The distance between the two cities is about 380 kilometres.

"I am marching to press the government to announce elections immediately," he said, adding his supporters and party members should avoid violence.

Since being removed from office by a no-confidence vote in the legislature in April, Khan has held protests across the country calling for snap elections, but the government has said they will be held as scheduled in October or November next year. 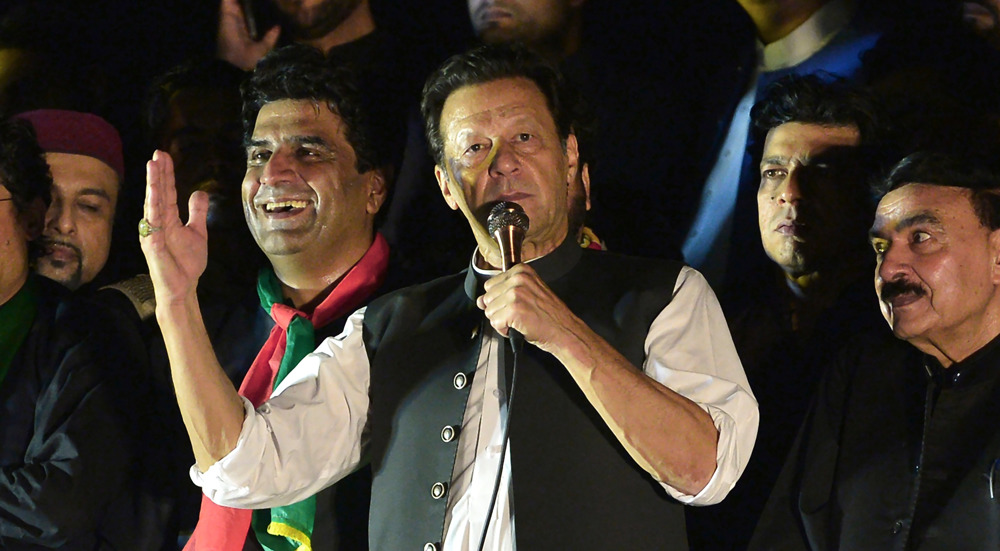 Last week's ruling has added to the political and economic uncertainty plaguing Pakistan this year. The 70-year-old cricketer-turned-politician was accused of misusing his 2018 to 2022 premiership to buy and sell gifts in state possession that were received during visits abroad and worth more than 140 million Pakistani rupees ($634,920.63).

The Election Commission of Pakistan ruled that Khan would be removed from his seat in parliament but did not order a longer disqualification from public office, which under Pakistani law can be up to five years.

The political instability has also fuelled economic uncertainty, with international ratings agencies questioning if the current government can maintain difficult economic policies in the face of political pressure and looming elections.

Imran Khan given chance to come clean on contempt charges