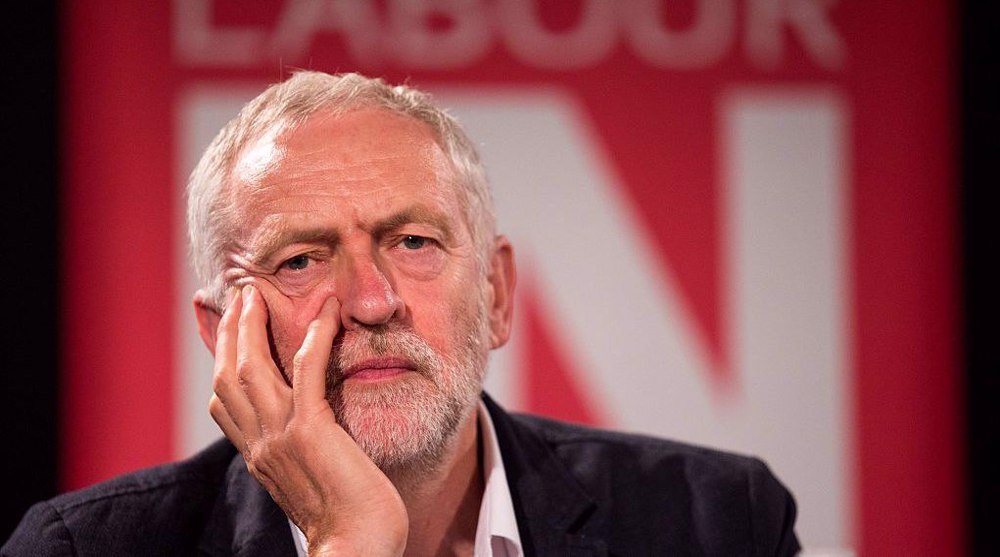 The hidden truth about The Labour Files, the largest leak in Britains political history, is the opposite of the right-wing critics of the Labour Party.

They say that Jeremy Corbyn, the former leader of the UKs Labour Party, interfered to slow down the progress of antisemitism cases.

The truth was that he speeded them up massively. In doing so, he intensified the witch-hunt against ordinary party members, despite the lack of evidence of a specific problem in the Labour Party of so-called antisemitism.

In fact, the evidence shows that levels of antisemitism in the Labour Party were lower than in society in general.

The number of notices of investigation, suspensions and expulsions connected to antisemitism all surged exponentially once Jennie Formby took over as General Secretary in the spring of 2018.

In 2019, there were 45 expulsions; in 2017 there had only been one. Was this because there was a real and increasing problem of antisemitism? No. However, the Corbyn-led party took over and extended the witch hunt by internalizing Zionist talking points on what antisemitism was.

These sang from the hymn sheet produced by the Zionist regime in blurring together anti-Zionism with antisemitism.

By acting as if the Zionist talking points were evidence-based, key elements of the office of the Leader of the Opposition (known as LOTO), and those around it, came to believe that they were genuine.

As a result, they appointed staff who also believed in the false Zionist talking points. At the head of the unit appointed to deal with complaints were three people, each of whom had drunk the antisemitism Kool-Aid:

The report goes on to say that the employment of Hayball was an indication of the internal desire of Murray and others to “build a team which understood the processes from the perspective of the complainant, which was self-critical.

The assumption was, of course, that the complainants were mainly acting in good faith, which was a recipe for a dramatic escalation of antisemitism suspensions, warnings and expulsions, with no basis on any rational or factual assessment of racism against Jews.

In addition, Corbyn had surrounded himself with close advisors who were either soft on Zionism or were actually true believers. Momentum  the so-called hard left support group for Corbyn - was set up by a variety of such people, including obviously Jon Lansman, who in an earlier period had been critical of Zionism.

But during the Corbyn period, he moved to a soft Zionist position, supporting the Zionist-produced IHRA working definition of anti-Semitism and repeatedly saying that the party had to regain the trust of the Jewish community. In May 2016, he wrote that what had been happening in Labour was a frenzied witch hunt in part fuelled by the fundamentalist wing of pro-Israeli organizations. But in the same piece, he argued that the left should drop the term Zionism altogether.

His argument is that Zionists in occupied Palestine are more hardline than those in the UK.  Maybe so, but they are unwilling to countenance the end of the Jewish state. So far, no Zionist group has accepted the end of the “Jewish State”. We are left, then, with the fact that Zionism inherently means support for a settler colony in occupied Palestine.

By 2019 Lansman had moved to the position  - the Party now had “a major problem with antisemitism and had “a much larger number of people with hardcore antisemitic opinions.

Lansman also invited into a key role in Momentum, a left Zionist activist from Scotland, Rhea Wolfson. She was a member of the Zionist affiliate to the Labour Party, the Jewish Labour Movement and was one of the editors (until April 2018) of the Clarion, the paper of the Zionist Trotskyist sect the AWL. According to her: One of the funniest things about Momentum is its just so Jewish.

Among other founders of Momentum was James Schneider. At Oxford University, he met his long-time friend Ben Judah, in whose play Schneider acted. It involved the inevitable Arab terrorist who subsequently turns out to be anti-Semitic. The pair were housemates in the period when Schneider founded Momentum in 2015 and they remain friends today.

Judah did his bit for the witch hunt between 2015 and 2019.  Prior to it, though, he had already claimed in May 2015 that he was pinned to the wall, throttled, punched in the head and told to Get out you f***ing Jew, by George Galloway supporters in Bradford, a charge emphatically denied by Galloway and his Respect Party.

Judah now works for the NATO lobby group the Atlantic Council, having previously worked at the “regime-change friendly” European Council on Foreign Relations and then the neoconservative US think tank the Hudson Institute, which champions aggressive, Israel-centric US foreign policies.

Schneider went on to become Corbyns strategic communications adviser. Press TVs Palestine Declassified’ understands that he was among the key people pushing the idea that apologies needed to be made, and that the IHRA should be adopted.

He is on record as saying that the ridiculous judgement of the EHRC “should and must be implemented. He even highlighted what he thought were really good passages in a book by Dave Rich of the Zionist extremist Community Security Trust, The Lefts Jewish Problem: Jeremy Corbyn, Israel and Anti-Semitism. These suggestions, it is reported, include ditching conspiracy theories, not using Holocaust analogies or hysterical language when talking about Israel. These of course all relate at least in part to discussions of the Zionist entity as opposed to Jews.

As the leaked Labour Antisemitism report, the Forde report and the Labour Files show, the bullets used to assassinate Corbyn were produced and shaped by the Zionist regime. They were then carried to the scene of the crime by Zionist lobby groups, assets and fronts.

But the key proximate actors that delivered the coup de grace to Corbyn were his own supporters and those in his own office.

David Miller is a writer, broadcaster and investigative researcher. He is the producer and expert commentator on Palestine Declassified, a weekly PressTV show. He was unjustly sacked by the University of Bristol in 2021 at the behest of the Zionist movement.