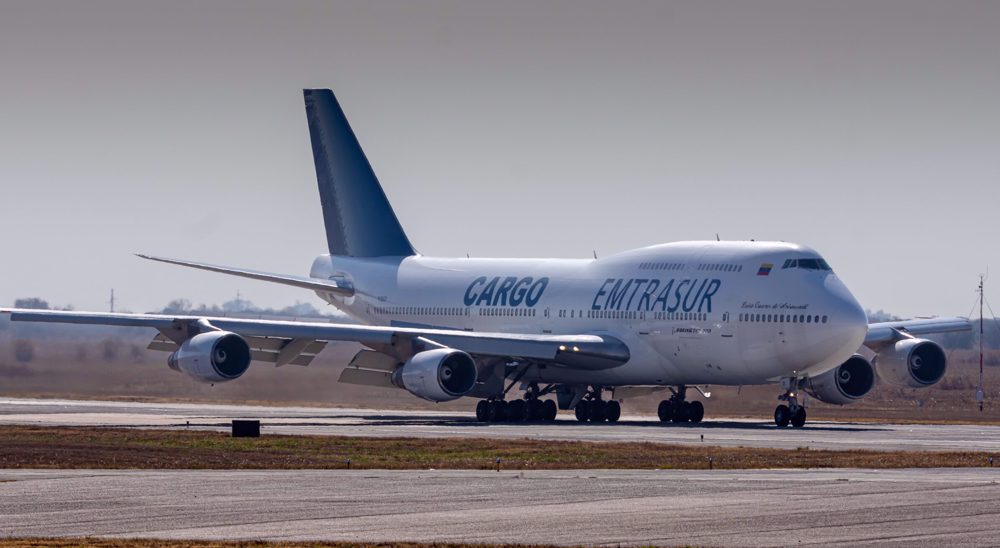 Argentina’s court officials say the five remaining crew members of a Venezuelan cargo plane detained since June have been granted permission to leave the country.

The officials at the Federal Court of Appeals of La Plata told local media on Friday that the five remaining individuals, including three Iranians and two Venezuelans, were part of a group of 19 crew members of a Boeing 747 cargo plane owned by Venezuelan company Emtrasur, which has been grounded since it landed in Argentina on June 8 over illegal US sanctions.

Federal judge Federico Villena said there was no basis to prosecute the remaining five people after the 14 other crew members had been granted release in prior months, but the judicial investigation would remain open.

The plane, sold by Iranian company Mahan Air to Venezuelan airline Emtrasur, was immobilized by Argentine officials at Ezeiza International Airport as both Venezuela and Iran, which signed a 20-year cooperation accord in June, are under draconian US sanctions.

In early August, Venezuelan President Nicolas Maduro accused the US of trying "to steal from us a gigantic, modern cargo airplane."

Argentina releases crew of Venezuelan plane, including Iranian
Argentine authorities say they have allowed 12 crew members of a Venezuelan plane detained in June at the request of the US to leave.

The Emtrasur plane, with a shipment of auto parts, first entered Argentina on June 6 from Mexico but, unable to refuel in the Argentinean capital of Buenos Aires due to US sanctions against Caracas, it left for Uruguay two days later.

After Uruguayan authorities refused it access, the plane flew back to Argentina where its crew was detained in a hotel following a request from a US court.

One of the Iranian crew members granted release on Friday was pilot Gholamreza Ghasemi, who was also accused by the Argentine authorities of having alleged links to the Quds Force of Iran's Islamic Revolution Guards Corps (IRGC), which has been falsely labeled as a “terrorist” organization by the United States.

President Maduro denounces US policy in Venezuela a 'failure'

Venezuelan opposition closes 'embassy' in US after Guaido ouster