FM: Iran against whatever geopolitical changes in regional borders 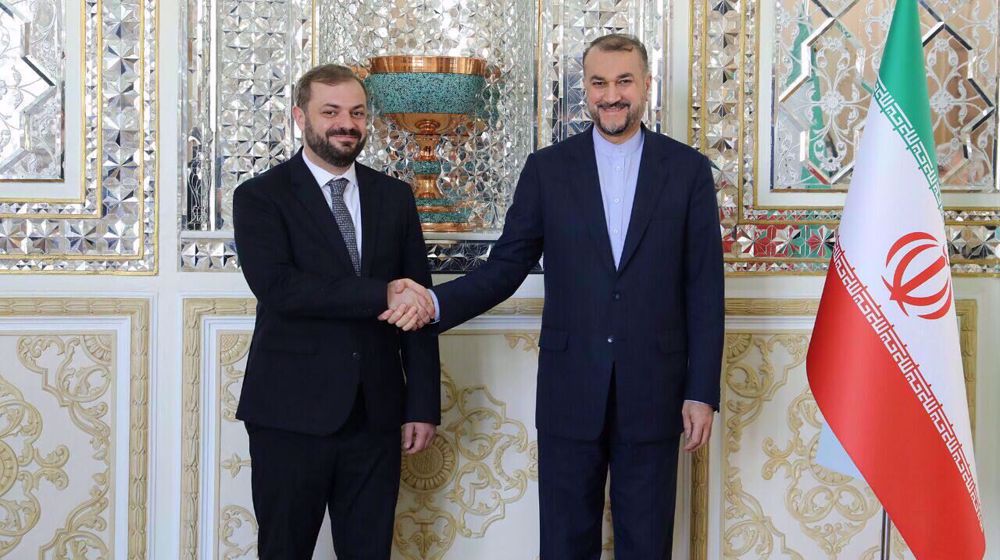 Foreign Minister Hossein Amir-Abdollahian asserts that Iran is opposed to whatever changes across the region that could amount to violation of the regional countries' official contours.

The top diplomat made the remarks in a meeting with Georg Papuyan, the visiting head of the Iran-Armenia Parliamentary Friendship Group, in Tehran on Tuesday.

The foreign minister said Tehran was unequivocally opposed to whatever action that could affect changes to international borders or bring about geopolitical transformations in the region.

Nagorno-Karabakh is internationally recognized as part of Azerbaijan, but has been populated by ethnic Armenians.

Last month, simmering tensions between the estranged neighbors caused a fresh flare-up over the region, leaving nearly 100 soldiers dead on both sides. This was the most recent flare-up in tensions between the two Caucasus countries since thousands were killed in a 44-day war over the territory that ended in November 2020.

More fighting erupts between Armenia, Azerbaijan
New clashes have erupted between Azerbaijan and Armenia, in a resumption of decades-old hostilities between Baku and Yerevan over the contested Nagorno-Karabakh region.

Back then, Iran expressed "serious concern" over the deadly upheaval, announcing its readiness to mediate between the countries.

Iran offers mediation as fighting flares again between Azerbaijan, Armenia
Iran has announced its readiness to mediate between Armenia and Azerbaijan, the two estranged Caucasus neighbors, amid a flare-up in hostilities leading to heavy casualties on both sides.

Amir-Abdollahian, meanwhile, appraised the quality of Iran and Armenia's relations as "good and progressive," underlining the Islamic Republic's intention towards further expansion of the ties.

For his part, the Armenian official likewise evaluated the status of the bilateral ties as favorable, expressing gratitude towards the Islamic Republic over its positions concerning regional developments.