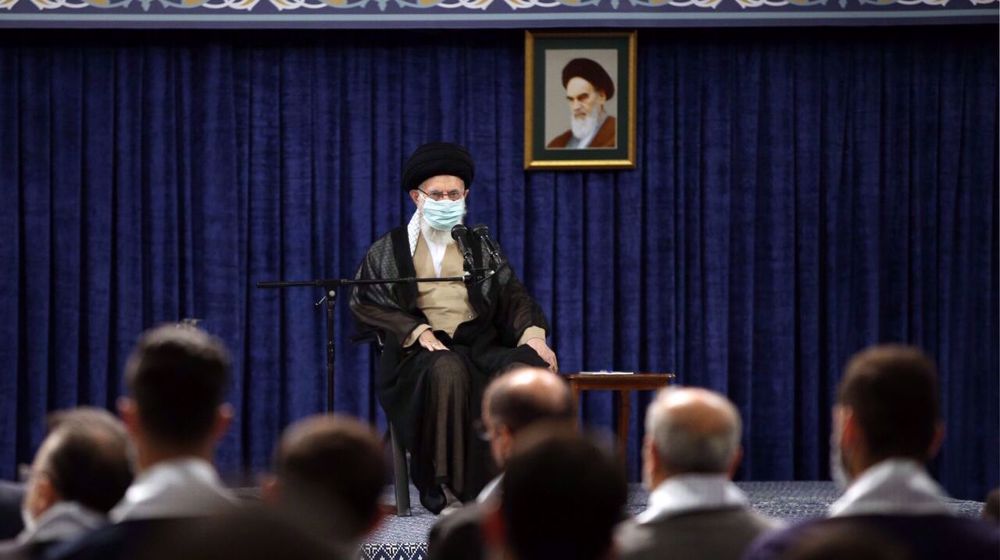 Leader of the Islamic Revolution Ayatollah Seyyed Ali Khamenei speaks during a meeting held with officials from the second National Congress of Sports Martyrs on September 11, 2022.

Leader of the Islamic Revolution Ayatollah Seyyed Ali Khamenei says Iranian athletes who have refused to face Israeli opponents at the expense of not getting a medal are the real victors.

Ayatollah Khamenei made the remarks during a meeting held with officials from the second National Congress of Sports Martyrs last month. His remarks were published on Monday.

The Leader said although success in sports is very important and is unlike other victories, the Iranian athletes who chose to boycott Israeli opponents at the expense of not getting a medal are actually victorious.

If anyone violates this principle, it means that they are violating their moral victory for the sake of obtaining a technical victory in appearances, he said.

Ayatollah Khamenei noted that competing with Israeli opponents constitutes an official recognition of the “usurping” regime that kills innocent civilians.

The leader also said that Western leaders and their followers who slam the boycott of Israeli players as a politicization of sports are adopting double standards, making a reference to the exclusion of Russia from major sports events over the war in Ukraine.

“You’ve seen what they have done with sports after the war in Ukraine. They banned some countries from participating in sporting events for political reasons. That is, they cross their own red lines with ease when it’s in their interest. But then when our athlete refuses to compete with a Zionist opponent, they complain about it.”

Athletes from Iran and other Muslim countries have repeatedly refused to compete against Israeli opponents at major international events to protest Israel’s crimes and occupation of Palestinian land.