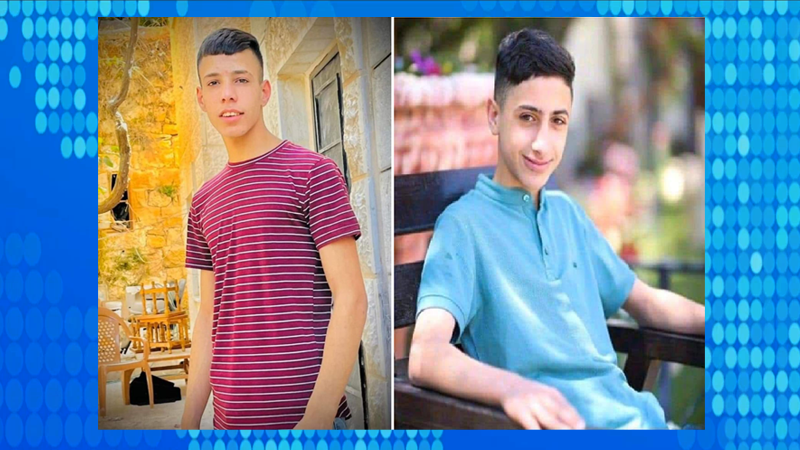 The combo photo shows 14-year-old Palestinian boy Adel Ibrahim Daoud (R) and 19-year-old Mahdi Ladadweh, both of whom were killed by Israeli forces in the occupied West Bank on October 7, 2022.

Israeli forces have shot and killed two Palestinian teenagers in separate incidents in the occupied West Bank, in the latest deadly act of violence committed by the regime against the oppressed people of Palestine.

The Palestinian health ministry said on Friday that a 14-year-old boy, identified as Adel Ibrahim Daoud, was killed by a gunshot wound to the head in the city of Qalqilya in the northern West Bank.

The ministry added that the other victim, identified as 19-year-old Palestinian teenager Mahdi Ladadweh, was shot and killed on Friday evening near the city of Ramallah.

The youth was rushed to a hospital to receive urgent treatment but he succumbed to his serious wounds moments later.

According to local sources, Israeli soldiers tried to arrest the young man after shooting him. They also assaulted Palestinians trying to save his life.

Israeli raid near Nablus kills young Palestinian amid regime's unbridled aggression
A young Palestinian man has been killed and four others injured in an Israeli military raid in the northern West Bank with tensions in the occupied territories reaching a boiling point.

On Wednesday, a young Palestinian man was killed and four others injured in an Israeli military raid in the northern part of the occupied West Bank.

On the same day, scores of Palestinian children suffered injuries and breathing difficulties after Israeli troops stormed an elementary school in the southern West Bank and fired tear gas.

VIDEO | Life getting harder for Afghan people as winter approaches7min