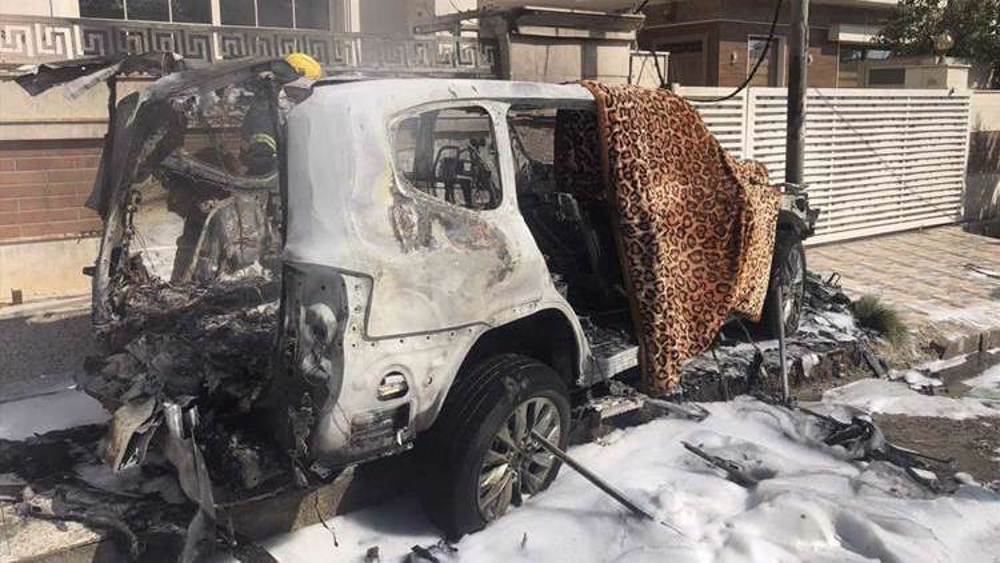 Photo shows the aftermath of an explosion that targeted a car in Erbil on October 7, 2022. (By Rudaw)

A car explosion in Erbil, the capital of the Iraqi Kurdistan region, has claimed the life of a former Patriotic Union of Kurdistan (PUK) official while leaving four others wounded.

The explosion targeted the vehicle on Friday in Erbil’s 32 Park neighborhood. According to a report by Rudaw, a former PUK security official named Hawkar Abdullah was killed in the blast.

Quoting Erbil Governor Omed Khoshnaw, the report added the bomb had been installed at the bottom of the car and that investigation into the case is ongoing.

Two women and two children have been injured in the explosion.

According to Rudaw, Abdullah was the head of the PUK's intelligence and counter-terrorism directorate in Nineveh but ceased assuming the position after the internal issues inside the PUK began last year.

PUK was founded in 1975 by several Kurdish politicians, including Jalal Talabani, who became secretary-general of the party and then president of Iraq. Talabani died in October 2017.

PUK members elected Lahur Jangi and Bafel Talabani, the nephew and elder son of late Talabani respectively, as co-leaders of the party in 2020.

The party, however, was rocked by a power struggle in July 2021 as Bafel Talabani ousted his co-president and cousin Lahur Talabani. Bafel Talabani accused his cousin of engaging in abuse of power, smuggling and extortion.

Internal disputes further soared when Bafel Talabani changed the chiefs of PUK’s security units, replacing them with people loyal to him.

Other than internal fights, the PUK also has inter-party disputes with the Kurdistan Democratic Party (KDP) over appointing Iraq’s president.

Under Iraq’s power-sharing system, the Arab country’s president must be an ethnic Kurd, the prime minister a Shia, and the speaker of parliament a Sunni.

PUK wants the term of Barham Salih, president since 2018, to be renewed, but its rival, the KDP, wants to elect Rebar Ahmed as president.

IRGC: Operations in Iraqi Kurdistan to continue until all terrorists disarmed