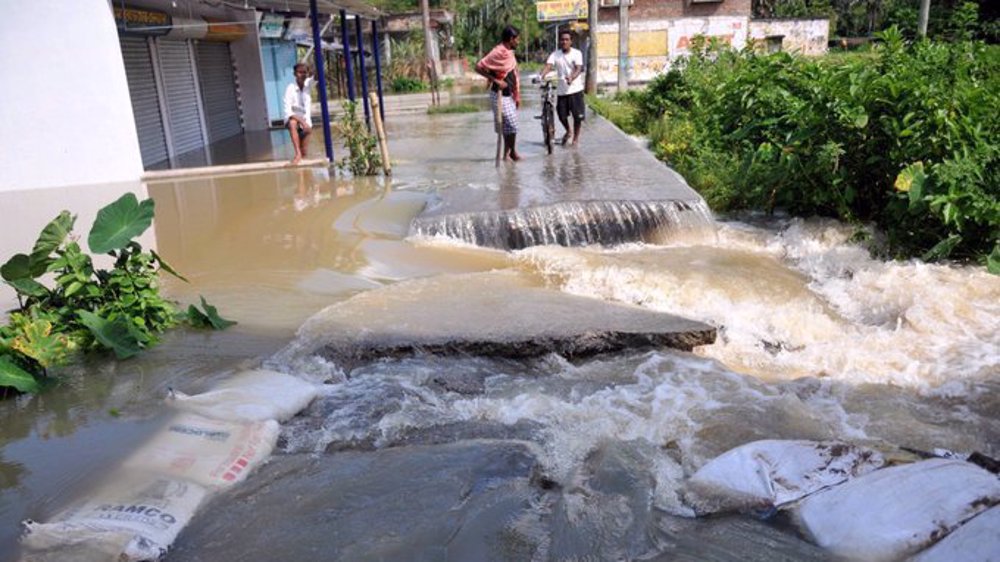 Around 70 people were rescued by disaster relief teams, while 13 were undergoing treatment at a regional hospital, West Bengal's Chief Minister Mamta Banerjee wrote on Twitter on Thursday.

The incident happened as people were immersing an idol of Hindu goddess Durga in the Mal river in the state's Jalpaiguri district as part of religious festivities, Banerjee said.

"Anguished by the mishap during Durga Puja festivities in Jalpaiguri, West Bengal. Condolences to those who lost their loved ones," Prime Minister Narendra Modi wrote on Twitter as he announced a compensation package in addition to that of the state government.

Eastern and north-eastern parts of India received 128% more rainfall than normal on Wednesday, with some places receiving as much as 9 cm (3.5 inches) of rain, according to the state-run India Meteorological Department, which has forecast heavy rain in West Bengal and nearby states in the next three to four days.

South Asian countries have been lashed by heavy seasonal monsoon rains over the last couple of months. In Pakistan, abnormal rains and glacial melt have triggered floods that have submerged huge swathes of the country, leading to nearly 1,700 deaths, in what has been described as an impact of climate change.

Pakistan declares emergency as devastating floods affect millions
The government of Pakistan has declared a state of emergency to deal with the monsoon floods that have hit areas across the country.

In Nepal, authorities said two days of incessant rain has caused the water level in many rivers to rise.

"We have issued alerts to villagers along the river banks to remain on high alert for possible floods and landslides in the hilly areas, but not asked them to evacuate yet," National Disaster Risk Reduction and Management Authority spokesperson Dijan Bhattarai told Reuters.

More than 60 people have been killed across Nepal in flash floods and landslides so far this year, according to official data. In neighbouring Bhutan authorities said at least five people were killed in a landslide last week.

At least 77 die in monsoon rains in Pakistan, flood alerts issued in India