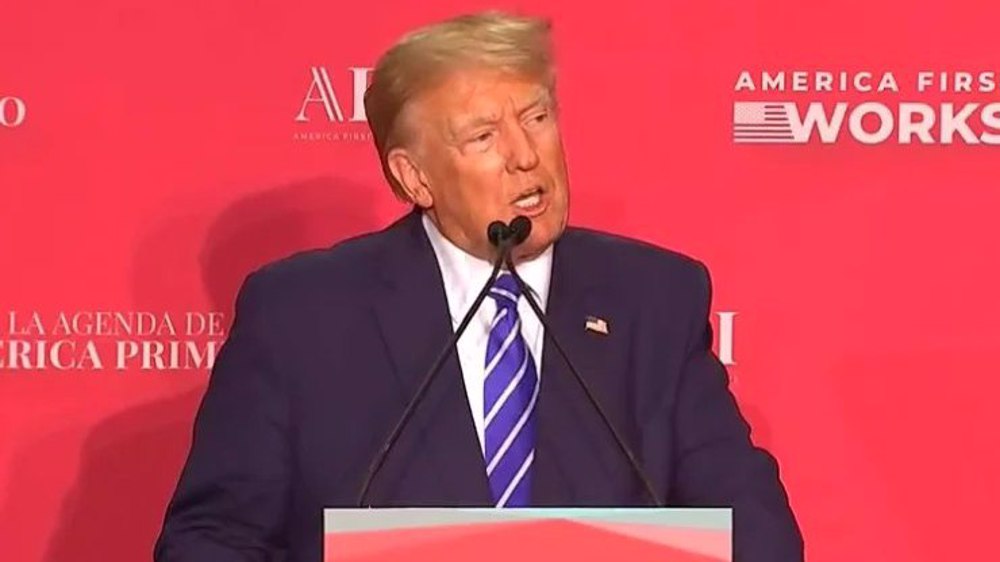 Former US president Donald Trump says the world “is laughing” at the United States, urging Hispanic voters to get behind him to help him reverse what he said was a “nation in decline.”

Speaking at a conference aimed at building Latino support for conservative policies in Miami, Trump began his speech by praising the Hispanic community, many of whom voted for him in record numbers in 2020.

The former president called on the community to help him “save the American dream because the world is laughing at us and they’re looking at us with ridicule.”

“Under the Biden administration we have become a land of recession, probably depression, and when you think of it, repression, misery and fear,” he added.

Trump, who has been impeached —  not once but twice — and having lost the 2020 incumbency, sent strong signals that he plans to run again for president in 2024,

“Now the failing Biden regime wants to start investigating me, and the only reason is because I’m leading everyone in the polls, both Republicans and Democrats,” Trump said.

Several investigations are underway into the former president, including into whether he attempted to overturn the results of the 2020 election that he lost.

A congressional hearing into the January 6, 2021 riots on the US Capitol — and Trump’s role in inciting a mob of his supporters who temporarily blocked the confirmation of Joe Biden’s victory — faces an end-of-the-year deadline to issue a final report.

Last spring, the Financial Times said in a report that Trump was “losing his stranglehold on Republicans.”

But only weeks ahead of the midterm elections, the newspaper’s editorial claimed that “Donald Trump now owns the Republicans.”

A recent poll by Yahoo News/YouGov, however, showed that 51 percent of registered voters believe Trump should not “be allowed to serve as president again in the future.”

Only 35 percent of the respondents said he should be able to run. Fourteen percent were unsure.

Most registered voters in US say Trump shouldn’t be allowed to run again: Poll