Iran's foreign minister has decried the role of European Union countries and terrorist groups based there in instigating recent riots in the country, vowing response to any “hasty” and “ill-considered” action against the Islamic Republic.

In a phone call with his Italian counterpart Luigi Di Maio on Wednesday, Iran's foreign minister Hossein Amir-Abdollahian discussed a wide range of bilateral and global issues, including the recent foreign-backed riots in Iran, which led to many casualties.

“We are dissatisfied with the positions and interference of some European officials concerning recent incidents,” the top Iranian diplomat asserted, referring to meddlesome remarks made by some EU officials about recent developments in the country.

“If the European Union seeks to adopt a hasty and ill-considered measure through a double standard behavior, it should await the Islamic Republic of Iran’s effective and reciprocal action,” he added.

Protests over the death of Mahsa Amini, a 22-year-old Iranian woman who fainted at a police station on September 16 and was later pronounced dead at a Tehran hospital, erupted first in her native province of Kordestan and later spread to other parts of the country, including the capital.

Immediately after Amini’s death, Iran’s President Ebrahim Raeisi ordered a thorough investigation into the case and an official report is yet to be published.

What started as peaceful protests took a violent turn after unruly protesters fatally attacked policemen and indulged in vandalism against public property in several cities, with fingers being pointed at rabble-rousers in the West.

“With its practical belief in democracy, the Islamic Republic of Iran has always paid heed to peaceful demands of people,” said Amir-Abdollahian.

“Foreign meddlers, organized agents, and terrorists, especially in Zahedan and west of Iran, changed the course of people’s peaceful protests towards violence, riot, and killing of innocent people as well as police and security forces,” he noted, referring to a terrorist attack last Friday in Zahedan, southeast Iran, which killed 19 people and left 20 others injured.

In accordance with its strong laws, Iran is committed to "a precise and fair investigation" into the death of Amini and is pursuing the matter seriously, the top Iranian diplomat informed his Italian counterpart.

For his part, Di Maio said Italy respects the sovereignty and laws of the Islamic Republic of Iran, according to the foreign ministry statement.

Italy also believes that a response to peaceful demands is different from the one to riots and terrorism, he hastened to add.

Iran has blasted the role of foreign countries in orchestrating the deadly riots.

On Sunday, Iran’s intelligence ministry said it arrested nine foreign nationals from Germany, Poland, Italy, France, the Netherlands, Sweden, among others for involvement in the deadly riots, along with 256 members of foreign-based anti-Iran terrorist groups.

In a speech on Monday, Leader of the Islamic Revolution Ayatollah Seyyed Ali Khamenei slammed the United States and the Israeli regime and their mercenaries for staging the riots.

“I state it clearly that these developments were planned by America, the Zionist regime, and their acolytes. Their main problem is with a strong and independent Iran and the country’s progress," he said during an event in the Iranian capital.

"The Iranian nation proved to be fairly strong during recent events and will bravely come onto the scene wherever necessary in the future."

Moroccans protest in Rabat against high cost of living  16min 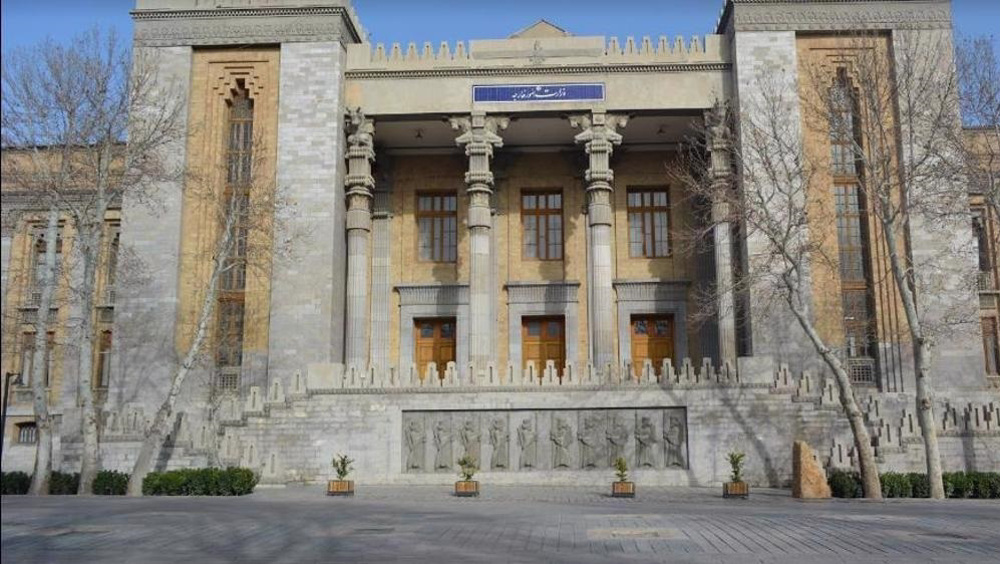