I’ve been fortunate to visit Iran a few times and have been to some of its most iconic places, from the capital Tehran to historical Isfahan to the holy city of Mashhad. Aside from the beauty of its surroundings, the mesmerizing mosques or the legendary hospitality of its people, what struck me the most, as a woman, was how safe it felt.

Perhaps the most notable memory from my trips to this eastern nation was the fact that locals went to the parks at night, including women on their own or with their young children. Of all the many things I saw in Iran, and I saw many, the lingering image of women jogging or sitting on their own on a bench late at night was the most striking.

This, after all, is something I wouldn’t dare do in any Western capital and proved to be all the more surprising given the barrage of negative coverage we are constantly fed on this country and how its female citizens, in particular, are treated.

Over the past few days, unrest has been reported in the northwest of the country after a young woman, Mahsa Amini, who was called to an administrative office, collapsed in the waiting room and consequently was pronounced dead at a hospital.

The story was leaped upon by Western media and relayed as yet another case of institutional misogyny by the government of the Islamic republic. It’s been reported that she was arrested for failing to wear her headscarf appropriately.

This perhaps is the most surprising element of this sad affair. In Iran, I noticed many young women with only a loose veil on their heads and hair very clearly visible. In some instances, it was not as much a scarf they were wearing but almost a ribbon, only designed to comply with the rules that apply in the country.

When, as a curious journalist, I enquired about their hijab, most told me that rules had been considerably relaxed in recent years. And yet the story of this woman is now a worldwide phenomenon. Social media is alight with details of this case, and calls to support the rioting now taking place in Iran are trending on platforms such as Twitter.

The story of course has the hallmark of what mainstream media outlets love when reporting on states that don’t toe the Western line. The deceased was a woman, from Iran’s Kurdish ethnic group, her attire had been considered ‘unsuitable’ by authorities.

In short, all the required ingredients to trigger western liberals and get the usual NGO suspects on board to launch a besmirching campaign on the Middle Eastern oil-producing giant.

Despite an investigation immediately launched into the causes of her death, and a senior official visiting her family to offer his condolences, this unfortunate incident is being exploited to score vital points against Iran at a time when western countries are desperate to find gas amid the Ukraine war.

It’s a well-oiled tactic employed by rogue states to trigger unrest in resource-rich countries in a bid to ensure their precious commodities are eventually sold at an advantageous price and through terms that benefit the buyer to the detriment of the seller.

Iraq, Libya, gold-rich Somalia…we’ve seen this so many times that it’s become tiresome, yet the new generations of indoctrinated youth are nevertheless willing to jump into the fray and engage in a sophisticated media campaign against Iran, thinking somehow that their cries and jeers are for the benefit of women as opposed to Western cooperate giants.

Dubious NGOs such as Hengaw, whose origins and funding are obscure, yet whose website is hosted in Finland, have been relaying exaggerated news about the alleged police brutality. This in turn has inflamed an already tense situation and riots have erupted across the country. Police officials are being targeted and in one instance a policeman is said to have been set on fire by angry protesters.

Western media is doubling down on the condemnation and the usual suspects such as the ineffectual United Nations, habitually blind to crimes committed by Western countries and the Israeli regime, has ordered an immediate investigation into the case, despite Iran being a sovereign nation able to carry out an inquiry on its own.

A fifteen-year-old girl named Zainab Essam Al Khazali was shot by the US military on September 20 near the infamous Camp Bucca in Baghdad but not even a single Western media outlet reported the murder, proving once again that it’s not always about human rights. What is important is creating turmoil and destroying stable nations as has so often been the case in the past.

Sadly, many Iranian expats are calling, from the comfort of their western abodes, for unrest to continue, much like their Libyan and Syrian counterparts were doing just a few years ago and with the consequences we now know.

It’s worth mentioning that the strict sanctions regimen imposed on Iran has sparked an economic crisis which in turn is impacting the lives of average Iranians. In this climate, any spark can set the street on fire as can be expected very soon across many Western cities when the price of energy continues to soar and people go hungry.

Yet, as is often the case, London, Paris or Washington are oblivious to their own crises, preferring to focus on other countries.

France, for instance, always keen on interfering in any story involving Muslim women, fails to see the irony in having a current interior minister, Gerard Darmanin, investigated for rape. French women reporting a sexual assault will be dealing with officers whose boss has been himself accused of raping women. Still, French media is in frenzy over the case of young Mahsa, whose tragic demise is being grotesquely exploited for political capital.

In Britain, where the longest-reigning monarch was buried with all the pomp and ceremony befitting the feudal era of the middle-ages, politicians remain blind to rising tensions on their own streets.

While state-owned media have been reporting on the thousands who paid their respect to the late queen, their coverage was somewhat subdued when it came to broadcasting the unease with which many across the country saw the unnecessary cost of a twelve-day-long funeral, when thousands are now unable to pay their energy bills and soon even their food.

Distracting the masses with pointless stories about celebrities or indeed about Iran can only last so long but it seems the tried and tested formula has still some good days ahead of it.

Iran, of course, has faced many attempts of foreign meddling and has only come out stronger. Here’s hoping that the violence now being reported comes to an end and that young Mahsa rests in peace.

Hafsa Kara-Mustapha is a journalist, political analyst and commentator with a special focus on the Middle East and Africa. She has worked for the FT group and Reuters and her work has been published in the Middle East magazine, Jane's Foreign report and a host of international publications. A regular pundit on TV and radio, Hafsa can regularly be seen on RT and Press TV.

(The views expressed in this piece do not necessarily reflect those of Press TV.) 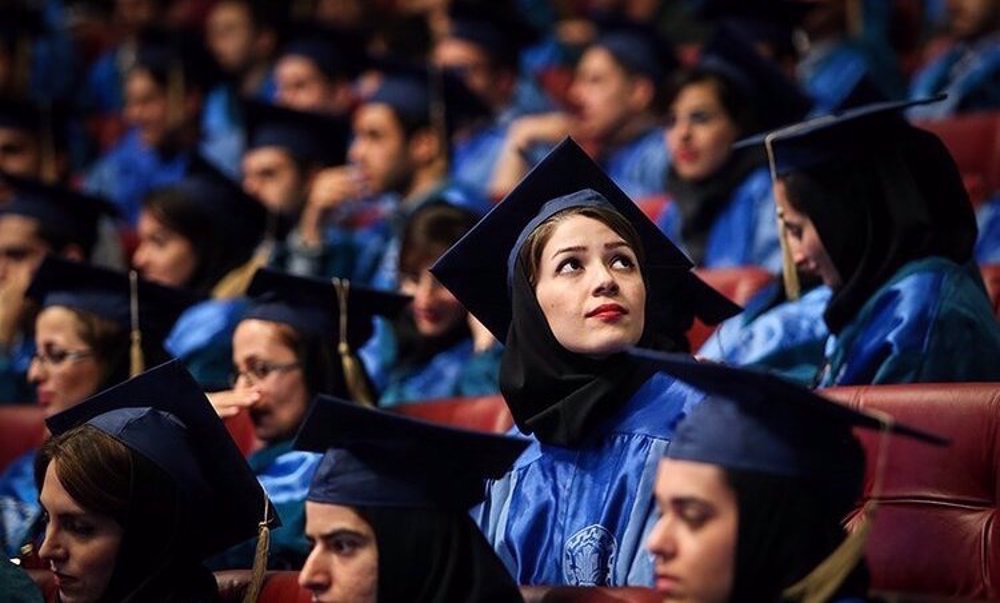 How Islamic Revolution empowered and uplifted women in Iran 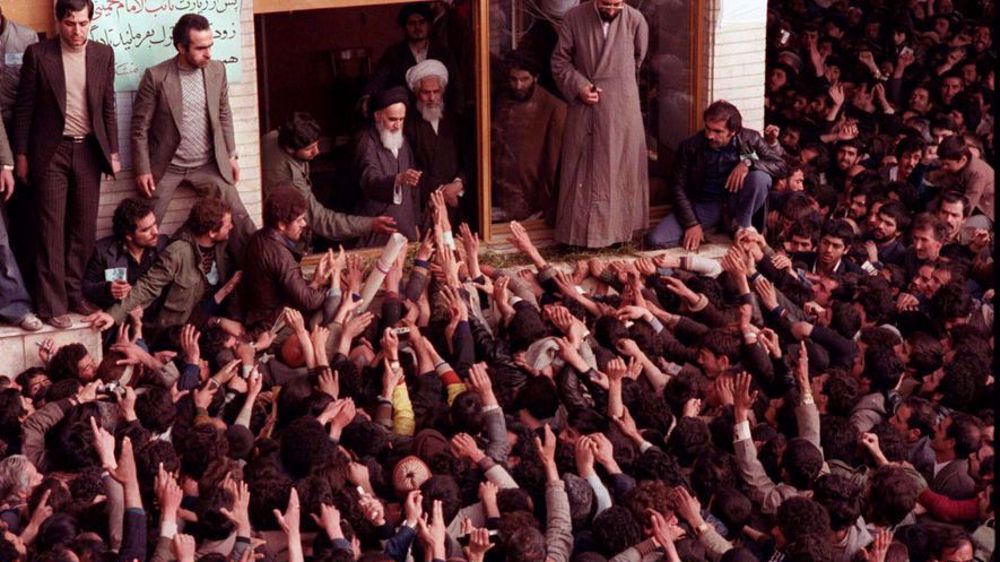 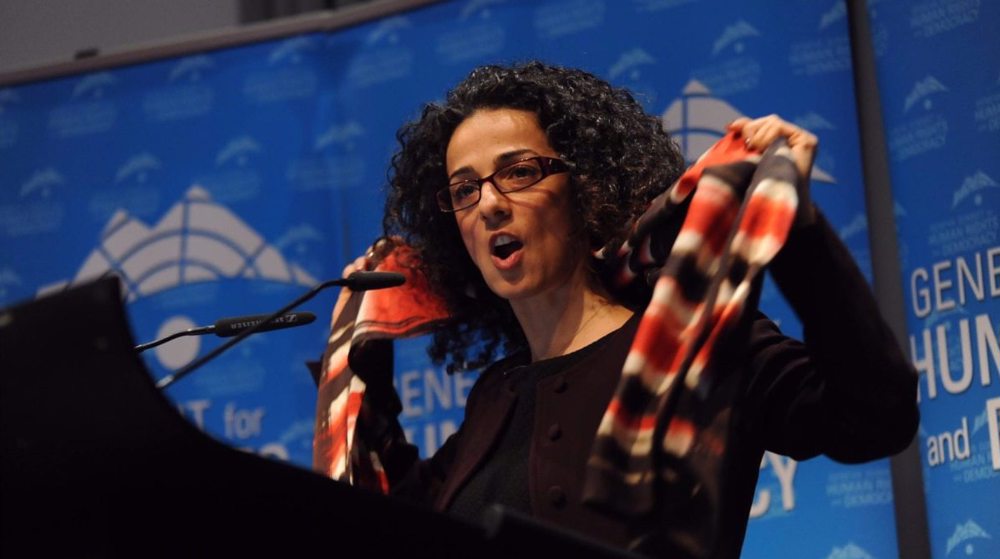