UN Secretary-General Antonio Guterres is assisted by bodyguards during his visit to Borodyanka, close to Kiev. (Photo by AP)

Russia’s defense ministry has confirmed that it had carried out a “high-precision” airstrike on Kiev during a visit by UN Secretary-General Antonio Guterres.

“High-precision, long-range air-based weapons of the Russian Aerospace Forces have destroyed the production buildings of the Artyom missile and space enterprise in Kiev,” the ministry said on Friday in its daily briefing on the conflict in Ukraine.

According to Kiev’s mayor, one person was killed in the Russian missile strike during the UN chief’s visit.

Russian defense forces carried out a range of airstrikes on Thursday, destroying three power substations at Ukrainian railway hubs and a Tochka-U missile launcher that it said had carried out an attack on the Russian-held city of Kherson.

Day 62: Russia warns of World War III as 40 US allies plan to arm Ukraine
Russian Foreign Minister Sergei Lavrov has warned about a "real" danger of World War III breaking out as 40 prepared to meet in Germany to bolster Ukraine

“Today, immediately after the end of our talks in Kiev, Russian missiles flew into the city. Five rockets. And this says a lot... about the Russian leadership’s efforts to humiliate the UN and everything that the organization represents,” Ukrainian President Volodymyr Zelensky said, adding that it required “a correspondingly powerful reaction.”

Ukraine mortgages itself to US: Russia

Meanwhile, Vyacheslav Volodin, who as the speaker of the lower house of the Russian parliament often voices the Kremlin’s views, said that Washington is trying to profit from the war by indebting future generations of Ukrainians.

“Lend-Lease is a commodity loan, and not cheap: many future generations of Ukrainian citizens will pay for all the ammunition, equipment, and food that the United States will supply,” Volodin said.

Russia warns Israel on arming Ukraine
Russia’s self-declared special military operation in Ukraine has taken a new casualty: Moscow’s ties with Tel Aviv. Israel, which had volunteered for mediating between Ukraine and Russia when the war started, appears to be taking sides now. Russia is warning Israel of the consequences of such partiality.

“Zelensky is driving the country into a debt pit,” he was quoted as saying.

Biden’s funding request includes over $20 billion for weapons, ammunition, and other military assistance, as well as $8.5 billion in direct economic assistance to the Ukrainian government and $3 billion in humanitarian aid.

Ukraine acknowledged on Friday that it was taking heavy losses in Russia’s assault in the east, saying Moscow’s losses were even worse.

“We have serious losses but the Russians’ losses are much much bigger...They have colossal losses,” Ukraine presidential adviser Oleksiy Arestovych said.

While the Biden administration has sent tens of billions of dollars to aid Ukraine, Russia says the dramatic amount of Western weapons sent for Kiev means that we fight in “proxy war” against NATO. 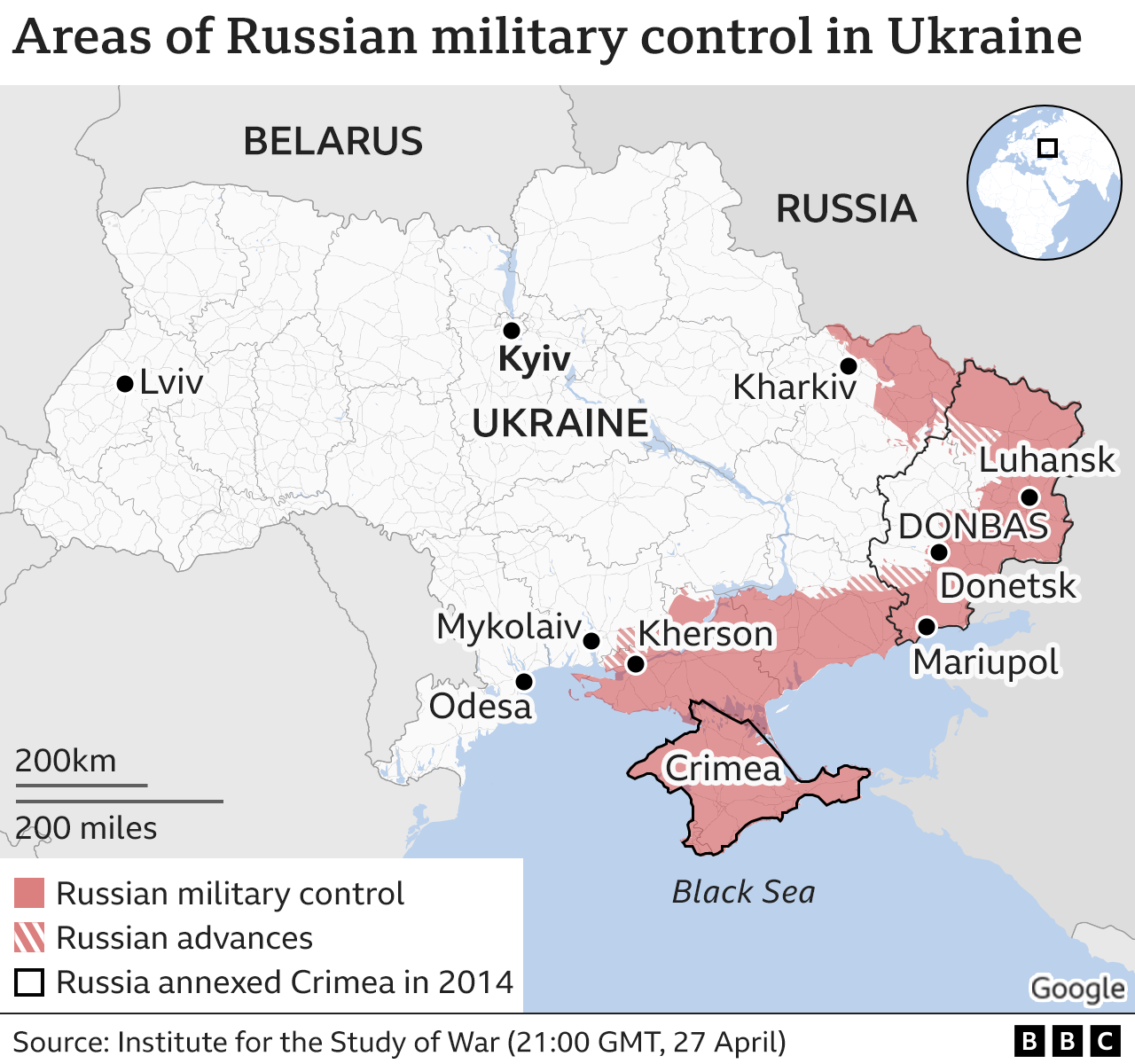 The UK government has said it is deploying around 8,000 troops for exercises across Eastern Europe in a show of strength after Russia’s invasion of Ukraine.

According to defense officials saying in a statement, the months-long drills in countries stretching from Finland to North Macedonia also involve allies including France and the United States.

Britain is deploying 72 Challenger 2 tanks and 120 armored fighting vehicles along with artillery guns, helicopters, and drones for the exercises, some of which are already underway.

“The security of Europe has never been more important,” Defense Secretary Ben Wallace said, calling it “one of the largest shared deployments since the Cold War.”

The UK also said on Friday it was sending experts to Ukraine to gather evidence and prosecute war criminals in early May.

“The specialist team will assist the Ukrainian government as they gather evidence and prosecute war crimes and will include experts in conflict-related sexual violence,” said a foreign office statement.

Russia achieving goals in Ukraine on its own terms: Medvedev

Nasrallah hails Hezbollah as frontrunner of battle against Israel 1hr

Russia halts US inspections of its strategic arms over travel curbs2hr

Truss vs Sunak: Race for UK leadership heats up amid looming recession3hr

Biden asks Congress for whopping $33 billion in aid for Ukraine

Putin warns of ‘quick-fire response’ to interventions in Ukraine war

UN chief calls for ceasefire in Ukraine ‘as soon as possible’