Iran’s Foreign Minister Hossein Amir-Abdollahian is pictured during a meeting with Lebanon’s prime minister in Beirut on October 7, 2021. (Photo by AFP)

Iran’s foreign minister says the Islamic Republic is ready to help Lebanon weather its current economic crisis if the Lebanese government officially asks for it.

In an interview with Lebanon’s al-Manar television network in Beirut, Hossein Amir-Abdollahian made it clear that Iran respects Lebanon’s sovereignty.

He stressed that the Islamic Republic is ready to provide Lebanon with all kinds of aid despite the difficult economic situation that Iran itself is facing.

Iran began to send fuel to Lebanon in August through the Lebanese resistance group Hezbollah, which announced the purchase of Iranian fuel shipments after the Lebanese government’s failure to deal with the country’s crippling fuel shortages.

The third tanker carrying Iranian fuel has already reached Syria to be transferred to neighboring Lebanon, while Tehran has expressed readiness to sell its fuel directly to the Lebanese government.

Pointing to Iran’s support for the Lebanese resistance to preserve the Arab country’s security and sovereignty, the Iranian foreign minister said such support will continue.

The chief Iranian diplomat also told al-Manar that Iran supports any peace effort in Lebanon and warned against France’s interference in the Arab country’s domestic affairs.

During the interview, Amir-Abdollahian mentioned Iran’s latest military exercise in its northwestern area, saying the drill’s message was one of peace and friendship with neighbors and preventing the presence of the Zionists in the region.

“We told the Republic of Azerbaijan that the presence of Israel in that country is not in the interest of peace in our region,” he said.

Amir-Abdollahian maintained that the Islamic Republic’s military presence anywhere in the region, whether in northern Iran or the Persian Gulf, has always carried a message of peace and security.

The Zionist regime, according to Amir-Abdollahian, has received the message of resistance.

“The Zionist regime cannot expand in the region. They are imprisoned in a large jail called the occupied territories,” he added.

‘US presence in region will end’

Elsewhere during the interview, Amir-Abdollahian stressed that the US military’s withdrawal from the region will definitely happen.

He also commemorated Iran’s legendary commander, Lieutenant General Qassem Soleimani, who was assassinated in Iraq by the US military in January 2020, hailing him as a national and international hero in the fight against terrorism.

Gen. Soleimani, with the cooperation of Hezbollah and Iraqi, Syrian and Lebanese forces, succeeded in the fight against terrorism, the foreign minister added.

Since the assassination, Iraqi resistance groups have stepped up efforts to expel all American forces from their country. 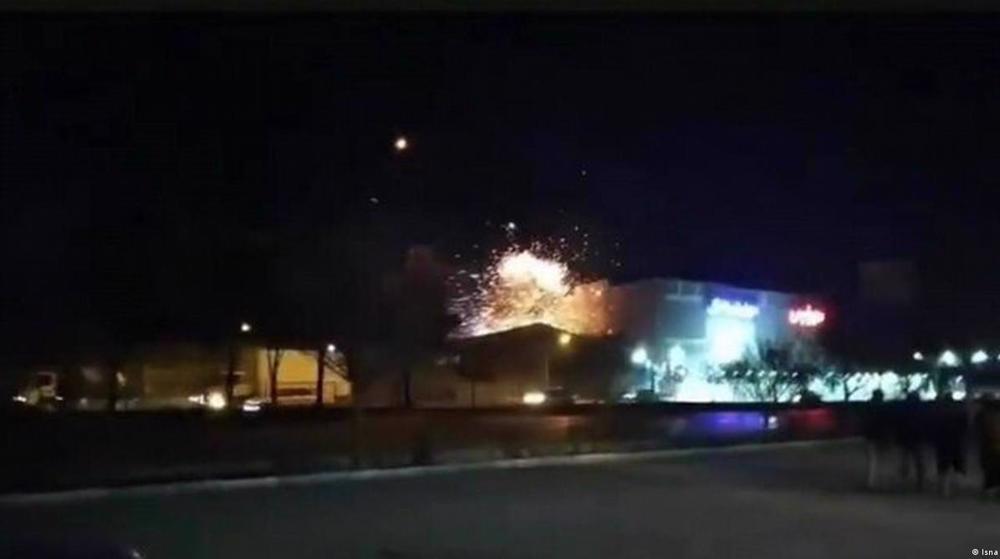 Iran: German chancellor standing on wrong side of history12min

Fuel for Lebanon from Iran via Syria