Iraqis attend a conference organized by the New York-based Center for Peace Communications on September 24, 2021, in Erbil, the capital of Iraq's northern Kurdistan semi-autonomous region, where some participants called for full normalization with Israel. (Photo by AFP)

The Kurdistan Regional Government (KRG) has chastised "some of the organizers" of a gathering held by a US think tank in the semi-autonomous northern Iraqi region, pushing for a full normalization of ties with Israel.

In a statement, the KRG’s interior ministry stressed that it supports the Iraqi government in rejecting the establishment of diplomatic relations with the Tel Aviv regime.

The statement characterized the New York-based Center for Peace Communications (CPC) as a civil society organization that had "hosted a workshop in Erbil for various personalities from some Iraqi provinces to examine the concepts of coexistence and implementation of federal principles in Iraq under the constitution."

"Unfortunately, some of the organizers stepped away from the goals of the workshop, and used it to advance their own interests. They violated the conditions for obtaining a license to hold such workshops,” the statement said.

“The comments made at the workshop are in no way in line with the official policy of the Kurdistan Regional Government, and do not reflect the policy of the region,” it added.

The KRG ministry said it "will take legal actions against those who strayed the summit from its original path, and will punish the perpetrators whoever they are”.

“The Iraqi Kurdistan Region, as a constitutional institution within the framework of a federal Iraq, is constantly committed to the official policy of the Iraqi Ministry of Foreign Affairs and will never allow the abuse of freedom and democracy for the sake of political goals. Those who did so will have no place in the Kurdistan region and will be expelled,” the statement said.

Iraqi media reported on Sunday that the Supreme Judicial Council had issued arrest warrants against some participants.

The council has reportedly issued a statement based on information provided to it by the National Security Adviser, confirming the issuance of an arrest warrant against Wissam Al-Hardan, head of the "Iraq Awakening", who read the statement calling for normalization with Israel.

The second arrest warrant was issued against former MP Mithal Al-Alusi and an employee in the Ministry of Culture, Sahar Karim Al-Tai.

The council described their participation in the normalization conference as a “crime.”

On Friday, scores of men and women attended a conference in a hotel in Erbil, the capital of the Iraqi Kurdistan region, during which some of them reportedly demanded that Baghdad join the so-called Abraham Accords and normalize relations with Israel.

The Abraham Accords were signed at the White House in September 2020 between Israel, Bahrain, and the United Arab Emirates. Morocco and Sudan later signed normalization agreements with the Israeli regime as well.

Palestinians have denounced the normalization deals, describing them as a “stab in the back”.

The Friday conference was welcomed by Israeli foreign minister Yair Lapid as “a hopeful event.” Speakers at the conference included Chemi Peres, the head of an Israeli foundation established by his father, former Israeli president Shimon Peres.

Kurdish-Iraqi leaders have repeatedly visited Israel over decades and local politicians have openly demanded Iraq normalize ties with Israel, which backed a 2017 secessionist referendum in the semi-autonomous region.

The Iraqi Kurdistan Regional Government maintains cordial contacts with Israel, but the federal government in Baghdad, which has fought in Arab-Israeli wars, does not have diplomatic ties with the regime.

'No normalization on agenda'

The Iraqi presidency on Saturday rejected all attempts aimed at normalizing ties with the Israeli regime, and reiterated the Arab nation’s strong support for the Palestinian cause.

“The Presidency confirms Iraq's firm support for the Palestinian cause and fully legitimate rights of the Palestinian nation. It renews its rejection of normalization with Israel,” it stated.

“The recent meeting, held to propagate the notion of normalization with Israel, did not represent Iraqi people, and simply exhibited the positions of those who participated in it. It was also an attempt to destabilize the status quo and undermine peace,” the statement read.

The presidency underlined the need for confronting "nationally and legally rejected concepts that hurt the feelings of the Iraqi people, as the country is preparing for fair and transparent legislative elections – scheduled to be held on October 10 – and striving to ensure a free and dignified life for all Iraqi people".

‘A lesson not to forget’

Separately, the leader of Asa'ib Ahl al-Haq group said Iraqi resistance fighters will teach “an unforgettable lesson” to all those pushing for normalization with Israel.

Qais al-Khazali, the secretary general of the anti-terror group which is part of the Popular Mobilization Units, on Saturday denounced the Erbil event as contrary to Iraq’s national and humanitarian principles.

“The Islamic resistance in Iraq will not remain silent. It will teach the enemy and the compromisers a lesson to stop dreaming of normalization forever,” he said.

The Asa'ib Ahl al-Haq chief stressed that officials and political factions in the Iraqi Kurdistan region should also adopt a firm and transparent stance to prevent the repetition of such incidents.

The Palestinian resistance movement Hamas said the Iraqi government and people have always supported the aspirations of the Palestinian people.

Hamas spokesman Hazem Qassem praised the Baghdad government's stance on the Palestinian issue and its opposition to normalization with Israel.

“Iraq has always stood on the side of the Palestinian issue, and Palestinians’ struggle against the Israeli occupation,” Qassem said.

The Iraqi people, he said, have fought alongside the Palestinian nation against Israel since the creation of the Tel Aviv regime in 1947, calling on the regional countries to oppose normalization and support the Palestinian people and their cause. 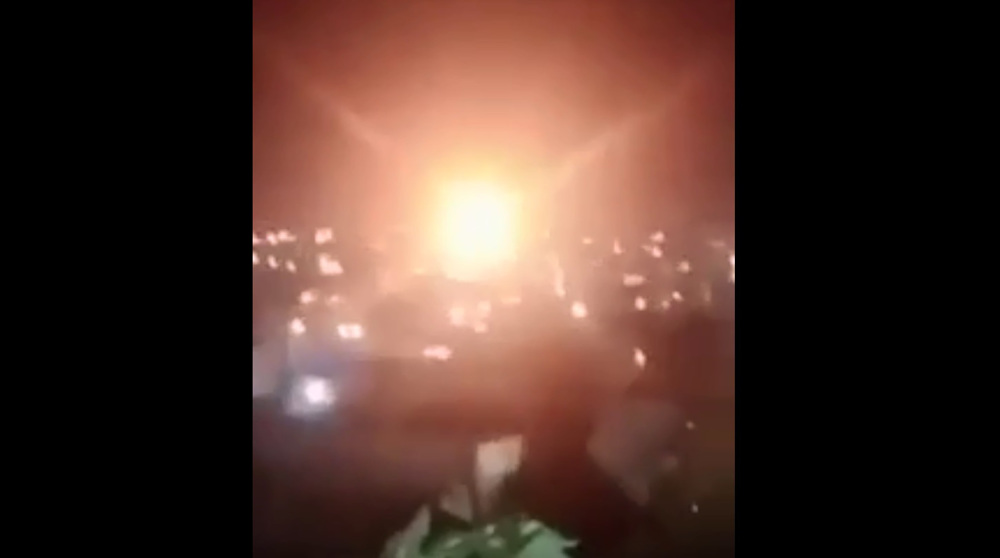 Iraqi PM due in Iran for bilateral, regional discussions1hr

Moroccans say 'Zionists not welcome' as first Israeli tourists due

Palestinian official: ‘Traitor’ UAE must be expelled from Arab League