In this file photo taken on September 7, 2019 Britain's Prince Andrew, Duke of York, attends a ceremony commemorating the 75th anniversary of the liberation of Bruges in Bruges, Belgium. (Photo by AFP)

A woman who accused Britain's Prince Andrew of hiding from her sexual assault lawsuit can try an alternative means of serving her legal papers so Queen Elizabeth's second son can address her claims, a US judge ruled on Thursday night.

US District Judge Lewis Kaplan in Manhattan said Virginia Giuffre's plan to deliver her lawsuit to Andrew's Los Angeles-based lawyer was "reasonably calculated to bring the papers served to the defendant's attention," regardless of whether the prince "authorized" the lawyer to accept it.

The lawyer, Andrew Brettler, had no immediate comment. Giuffre's lawyers did not immediately respond to requests for comment.

Andrew, the 61-year-old Duke of York, was sued by Giuffre last month, accusing him of battery and intentional infliction of emotional distress over alleged misconduct from about two decades ago.

Giuffre, 38, was underage at the time of Andrew's alleged abuse, which she said occurred around the time his friend, the financier Jeffrey Epstein, was sexually abusing her.

The prince stepped down from royal duties as details emerged over the last two years about his relationship with Epstein, a registered sex offender who killed himself in a Manhattan jail in August 2019 while awaiting trial on sex trafficking charges.

Kaplan ruled barely six hours after Giuffre formally requested his intervention, saying "service is not intended to be a game of hide and seek behind palace walls."

The judge issued his order one day after London's High Court said it would arrange for Andrew to be served if the parties failed to work out their own arrangement. 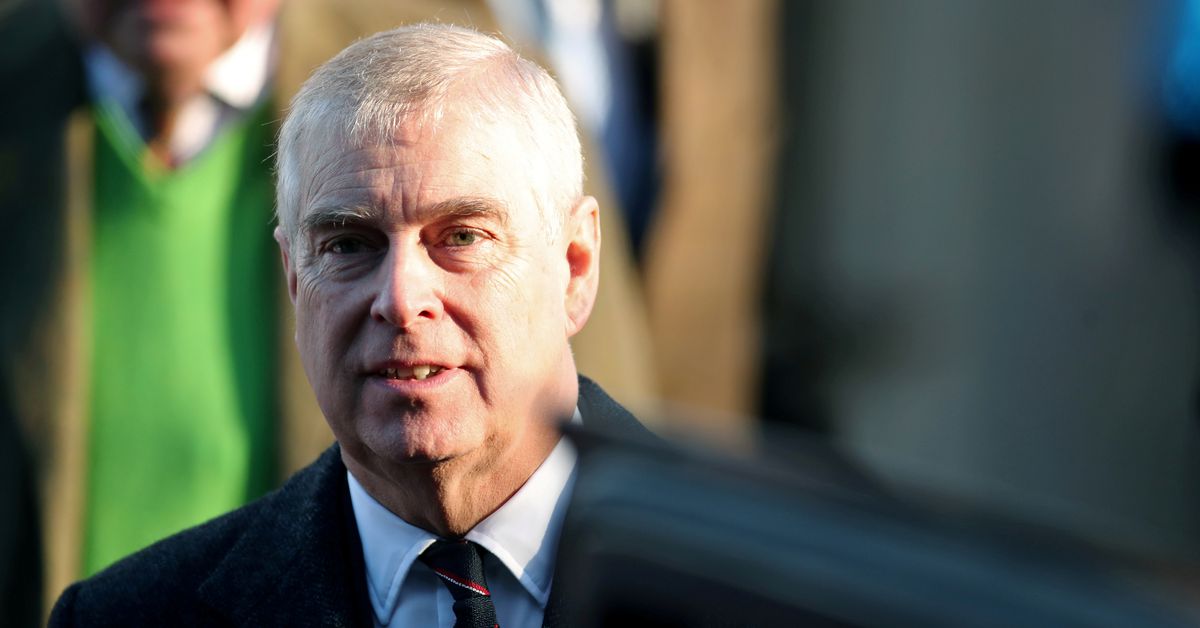 UK court to ensure sexual assault papers can be served on Prince Andrew
London's High Court said on Wednesday it would take steps if necessary to serve papers on Britain's Prince Andrew in a U.S. lawsuit brought by a woman who accuses him of sexually assaulting her two decades ago.

Lawyers for Giuffre have argued they already properly served Andrew in England, when a copy of the lawsuit was left with a police officer guarding the prince's home in Windsor.

In her lawsuit, Giuffre accused Andrew of forcing her to have sexual intercourse at the London home of Epstein's longtime associate Ghislaine Maxwell.

Giuffre also said Andrew abused her at Epstein's mansion in Manhattan and on Epstein's private island in the US Virgin Islands.

Maxwell faces a Nov. 29 trial on charges she helped recruit and groom underage girls for Epstein to sexually abuse. She has pleaded not guilty. Andrew has not been charged with crimes.

Biden says US would come to Taipei's defense

Schools in England struggle to cope as Covid wreaks havoc43min

Artificial intelligence to give China decisive military edge over US: Officials 2hr

Report: Bin Salman fund to give $2 billion to Kushner's firm2hr

Pressure mounts on Prince Andrew to respond to his accuser

Prince Andrew sued in US by alleged Epstein victim