“To defend multilateralism, it is imperative to reject and prevent any perceived benefit and advantage drawn from unlawful unilateral actions and to reject any pressure in contravention of international law and UN Security Council resolutions. NAM should take the lead in this endeavor,” Zarif said in a virtual address to the NAM mid-term Ministerial Meeting on Tuesday.

He said that the US’s “extreme unilateral adventurism” is the “most important challenge” that almost all countries have been facing one way or another, adding, “While some nations are threatened by economic terrorism and military aggressions, others bear the brunt of a crude American protectionist impulse.”

“The blind and unbridled support for apartheid in Palestine, and the denial of the basic rights of the Palestinian people further exacerbate the unstable situation in the entire Middle East region,” Zarif pointed out.

He reiterated Iran’s full commitment to multilateralism as the tenet of a robust foreign policy and said Tehran would continue to “advocate the vision of common, comprehensive, cooperative and sustainable security in West Asia.”

Zarif emphasized that Iran has always been engaged in active cooperation with the United Nations to promote peace efforts in Yemen, Syria and Afghanistan and proposed the “Hormuz Peace Endeavor—HOPE” as an inclusive approach to cooperation and dispute settlement.

Iranian President Hassan Rouhani presented the HOPE while delivering a speech at his UN General Assembly meeting in New York on September 25, 2019, inviting all regional countries to participate in it.

Tehran has on numerous occasions announced its readiness to hold talks with its neighbors directly. It has already put forward the Hormuz Peace Endeavor to promote security in the Persian Gulf and facilitate such neighborly negotiations.

Elsewhere in his address, Zarif stressed the importance of “greater collective action at the international level” given the surging global challenges and particularly at a time that the world is facing rising unilateralism and protectionism.

The top Iranian diplomat said, “The COVID-19 pandemic calls for a strong coordinated international response that can rapidly expand access to tests, treatments and vaccines while recognizing extensive immunization as a public good that must be available and affordable for all, including—and perhaps especially— developing countries.”

He also pointed to the US withdrawal from the multilateral nuclear agreement, officially known as the Joint Comprehensive Plan of Action (JCPOA), in 2018 and said Iran “sacrificed to sustain” the deal, in spite of “abject failure” of the European sides to live up to their commitments.

Referring to the “maximum pressure” policy initiated by former US president Donald Trump against Iran, the foreign minister added that the administration of Joe Biden is still reluctant to abandon the failed campaign.

Trump left the JCPOA in 2018 and initiated a “maximum pressure” campaign of tough economic sanctions against Iran, prompting Tehran to take remedial measures by gradually reducing its nuclear commitments under the deal.

The remaining parties to the JCPOA — France, Britain, Germany, Russia and China — have been engaged in talks since early April to bring the United States back into the deal.

On June 20, the sixth in-person round of the talks came to an end so that the negotiators would return to their capitals for further consultations, which turned out to be the longest break the diplomats have taken since the beginning of the negotiations.

Trump’s withdrawal was criticized by candidate Joe Biden, who defeated him in the November presidential election. Biden had promised to rejoin the JCPOA but the US is yet to take a concrete, verifiable step to that goal. 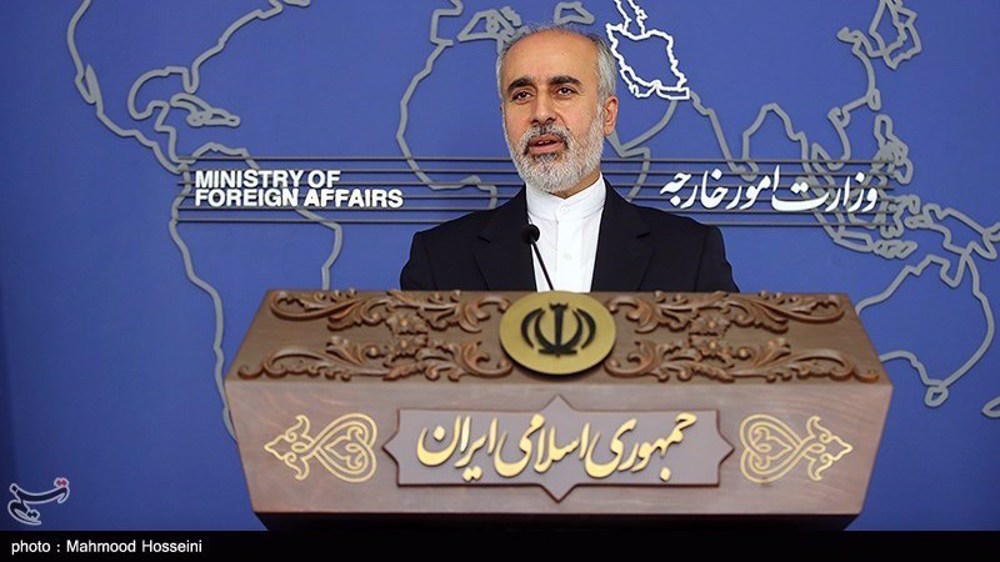 US, allies bent on dragging Ukraine war, and ‘transferring’ it to Russian soil, says official 30min