US should get ties 'back on track' with China: Top diplomat

A top Chinese diplomat has called on the United States to get already damaged relations “back on track,” while warning against spreading an “absurd story” that the coronavirus escaped from a laboratory in Wuhan.

The Chinese Communist Party's chief diplomat, Yang Jiechi, spoke to US Secretary of State Antony Blinken by phone on Friday, saying that Washington should work with Beijing to put ties "back on track.”

Yang said dialogue and cooperation should be the norm for China and the US, now that bilateral ties are at the lowest.

The US and China have been at odds over a range of other issues, including Chinese Taipei (Taiwan) alleged human rights abuses in the Xinjiang region, anti-Beijing protests in Hong Kong, and most of the South China Sea as well as the origin of the coronavirus.

Regarding the issue of the coronavirus, the Chinees diplomat urged Washington to refrain from politicizing an inquiry into the origins of coronavirus.

“We urge the United States to respect facts and science, refrain from politicizing the issue...and focus on international cooperation in the fight against the pandemic," Yang said

He said that Beijing firmly opposed "abominable actions" over the pandemic, which were being used to slander China.

Beijing likens COVID lab leak claims to WMD lies that preceded Iraq invasion
China has compared allegations that the new coronavirus leaked from a Chinese lab in Wuhan with US false claims that Iraq possessed weapons of mass destruction which triggered the 2003 war.

Last month, the Biden administration released an intelligence report that claimed several researchers at China's Wuhan Institute of Virology fell ill in November 2019 and had to be hospitalized.

Consequently, President Joe Biden asked the US intelligence community “to redouble their efforts to collect and analyze information that could bring us closer to a definitive conclusion.”

Former President Donald Trump and his secretary of state Mike Pompeo repeatedly claimed that virus was leaked from a lab in Wuhan, labeling it a “the Chinese virus.”

“The only genuine multilateralism is that founded on the principles of the charter of the United Nations and international law," he told Blinken.

Back in April, Chinses President Xi Jinping also called for a fairer world order in the face of the West’s unilateralism, warning hegemonic countries against “bossing others around.”

China and the US have been engaged in an intense trade war, kicked off under the Trump administration.

Beijing hoped for an improvement in relations under Biden's administration, but the new president has so far shown no sign of backing down on hardline policies toward Beijing.

The Democratic president has even urged his democratic allies to harden their stance on China.

In a latest anit-Beijing move, US Defense Secretary, Lloyd Austin directed the Pentagon on Wednesday to place China at the center of its defense policy.

Many of the task force’s recommendations remain classified, but a senior Defense official said that this directive “is ultimately about getting the Department’s house in order and ensuring that the department lives up to the stated prioritization of China as the No. 1 pacing challenge.”

The Pentagon directive was issued as Washington is seeking to expand its presence in the Pacific, to challenge China’s sovereignty over the South China Sea and Chinese Taipei (Taiwan).

Biden, himself, has already described China a major concern of his administration and sought to bolster ties with allies to challenge Beijing.

Beijing has sovereignty over Chinese Taipei under the "One China" policy, which is in principle recognized by almost all world countries.

But successive US administrations and other Western governments have been seeking independent relations with Chinese Taipei. 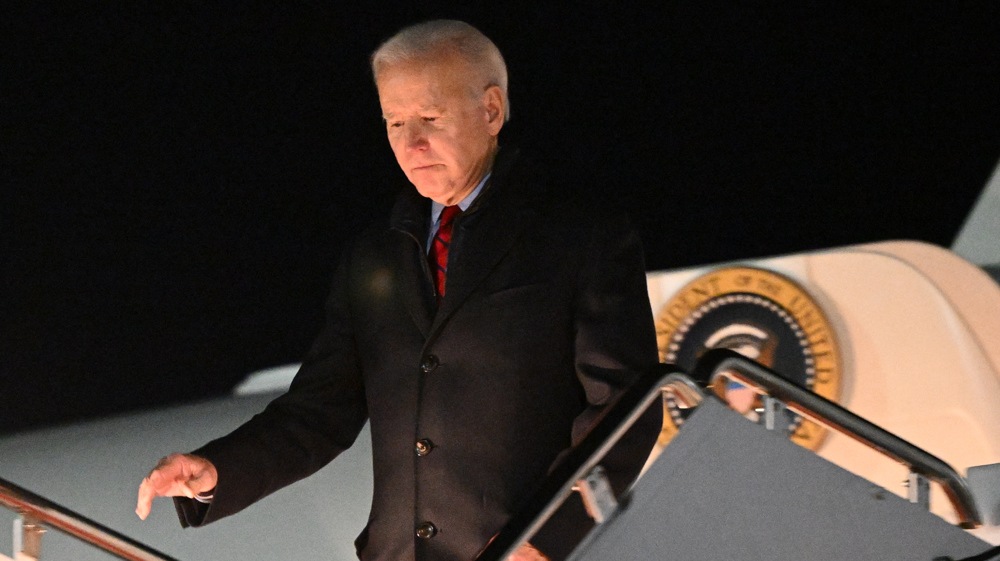 Top US general warns of China’s rising military might