UK warships to sail for Black Sea in May as Ukraine-Russia tensions rise: Sunday Times

The UK’s Navy warships will sail for the Black Sea next month amid rising tensions between Ukrainian and Russian forces, the Sunday Times newspaper reported, citing senior naval sources.

One Type 45 destroyer armed with anti-aircraft missiles and an anti-submarine Type 23 frigate will peel off from the Royal Navy's carrier task group in the Mediterranean and head through the Bosphorus into the Black Sea, said the report.

RAF F-35B Lightning stealth jets and Merlin submarine-hunting helicopters are to stand ready on the task group's flag ship, the carrier HMS Queen Elizabeth, to back up the warships in the Black Sea, the report added.

The paper noted that the move was meant to demonstrate solidarity with Kiev and NATO allies in the region.

The move comes after US President Joe Biden decided to cancel the deployment of two American warships to the Black Sea last week for fear of escalating the crisis, according to the report.

Tensions have been on the rise in and over the Russian-speaking Donbass region of Ukraine, where Ukrainian troops and pro-Russia forces have been fighting since 2014, when the then Ukrainian territory of Crimea voted in a referendum to join Russia.

Kiev and its Western allies believe the reunification amounts to an annexation of the territory. They accuse Moscow of having a hand in the crisis. Russia denies the allegation.

Kiev and Moscow have since traded blame for a spike in violence in the Donbass region.

Meanwhile, a UK Ministry of Defense spokesman told the newspaper that the British government was working closely with Ukraine to monitor the situation.

"The UK and our international allies are unwavering in our support for Ukraine's sovereignty and territorial integrity", the newspaper quoted the spokesman as saying.

The UK also sent a British spy aircraft to the Black Sea region to monitor Russian forces on the Ukrainian border. The so-called Airseeker was deployed by the Royal Air Force (RAF) to the region to gather intelligence, although the RAF claimed that it had made the aircraft visible on commercial tracking services.

That also followed the deployment of the British RC-135 Rivet Joint on a similar mission along the Ukrainian border.

Meanwhile, French President Emmanuel Macron said the international community has to "define clear red lines with Russia," calling for sanctions on Moscow in case of what he referred to as "unacceptable behavior."

On Friday, Macron and German Chancellor Angela Merkel voiced their support for Ukrainian President Volodymyr Zelensky, calling on Russia to rapidly withdraw its troops from the border region.

The United States and NATO have recently warned of Russia amassing military forces near the Ukrainian border and have dispatched military personnel and equipment to Ukraine, which is not a NATO member.

Russia says it is using its own territory for defensive activity amid increased NATO presence near its borders. 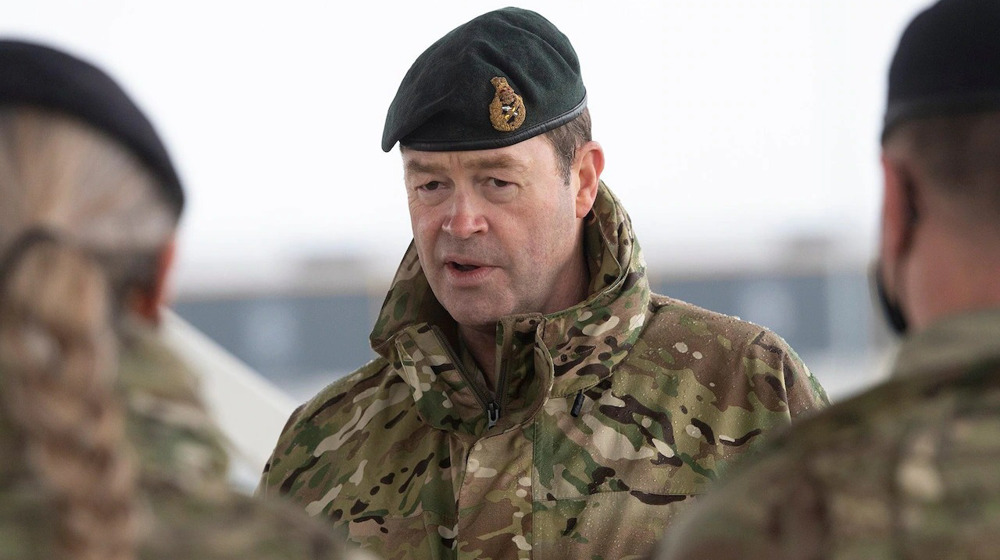 President Putin: Russia sure it will be victorious in Ukraine 6hr

US, Russia on confrontational path

Biden: US has ‘unwavering’ commitment to Ukraine