In this file photo, the Russian vessel RoRo SPARTA II is seen sailing through the Bosphorus en route to the port city of Tartous, Syria.

The United States and Israel are trying to prevent cargo ships and oil tankers from entering Syrian waters as part of the economic siege against the Arab country and its reconstruction process following the bloody civil war, a political analyst says.

Saleh Abu Izzah, a senior expert in West Asia affairs, told Press TV that the US is using the economic blockade to achieve what it failed to accomplish in the battlefield of the full-scale war.

He said the US has started its regular attacks against Syria since 2011, and later, along with its allies, imposed a cruel and horrible blockade against the government, ruling system, and people of Syria by passing the Caesar Act in 2020.

Abu Izzah referred to the siege as a mechanism used by Washington, Riyadh, and Tel Aviv to undermine the Astana Peace Process, an initiative launched by Iran, Russia, and Turkey to find a political settlement to the Syria crisis.

In comments on Thursday, Syrian and Russian officials said the United States continues to impede the restoration of stability in the country through the imposition of economic sanctions, arguing Washington is using various methods of economic and political pressure on international bodies and organizations to turn a blind eye on the repercussions of such bans.

“The US and its allies continue, by all means, to undermine stability in Syria. All US claims of willingness to provide the Syrian nation with assistance are false. These unlawful sanctions completely strangle Syria’s economy,” the Russian and Syrian Joint Coordination Committees on Repatriation of Syrian Refugees said in a joint statement.

Syria, Russia say US not letting stability return to Syria

The joint committees then called on the international community to pressure the US and its allies to abandon their inhumane policies against Syria, and to embrace the international law and principles of the United Nations.

Earlier, Russia’s foreign minister said sanctions imposed on Syria by the United States and other Western countries target all Syrian people and obstruct the reconstruction process in the war-torn country.

Iran opened a direct shipping line between its major container port of Bandar Abbas in the south and Syria’s Mediterranean port of Latakia earlier this month.

“Based on the agreement reached, cargo ships will be scheduled to carry freight from Iran to Syria once per month,” said Kayvan Kashefi, who serves as the Chairman of Iran-Syria Joint Chamber of Commerce.

Kashefi said the service could take place twice a month if demand for shipping to Syria increases on the Iranian side.

Defying the US and Israeli attempts to impose a blockade on Syrian people, Iran and Syria are expected to significantly increase their trade and economic ties now that the Arab country has emerged of years of bloody terrorism campaign against its government.

Along with Russia, Iran has offered massive help to the Syrian government to fight terrorist groups since the unrest began almost a decade ago. 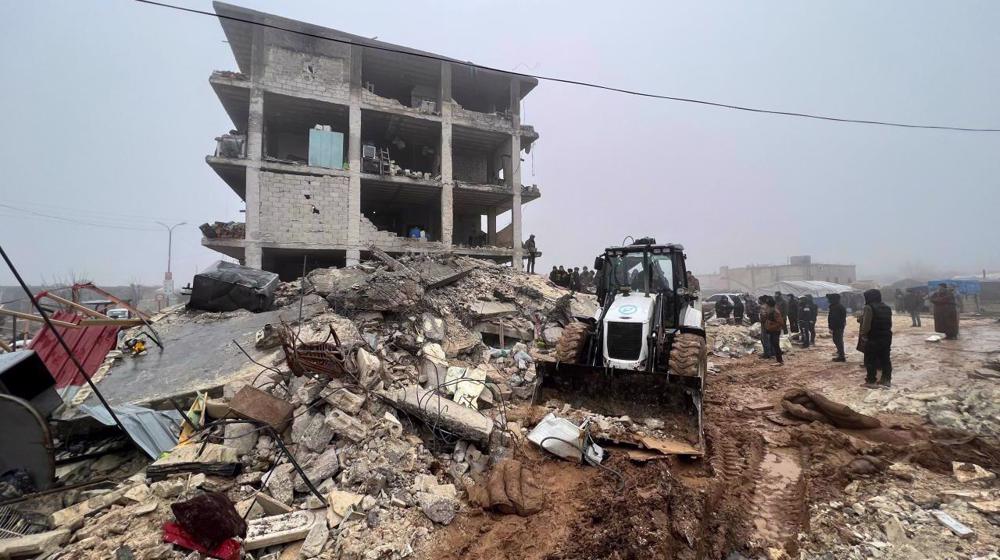