Thursday, 20 August 2020 12:35 PM  [ Last Update: Thursday, 20 August 2020 2:51 PM ]
Former US vice-president and Democratic presidential nominee Joe Biden stands on stage at the end of the third day of the Democratic National Convention, being held virtually amid the novel coronavirus pandemic, at the Chase Center in Wilmington, Delaware on August 19, 2020. (AFP photo)

Hillary Clinton seems to have remarkable gaps in her memory, and an extraordinary attitude towards foreign policy. I mean, she herself is a self-confessed murderer, war criminal, human rights violator. She bragged about murdering Muammar Gaddafi in Libya, saying: ‘We Came, We Saw. He Died.’

She doesn't know what she's talking about. And she needs to look at reality and look at her own past remarks.

This business of you pick and you choose who you're going to support this week and oppose next week is absolutely nonsense. It is dangerous. It shows that you have a government that can't be trusted, and a government that really doesn't know what it's doing.

The US has guaranteed to support the apartheid entity of Israel, an illegitimate, artificial, and terrorist creation that has no right to exist.

It (the US) supports the Kingdom of Saudi Arabia, a murderous, warlike, authoritarian government made up of rich princes out for making more money than they possibly can spend. Yet, the United States supports these people, and, instead of internationalizing the holy sites of Mecca and Medina, lets the Saudis manage this so they can keep out anybody they don't like, such as the Iranians. 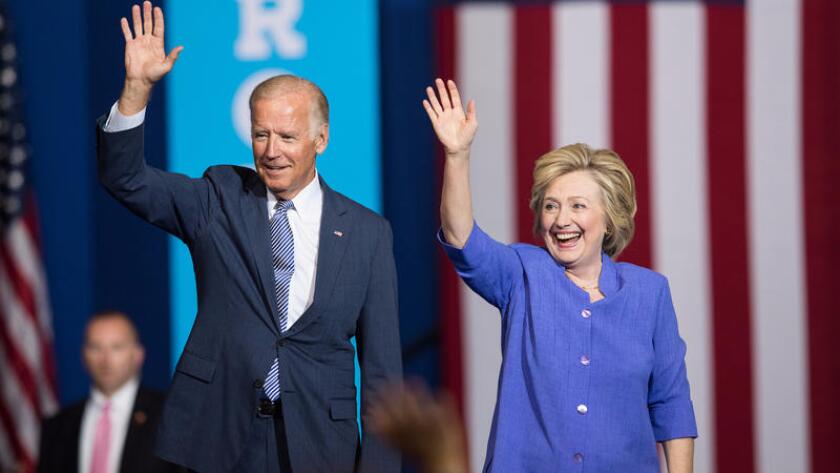 Joe Biden, campaigning in 2016 during Hillary Clinton’s bid for president, doesn’t elicit the same rancor as the former first lady and secretary of State.

I mean, the Joint Comprehensive Plan of Actions is not in Iran’s interest because the JCPOA puts unbelievable restrictions on Iran that it doesn't put on Israel, and it doesn’t put on the United Arab Emirates, for example, and if the United States were still in the JCPOA, yes, it could have pushed through the extension of sanctions and weapon sales as part of the agreement through the United Nations and push them far beyond October of this year.

‘JCPOA was a good deal for the US and Israel’

I think that the Joint Comprehensive Plan of Action was a bad deal for Iran and a good deal for the United States and Israel. I think that the only advantage to being back in the JCPOA, the only advantage in continuing the JCPOA is that European countries and other firms, other countries would permit their firms to trade with Iran and provide Iran with much-needed equipment such as supplies and so on, including medical equipment.

So that's about it, but the only thing I could see as an advantage is that it permits Iran to trade with other countries. But I think if you drop the sanctions on Iran, like there are no sanctions on France, or no sanctions on Israel, and so forth, it would be a lot better for all the parties concerned.

J. Michael Springmann is an American political commentator, author and former US diplomat in Saudi Arabia. He is based in Washington. He recorded this article for Press TV website.

Chinese expert warns US on changes to Taiwan policy

Existing US ‘system is rooted in racism and exploitation’