“It’s clear that Jeb Bush is no longer seen as a viable candidate, primarily because of voter fatigue with the Bush family legacy,” said Dennis Etler, a professor of Anthropology at Cabrillo College in Aptos, California.

“Many of the other plethora of Republican candidates are mere window dressing to jack up interest in the primary process,” he told Press TV on Friday.

“There is however an inner dynamic to the whole process and demagogues such as [Donald] Trump and ideologues such as [Ben] Carson can easily gain traction during its early stages,” he stated.

“The big money however is wary of the misfits who fire up the base. They may garner votes but they can be unreliable and unpredictable, hence the powers that be will do all they can to eventually shoot them down,” the analyst stated.

“Rubio is considered a good candidate since he can be putty in the hands of the moneyed interests he represents. He may also have an appeal to Hispanic voters as well, a growing demographic in presidential elections,” he pointed out.

“With Bush's support waning Rubio has become, at this point, one of the only games in town for the Republican establishment which will make the final decision as to who will run,” he noted.

Etler made these remarks when asked that following the third GOP debate, why Republican donors started turning to Rubio, and media began describing the Cuban-American politician as the serious candidate to challenge Hillary Clinton for the White House in 2016.

“All the Republican candidates for the US presidency share the same values and endorse the same policies,” Etler said.

“They differ only in the details, if that. The struggle is not over ideology but over optics, which candidate most appeals to the party's core voting constituency,” he stated.

“Frequently the question comes down to which candidate has the greatest chance of winning in the general election and nothing else,” he said.

“The same applies to the Democrats who are running for the office. It all boils down to which candidate can bring out the most voters while being the least threat to the party bosses and the interests they represent,” he noted.

New York billionaire Trump continues to lead the Republican field nationally in the race to become a nominee for president.  But there are more than a dozen other Republicans who are seeking their party’s nomination for president as well.

Hillary Clinton is competing against only three Democrats and independent senator Bernie Sanders, for the Democratic Party's nomination. Only Sanders is considered at all competitive in the early primaries.

Etler said that “the primaries are a sideshow. There have always been ‘insurgents’ who run for the Republican nomination but look who has been selected over the years.”

“They have all been establishment candidates. The crazies are eventually all weeded out,” he said.

“Of course circumstances could change and a few candidates are still in the wings who could replace Rubio such as Carly Fiorina or John Kasich,” he stated.

“Even the likes of Chris Christie could be resurrected if need be. But all in all the Republican primaries are about picking the candidate who can best mobilize and galvanize the Republican base, and appeal to special interest groups while not stepping on big money’s toes,” the analyst concluded. 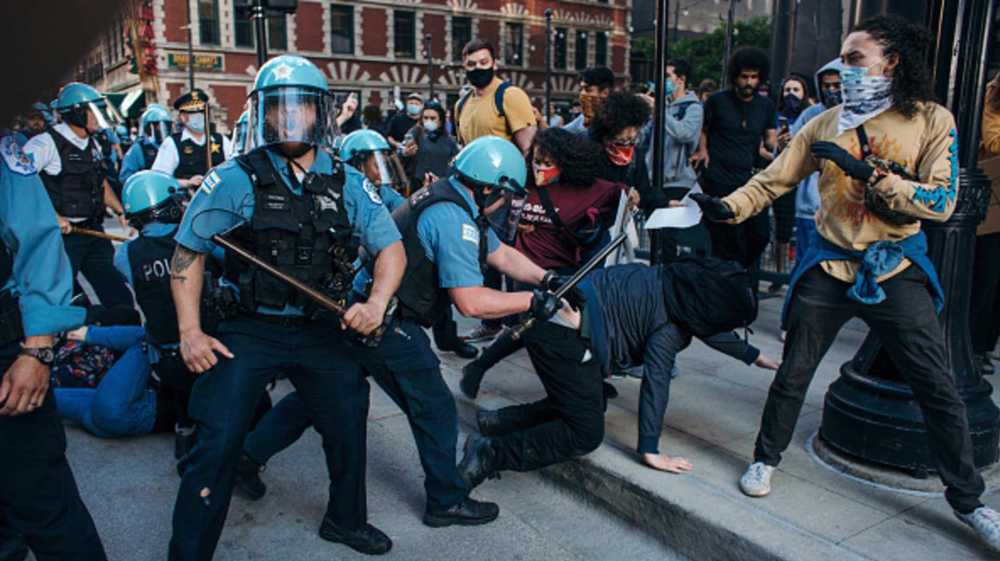 Protests erupt in Berlin against decision to send tanks to Ukraine2hr