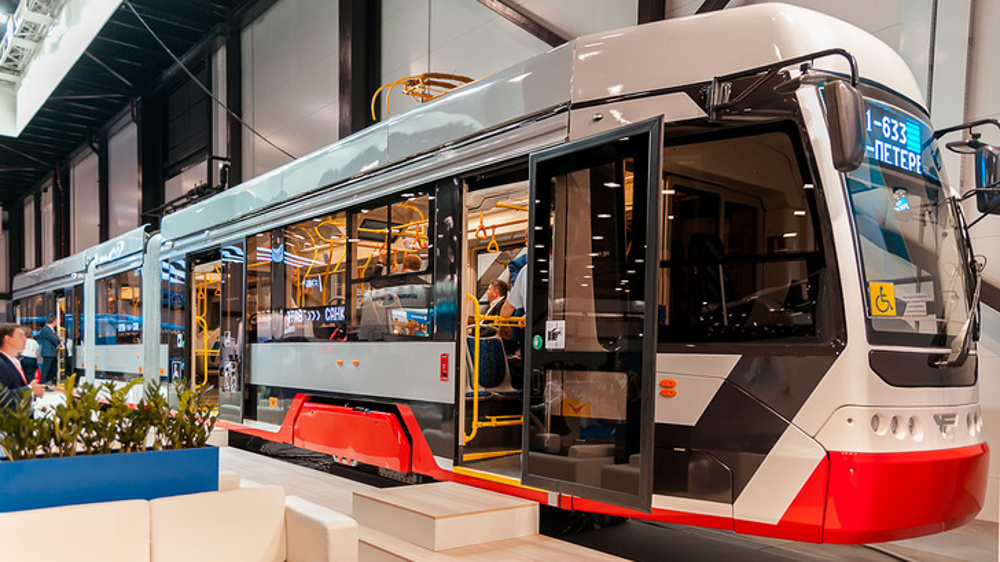 "Two months ago, we were visited by Iranian colleagues; they talked to all producers and came back to us. They want us to produce the bogies, because we do it the best. Later, the Iranian side wrote that they have high interest in cooperation, because their tram and railroad enterprises are combined," Romon Novikov told TASS news agency.

The Ust-Katav car-building plant or UKCP was formerly a subsidiary of Khrunichev State Research and Production Space Center, but became independent in February 2020.

The plant is able to produce tram cars with various track width and power control systems, as well as spare parts and service equipment.

Tehran has already a memorandum of understanding with Moscow to provide $1 billion to electrify a 500 km railway route in northern Iran. Russia is supposed to finance the project as part of its $5 billion credit line for infrastructure projects in Iran.

Iran minister due in Russia to 'operationalize' $5billion loan
Iran’s Energy Minister Reza Ardakanian says he will head to Moscow on Thursday to “operationalize” a $5 billion credit line for infrastructure projects.

They have sought to deepen their ties with the aim of thwarting Western sanctions on both countries.

On Sunday, Iranian President Ebrahim Raeisi stressed the need for Tehran and Moscow to develop “strategic” economic cooperation as he received credentials of Russia’s new ambassador to Tehran.

Ambassador Alexey Dedov said economic relations between Iran and Russia have frustrated the West’s sanctions. One of his priorities, he said, is to push for constant promotion of economic cooperation with Iran.

In July, President Vladimi Putin visited Iran in his first international trip outside the former Soviet Union since the start of the Ukraine war.

Novikov told TASS on Saturday that there is serious cooperation with Iran on gas pumps.

Last October, Iranian media reports said the country had signed a contract to supply Russia with 40 turbines to help its gas industry amid Western sanctions.

Hours before Putin’s visit to Tehran, the National Iranian Oil Company (NIOC) and Russia’s Gazprom signed a “historic” deal worth $40 billion for joint investment in oil and gas projects.

NIOC Managing Director Mohsen Khojastehmehr said then the deal was the largest foreign investment commitment on record in the entire history of the Iranian oil industry.

Last week, Iran’s consul general in Astrakhan Mehdi Akuchakian said the Islamic Republic of Iran Shipping Lines (IRISL) had ordered Russia to build a ship for use in the Solyanka port which the two countries are developing with joint investment.

The IRISL is investing $10 million in Solyanka port of Russia’s Astrakhan, Iranian media reports have said.

The construction of the ship is another watershed in developing the International North–South Transport Corridor, a 7,200 km multi-mode network of ship, rail, and road route for moving freight between India, Iran, Azerbaijan, Russia, Central Asia and Europe.

The past few months have seen an uptick in efforts by Iranian and Russian institutions to improve commercial and economic cooperation.

Trade between Russia and Iran has surged this year, with turnover exceeding $4 billion over January-October 2022 and is expected to surpass $5 billion by the end of the year, according to Russia’s Federal Customs Service. Russian exports to Iran have so far jumped by 27% versus last year, while imports are up 10%.

US Justice Dept. to review Memphis police after brutality 42sec

At least 24 dead in Chile as wildfires expand across country4hr