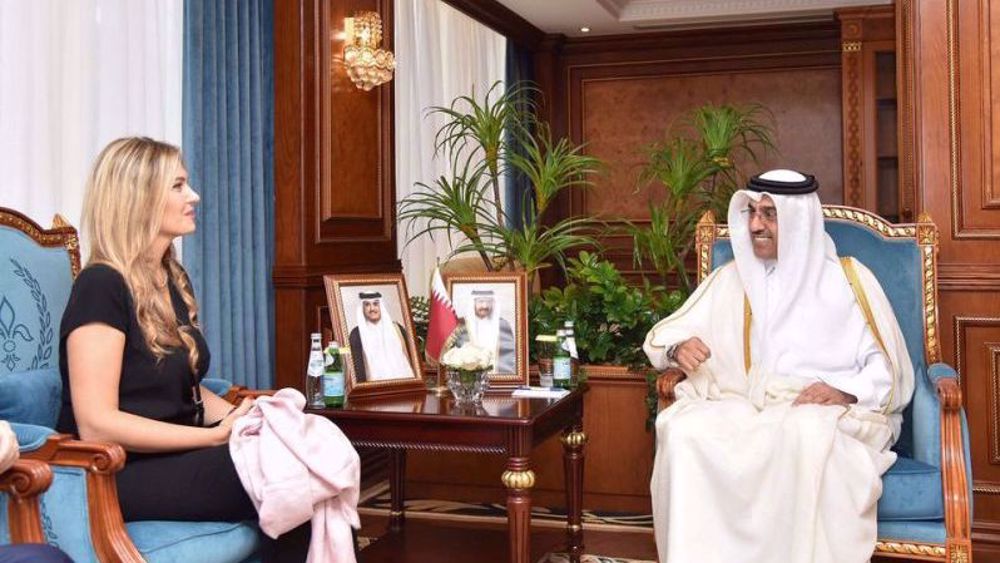 The credibility of the European Parliament is at stake over Qatar’s graft probe, the EU ministers say, in light of allegations the Persian Gulf peninsular country, currently hosting the FIFA World Cup, lavished cash and gifts on the parliament’s officials to influence decision-making.

Three associates of the parliament's vice president were also charged after bags of cash were found in Kaili’s home shortly after she returned from an official visit to Qatar. A second MEP's house has been searched.

As part of the investigation, Belgian prosecutors searched 16 houses and seized 600,000 euros ($631,800) in the capital Brussels on Friday, when Kaili was arrested.

For her part, Manon Aubry, head of the Left group, called on Kaili to step down and urged setting up a commission of investigation into what Aubry described as the parliament's “failures” in the affair.

German Green MEP Daniel Freund also said, "This will be a good week to fight corruption!"

In a video statement posted on Twitter by the Qatar News Agency, she said, “I believe the World Cup for Arabs has been a great tool for... political transformation and reforms.” Arrest of EU lawmakers in 'Qatar bribery probe' sparks calls for reform in bloc's parliament
The European Parliament is urged to enact reforms after arrests are made in connection with a alleged Qatar-linked bribery probe.

In Athens on Friday, the president of the Greek socialists (PASOK) Nikos Androulakis announced on Twitter that Kaili had been expelled from the party.

Kaili has been stripped of her responsibilities as a vice president of the European Parliament.

“This is really an unbelievable incident that must now be cleared up, without ifs and buts, with the full force of the law,” said German Foreign Minister Annalena Baerbock. “Because this is also especially about Europe's credibility and consequences must follow.”

Reacting to the reports, an unnamed Qatari government official, told AFP, "We are not aware of any details of an investigation. Any claims of misconduct by the State of Qatar are gravely misinformed." The country "operates in full compliance with international laws and regulations," he added.

Doha has “categorically” denied any wrongdoing.

The small Persian Gulf country had been hoping its diplomatic outreach, and the glow of hosting the World Cup, would obtain EU visa facilitations for its people.