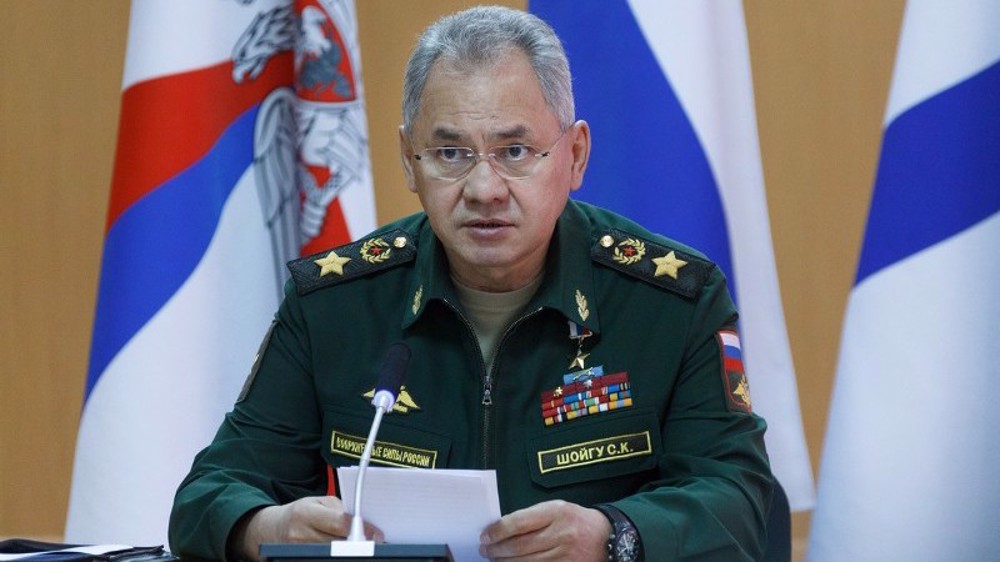 Russia says it plans to develop its nuclear weapons program and build infrastructure for the deployment of new strategic missiles.

In televised comments on Wednesday, Russia's Defense Minister Sergei Shoigu also said Moscow would work to improve the combat capabilities of its missile forces, adding that facilities were being constructed to accommodate new nuclear missile systems.

"When preparing the list of capital construction projects for 2023, special attention will be paid to construction for strategic nuclear forces," he said.

Russia is in possession of the largest stockpile of nuclear weapons in the world, with a reported 6,000 warheads.

"At the moment, the construction of infrastructure facilities for the deployment of new missile systems has been begun in five units of the Strategic Rocket Forces. As for the space forces, work continues on the creation of an interspecific test site in the Krasnoyarsk Territory," Shoigu added.

"Tornado-S long-range multiple rocket launcher and Malka high-power artillery systems are involved in the implementation of the plan. This makes it possible to effectively hit foreign rocket and artillery systems," he said.

Putin has said previously that he would defend Russia's "territorial integrity" by all available means if necessary.

Russia says has ‘no need’ to use nuclear weapons in Ukraine
Russia has dismissed media speculations about a possible deployment of nuclear or chemical weapons in Ukraine, saying Moscow has “no need” to use its nuclear arsenal to achieve its goals in the conflict.

Since the onset of the offensive, the United States and its European allies have imposed waves of economic sanctions against Moscow while supplying large consignments of heavy weaponry to Kiev. The Kremlin says the sanctions and the provision of weapons will prolong the war.

Russia and the US were due to hold talks in Egypt Cairo this week on the New START, a bilateral nuclear arms control treaty that limits the number of nuclear warheads each country can deploy to no more than 1,550. Moscow earlier canceled those talks.

The New START was signed in 2010 by former US President Barack Obama and his Russian counterpart, Dmitry Medvedev. Just days before the treaty was due to expire in February 2021, Russia and the US agreed to extend it for another five years.