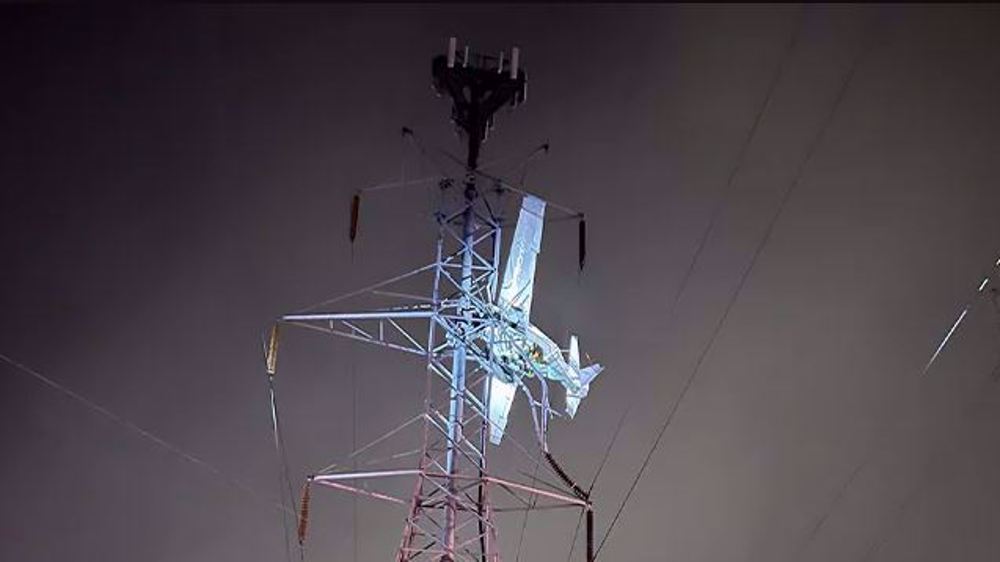 Photo: Montgomery County, Maryland power customers were without electricity after a small plane crashed into an electrical tower on Sunday night.

A small plane crashed into power lines in the US state of Maryland, triggering a widespread power outage in Montgomery County, according to reports.

A single-engine Mooney M20J crashed into wires near Montgomery County Airpark in Gaithersburg, Maryland, around 5:40 p.m. local time Sunday, according to the Federal Aviation Administration.

The crash left two people dangling about 100 feet in the air and knocked out power to thousands of people in the area, officials said.

Approximately 85,000 homes and businesses were affected due to the blackout across the county.

"A small plane has crashed into power lines in the area of Rothbury Dr & Goshen Rd, taking out power to parts of the county. @mcfrs is on scene. PLEASE AVOID THE AREA, as there are still live wires," said the Montgomery County police on Twitter.

Maryland State Police identified the occupants of the plane as pilot Patrick Merkle, 65, of Washington, D.C., and passenger Jan Williams, 66, of Louisiana.

The crash occurred near a commercial area during rains, but the actual cause is yet to be ascertained.

Utility company Pepco said they were working with authorities to assess the damage.

A small plane carrying two people got stuck in live power lines in Gaithersburg, Maryland, causing widespread power outages in the surrounding county as officials waited for permission to safely extricate them and the aircraft. https://t.co/N0GLtcLETJ

"We have confirmed that a private plane came into contact with Pepco's transmission lines in Montgomery County, resulting in an outage to approximately 85,000 customers," the utility company tweeted. "We are assessing damage and working closely with Montgomery County fire and emergency services."

"We are awaiting clearance to the scene before crews can begin work to stabilize the electric infrastructure and begin restoring service," Pepco said.

The crash will be investigated by the Federal Aviation Administration (FAA) and National Transportation Safety Board, the FAA said in a statement.