According to recent reports, 2.2 million children under five needing treatment for acute malnutrition. (Photo by AFP)

The UN special envoy for Yemen sounds the alarm over a worsening economic and humanitarian situation in the war-ravaged country, which remains under a crippling Saudi-led siege, calling for a renewed cessation of attacks on Yemen by Riyadh and its coalition allies.

Hans Grundberg told the UN Security Council on Tuesday that since the expiration of the six-month truce around seven weeks ago, Yemen has witnessed a further deterioration of the economic and humanitarian situations.

“Even though overall levels of violence have only increased slightly compared to the six-month truce period, in recent weeks we have seen a concerning uptick in incidents,” Grundberg said.

He said the situation is fragile, and that all parties need to urgently reach an agreement to renew the truce.

Grundberg further said he is engaging the parties on not only extending the truce but initiating discussions on a path toward “a more comprehensive settlement of the conflict.”

Asked about the obstacles, Grundberg did not elaborate, but stressed the need for discreet diplomacy.

“We are seeing challenges in how to frame issues related to the economic matters such as the payment of salaries, and also broader issues which have an implication on the more long-term settlement of the conflict,” he said.

The special envoy said that the international community and, more importantly, the Yemenis expect to see actionable commitment to a peaceful resolution of the conflict.

The UN-brokered truce between the aggressor Riyadh-led coalition and the government in Sana’a, led by Yemen’s popular Houthi Ansarullah government, first came into effect in April.

In line with the agreement, the coalition agreed to end its attacks on Yemeni soil and a simultaneous siege that it has been enforcing against Yemen.

However, the truce expired in October after Yemen did not approve an extension due to the Saudi-led coalition’s constant violations of the agreement.

Spokesman of Yemen’s Ansarullah resistance movement, Mohammed Abdul-Salam, clearly stated in September that Yemen’s view regarding the ceasefire is that “the siege must end and foreign forces must leave Yemen,” and that “until these goals are achieved, the ceasefire must not be further extended.” 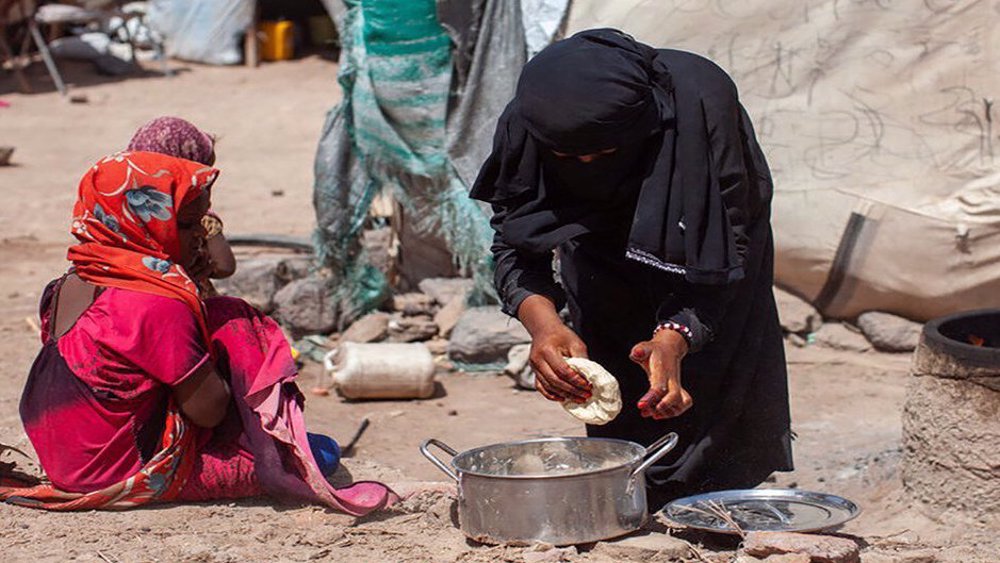 Addressing the same Security Council session, Reena Ghelani, the operations director in the UN humanitarian office, warned that “hunger continues to haunt more than half the population in Yemen, preying on the most vulnerable.”

The UN official added, “17 million people still do not know where they will get their next meal.”

According to recent figures, two out of three Yemenis are currently suffering from food insecurity. Also, malnutrition rates among Yemeni women and children are among the highest in the world, with 1.3 million pregnant or breastfeeding women and 2.2 million children under five needing treatment for acute malnutrition.

Saudi Arabia began the devastating war on Yemen in March 2015 in collaboration with its Arab allies.

The Saudi-led war — which has been enjoying unstinting arms, logistical, and political support from the United States and other Western states — has left hundreds of thousands of Yemenis dead and displaced millions more. It has also destroyed Yemen’s infrastructure and spread famine and infectious diseases in the war-ravaged country.

The war has been seeking to change Yemen’s ruling structure in favor of the impoverished country’s former Riyadh- and Washington-friendly rulers and crush the Ansarullah resistance movement. The Saudi-led coalition, however, has failed to meet any of its objectives in the face of the stiff resistance put up by the Yemeni nation. 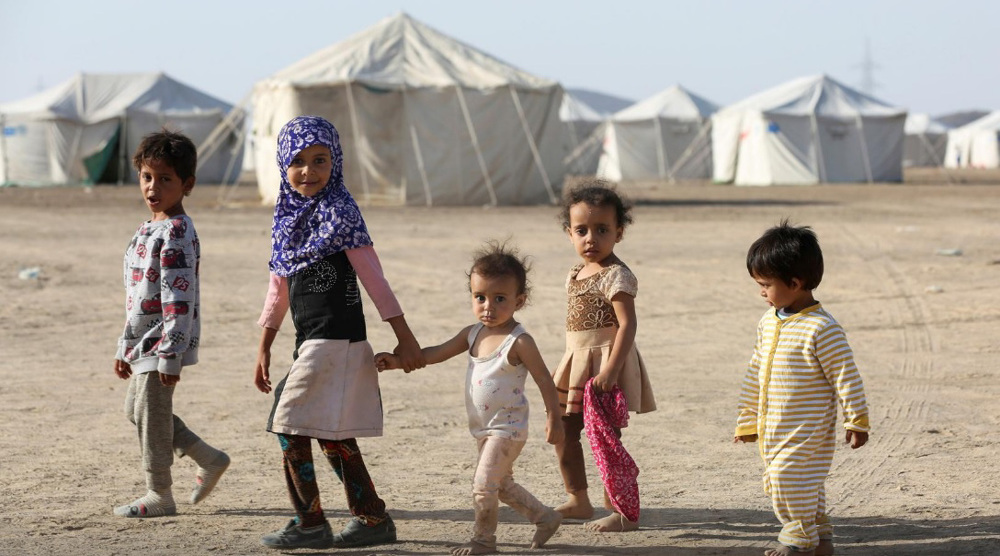 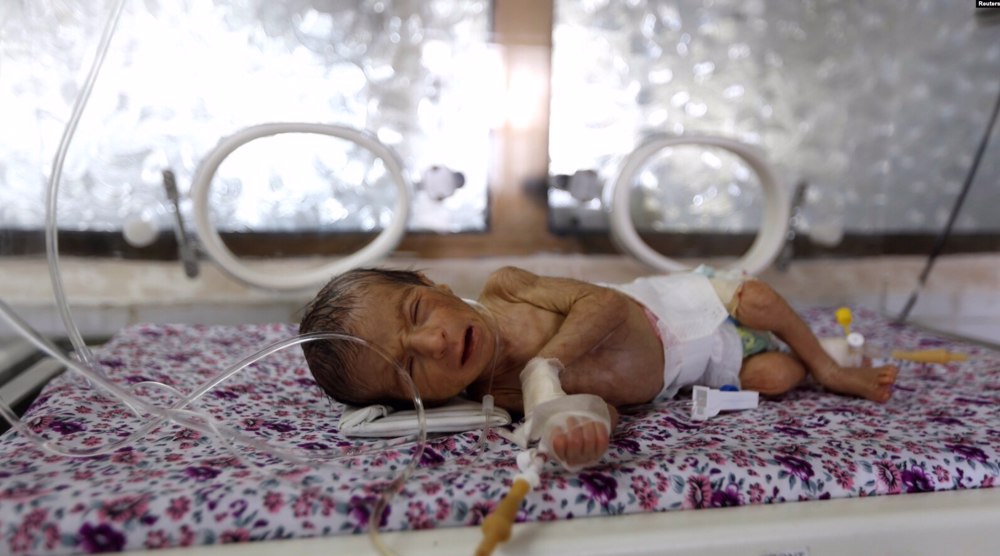 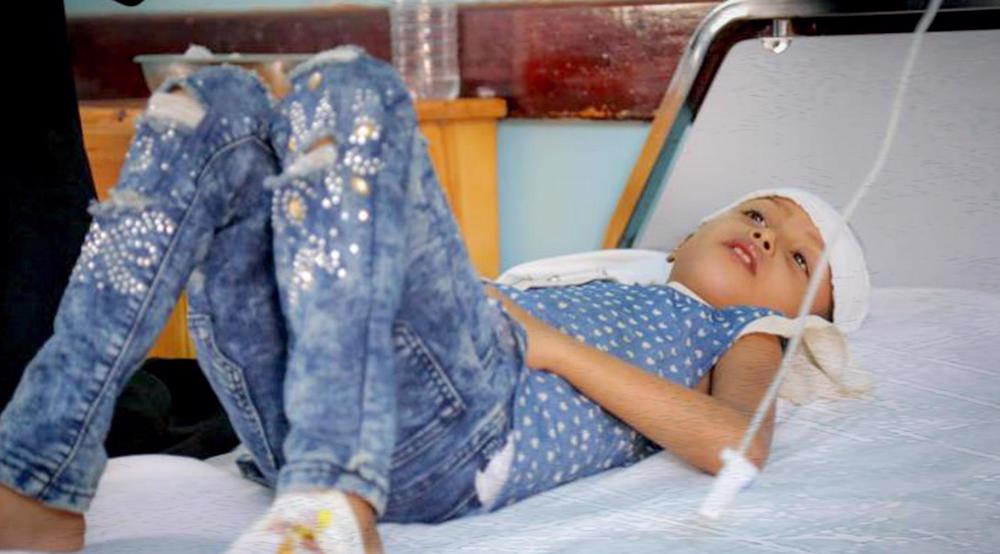