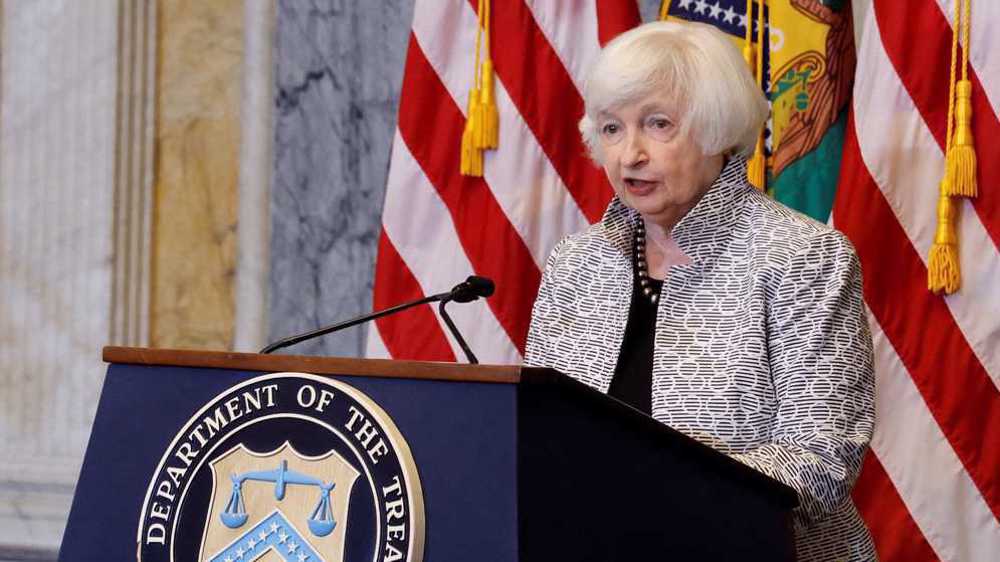 The United States has said it would provide $4.5 billion in financial support for Ukraine, with the funds aimed at "bolstering economic stability and supporting core government services."

"These funds will begin disbursing in the coming weeks," US Treasury Secretary Janet Yellen said in a statement on Tuesday.

She added that the aid will be delivered to Ukraine's government and help it against Russia's military action "by bolstering economic stability and supporting core government services, including wages for hospital workers, government employees, and teachers.”

The US Congress has allocated a total of $65 billion in funding for Kiev since Russia began its military operation in Ukraine in late February, according to the report, which also noted that the Biden administration has not yet made a formal request for new funding.

Meanwhile, the World Bank said in a separate statement on Tuesday that financial support is being sent under its Public Expenditures for Administrative Capacity Endurance in Ukraine (PEACE) project, which is part of the multi-billion-dollar package to help the country.

"Our commitment to deliver urgent assistance to the people of Ukraine is strong as ever," he added.

Yellen said that the latest funds bring the total American direct budget support for Ukraine to $13 billion, all in grants.

In addition, the United States has also provided more than $18 billion in military assistance to Ukraine since February. The US Agency for International Development has provided $9.88 billion in development and humanitarian assistance.

US giving Ukraine more weapons than announced: Report
The US is secretly providing Ukraine with additional weapons, accoridng to a report.

Russia has repeatedly warned that supplying Kiev with more and more weapons will only exacerbate the conflict, which is now in its ninth month.

Continuously flooding Ukraine with weapons "will only drag the conflict out and make it more painful for the Ukrainian side, but it will not change our goals and the end result," the Kremlin's spokesman, Dmitry Peskov, said earlier this month.

Peskov insisted that the US was in reality engaged in the Ukraine conflict. "The US de facto has become deeply involved," he said.

His remarks echoed those of Foreign Minister Sergei Lavrov, who said that Washington had "been participating de facto in this war for a long time."

"This war is being controlled by the Anglo-Saxons," Lavrov said.