A German official has sounded the alarm, warning of serious electricity shortage in the country, and across the region.

"We have to assume that there will be big blackouts in winter," President of the German Federal Office for Civil Protection and Disaster Assistance, Ralph Tiesler, said in an interview with the Berlin-based German newspaper Welt am Sonntag published on Saturday.

"We have to expect blackouts in the winter. By this I mean a regional and temporary interruption in the power supply," Tiesler said, adding that the power cuts were due to both energy shortages and temporary shutdowns of the entire grid to protect the entire network.

The official further added that he was referring to short-term power outages, so-called brownouts, rather than large-scale blackouts.

Tiesler warned that the situation could potentially reach a critical point, urging Germans to stock up on food, water, and other essential supplies. 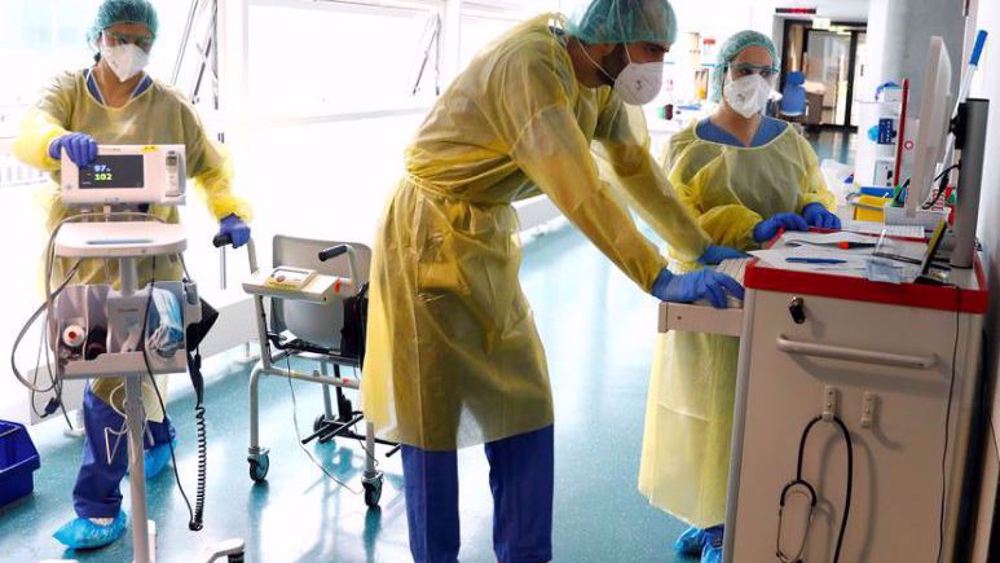 Germany may shut hospitals due to energy crisis, warns health minister
A significant number of hospitals in Germany may face closures amid rising energy costs and soaring inflation in the country, German Health Minister Karl Lauterbach warned on Sunday.

The last couple of years have been really tough for Germans, Tiesler said, adding that the COVID-19 pandemic served as a prime example of the unforeseen effects of a crisis.

The coming years are yet to be more challenging in light of the worsening climate situation and other serious and geopolitical tensions, Tiesler pointed out.

He said the saddest part of the news was that the European Union at the confederal level denies the hardships that normal people were going to face in winter.

In related news, a major German grid operator told media in early October that the country may be forced this year to cut its electricity exports to other countries in order to survive in winter.

Neumann said in the interview that temporarily pausing exports of electricity for hours, rather than days, could be a "last resort" to salvage the countries embattled energy crisis, which has been in the eye of the storm since gas supplies from Russia were cut.

France and Austria are the biggest importers of Germany’s surplus electric power, whose energy crises could deteriorate with any switch off of German exports.

Neumann said the Ukraine crisis was one of numerous "overlapping issues" contributing to Europe's energy crisis, worsened by the shutdown of over half of France's 56 nuclear power plants and low water levels on main rivers delaying coal shipping.

He claimed that while Amprion ignored "political and ideological aspects", he didn't agree with the comments from economics minister Robert Habeck, who said in July that Germany didn't have an electricity problem.

"If that was the case, we would not have been asked [by the government] to conduct a special analysis [on the electricity market in the winter]," he noted.

Record energy crisis in decades looming in Europe as winter nears, says US magazine
The US-based business magazine Fortune said the war in Ukraine has created a ripple effect in world markets.

The government decided in September to postpone the decommissioning of two out of three nuclear power plants in the country, saying it will keep the two plants running until at least April.

Germany shut down three nuclear reactors in 2021, and shutting the remaining three would officially mark the end of the nuclear phase-out for domestic energy production.

The government said it would still need to make a decision about extending the lifespan of the power plants beyond April, and that decision would be dependent on the nuclear power plant situation in France.

According to Electricite de France (EDF), repairs and maintenance on almost half of its nuclear plants may turn the country, a traditional power exporter, into an importer this year. Under this scenario French customers would have to pay a premium to their neighbors, where prices have been soaring lately, the report said.

The French government has called on businesses and households to conserve energy to avoid blackouts. In the event of a possible electricity shortage, grid operator RTE will launch an “Ecowatt” red alert three days in advance demanding reduced consumption.

“We remain in a situation of particular vigilance,” chief executive of RTE Xavier Piechaczyk was quoted as saying by Bloomberg. “If it’s hot, you won’t hear about red Ecowatt. If it’s very cold, you’ll hear a lot of them, and if we’re in an average, median, normal winter, it will be a few units of red Ecowatt,” he explained.

France, which generates roughly 70 percent of its electricity from 56 nuclear reactors, all operated by EDF, had just 31 of those online on Monday morning.

The company said last week that it aims to have more than 40 units in operation in December and January.

In the meantime, media reports said the price of electricity in Germany and France for 2023 has soared to new records due to the European energy crisis caused by the ongoing conflict in Ukraine.

According to AFP, in Germany, the price of electricity for the year ahead reached €850 ($850) per megawatt hours (MWh) in the stock market. The year-ahead contract in France’s bourse market passed €1,000 on Friday.

Soaring energy prices coupled with runaway inflation have put the livelihood of Europeans under heavy constraints after the Europeans severed their energy ties with Russia, the main supplier of natural gas to Europe, over the Ukraine conflict, triggering a dire economic crisis on the continent.

The shutdown of several nuclear reactors in France due to corrosion issues has contributed to the electricity price increase as power production has dramatically decreased in the country. 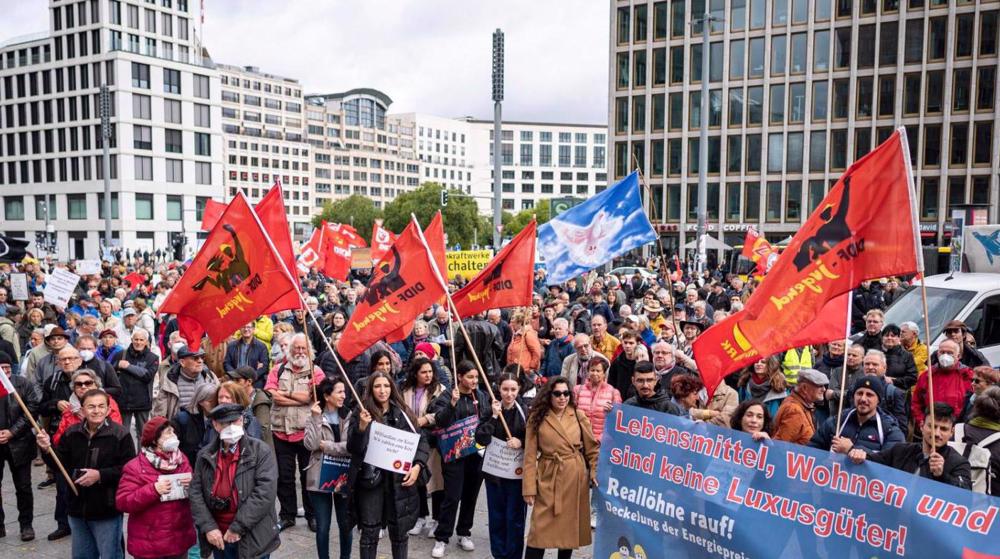 Since the start of Russia's war on Ukraine in late February, Germany has offered substantial military support to Ukraine, sending the country billions of dollars in military aid and heavy weaponry. Russia has in turn cut off gas supplies to Europe, causing a worsening energy crisis.

Germany, along with other European Union countries, is scrambling to support homes and industries burdened by a further surge in energy prices. 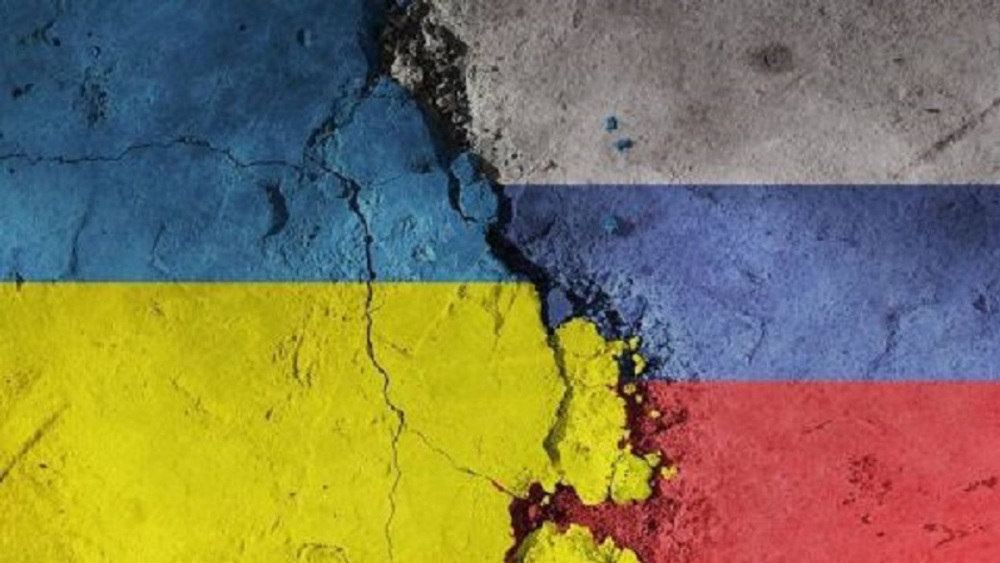 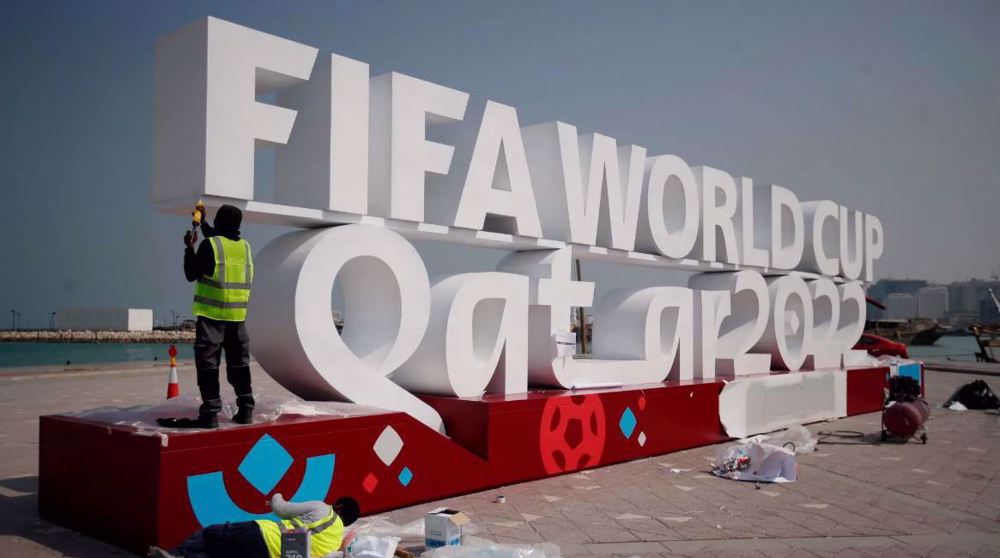 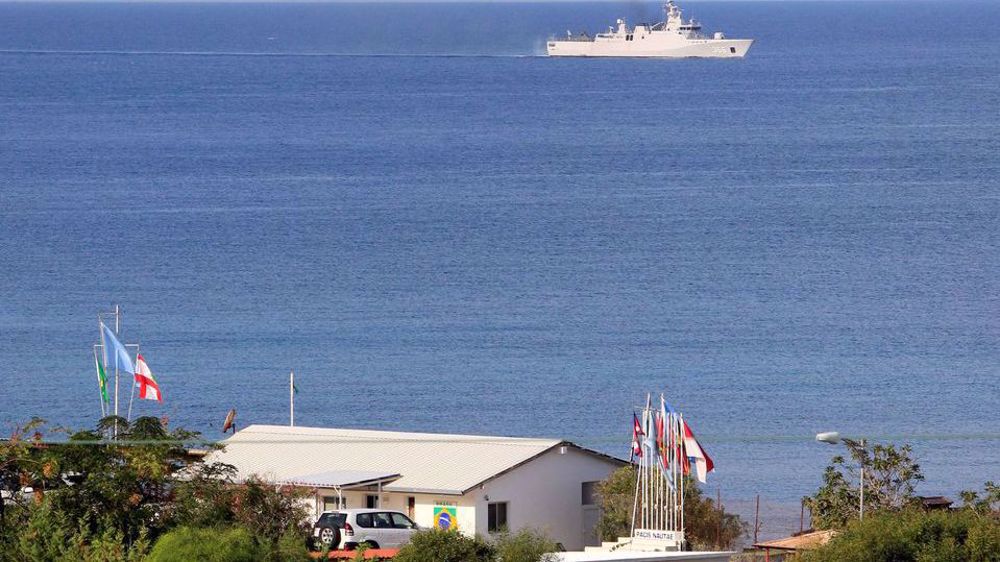 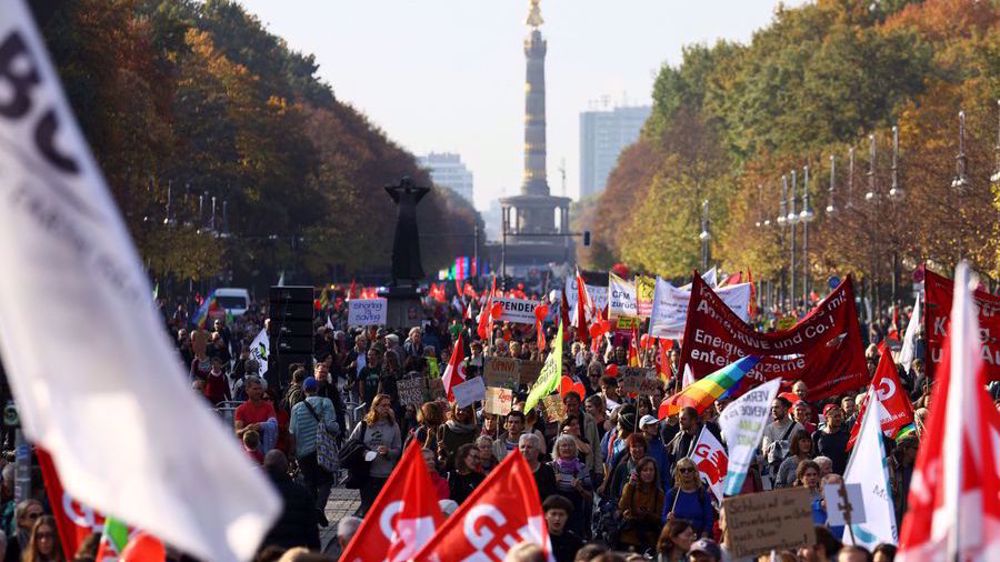 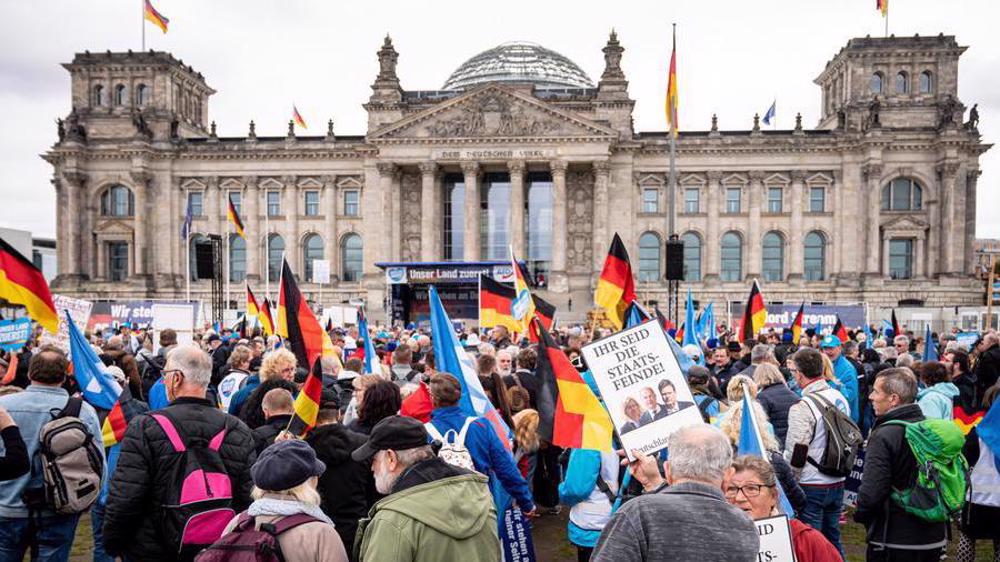 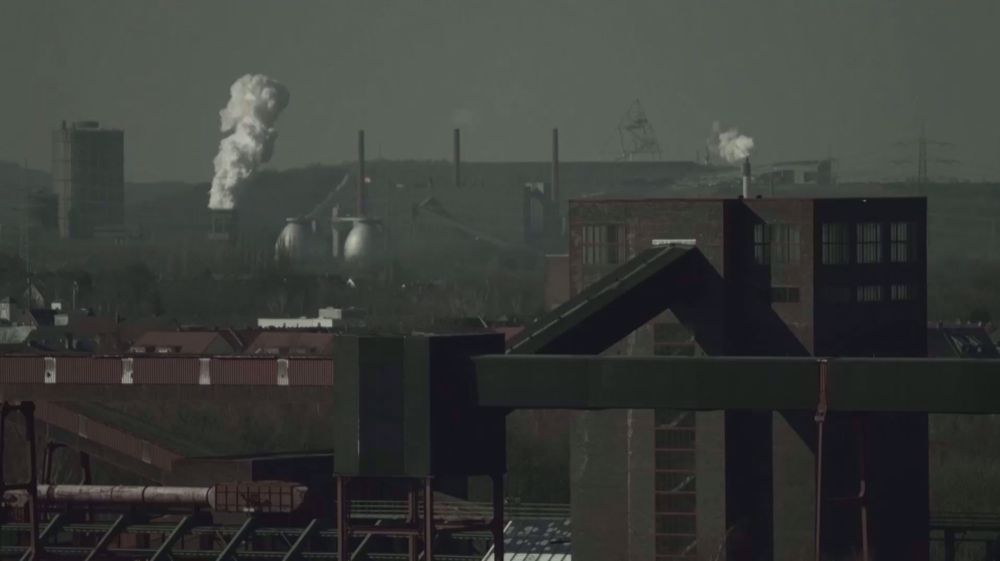 Spat between Germany, US over LNG prices 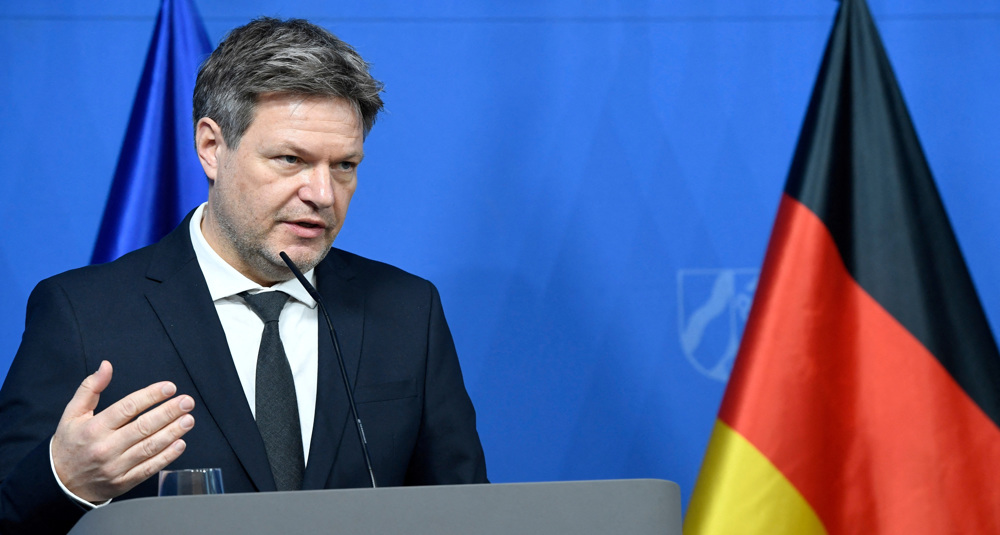