Analyst: Pelosi is a notable champion of Wall Street and the military-industrial complex

Nancy Pelosi, the Democratic speaker of the US House of Representatives, delivers a speech in Sharm el-Sheikh, Egypt, November 11, 2022. (Reuters photo)

An American political analyst and activist says Nancy Pelosi, the Democratic speaker of the US House of Representatives, has been a notable champion of Wall Street and the military-industrial complex (MIC).

Myles Hoenig said whether the president was a Democrat or Republican, Pelosi has supported all US wars since she took the gavel at the House in 2007.

“So it must have been very frustrating for her that Trump put the reins on the war machine in his 4 years,” added Hoenig, a former Green Party candidate for Congress.

Pelosi, 82, has said that she will step down as party leader when the Republican Party takes control of the House in January.

Following the midterm elections on November 8, the Republican Party secured a majority in the House while Democrats retained control of the Senate. Republicans underperformed in races across the country otherwise they also could have won the Senate as well.

Pelosi, the first woman to hold the powerful House Speaker post, was first elected to Congress in 1987. She first became Speaker in 2007. She is second in the line of succession to President Joe Biden.

Pelosi presided over both impeachments of Donald Trump during her second term in the role.

Scripture teaches us that, for everything, there is a season – and a time for every purpose under heaven.

As Speaker, it has been my privilege to play a part in forging extraordinary progress for the American people. pic.twitter.com/lCFZc4qNfc

“There’s no questioning the effectiveness of the leadership of Nancy Pelosi. She has ruled the House of Representatives and her party with a heavy hand. Everything good, and everything bad done by the Democrats had her fingerprints all over it,” said Hoenig.

“Starting in 2007 until the present, with breaks in between, she has wielded the gavel at the House. Whether the president be a Democrat or Republican, the one thing that was constant was supporting Wall Street (likely for personal gain) to supporting all war efforts. As a member of the Gang of Eight she has advised all presidents since George W. Bush to Joe Biden on military matters, which wars to fight and which to hold off until more opportune times. Obama’s expansion of wars under his administration and Biden’s proxy war against Russia couldn’t have happened without her support. All of Bush’s wars were also ‘blessed’ by Pelosi, as her House or Party did nothing to stop them,” he added.

“So it must have been very frustrating for her that Trump put the reins on the war machine in his 4 years. We saw recently how successful she was in putting an end to any talk of peace or diplomacy in Ukraine by forcing the Squad to withdraw its letter of support for such diplomacy,” he stated.

“On the domestic side, she pushed through Obama’s Affordable Care Act which nearly killed any attempt for real universal health care in the US, notably Medicare For All. She later put the nail in its coffin by shutting down Alexandria Ocasio-Cortez and her Squad’s milquetoast support for it. When they had their only opportunity to put it to a vote in Congress, and show who really supported it, the members did what ‘Mama Bear’ told them to do: remain silent,” he said.

“There’s no doubt that she will go down in the pantheon of House Speakers for both sides: Joseph Cannon, Sam Rayburn, Tip O’Neill, Newt Gingrich. Whether she did good or ill is subjective, just depends on whose ox is gored or whose coffers are filled,” he concluded. 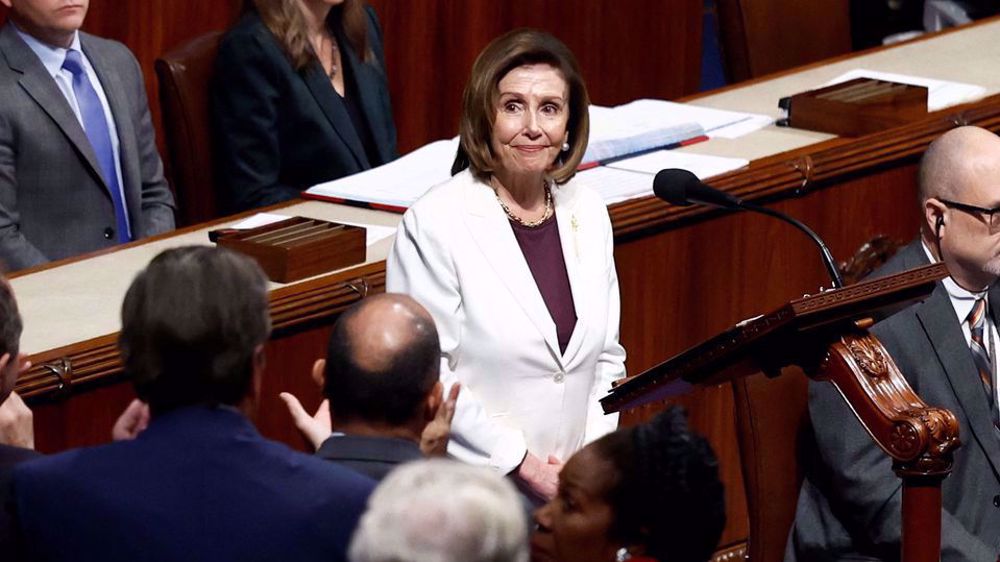 Pelosi to step down as Speaker after Republicans take House
Nancy Pelosi, the Democratic speaker of the US House of Representatives, has said that she will step down as party leader when the Republican Party takes control of the House in January.

Last week, Pelosi said that her decision on the future would be influenced by the recent attack on her elderly husband in the runup to the November 8 midterms.