Thousands of Jordanians have taken to the streets to protest the controversial water-for-energy agreement with Israel, condemning it as a step toward the normalization of ties with the regime.

Held in the capital Amman on Friday, amid heavy deployment of police forces, the protesters urged the Jordanian government to scrap the agreement.

In November 2021, Jordan signed a declaration of intent for a water-for-energy deal with Israel and the UAE. The agreement, however, was met with public fury in Jordan.

The parties to the agreement signed an MoU on Tuesday on the sidelines of the UN climate change summit in Egypt’s Sharm el-Sheikh to continue feasibility studies after an initial examination of the project found it to be feasible.

Under the pact, Jordan would supply Israel with 600 megawatts of power generated from a solar plant that would be built by the UAE – the first Arab country that normalized ties with the Tel Aviv regime in 2020 – while Israel would provide water-scarce Jordan with 200 million cubic meters of desalinated water in return.

Since the agreement, also dubbed Project Prosperity, was announced last year, several demonstrations have rocked the kingdom and calls have risen to cut ties with Tel Aviv and scrap the project.

Israel’s energy ministry said on Tuesday that “regular” meetings have been held between the parties’ teams in the past year as they were studying financial, planning, and regulatory aspects of the project.

Furthermore, a statement on the Emirati state news agency WAM says that the parties will continue engaging to develop the necessary implementation plans for the project in time for COP28, which is to be held in the UAE next November.

Meanwhile, Jordanian lawmaker Musa Hantash said on Friday that any sort of agreement with the Israeli regime is rejected.

Speaking to Quds Press, he said international pressures are being exerted on Jordan to sign the deal with the occupation, adding that there are other alternatives for providing water for the country. 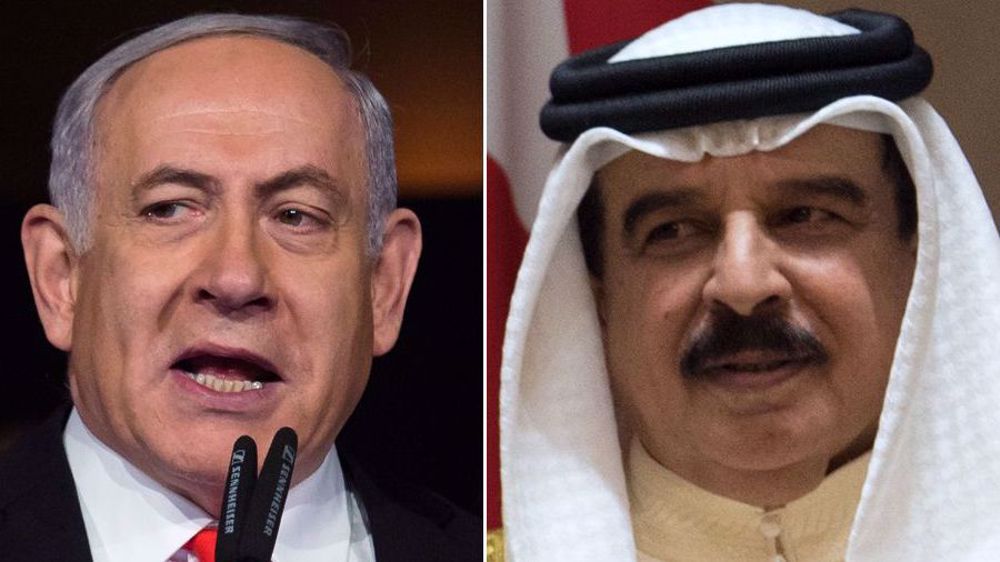 He was apparently referring to the National Water Carrier Project which was announced by Jordan’s Water Ministry in 2021. The project includes the provision of about 300 million cubic meters of desalinated water from the shores of the Red Sea in Aqaba.

Jordan signed a so-called peace deal with Israel in 1994, but Jordanians are at odds with their government and oppose any form of normalization of ties with the occupying regime.

The vast majority of people in Arab countries oppose normalization and support the Palestinian cause.