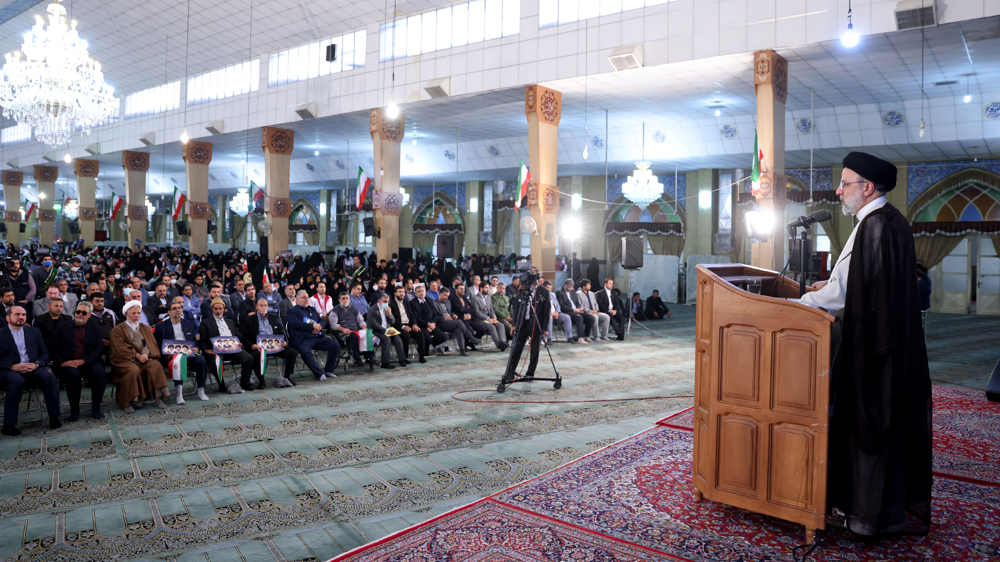 Iranian President Ebrahim Raeisi speaks in a visit to Pakdasht city, located in the southeast of the capital Tehran, on November 10, 2022. (Photo by president.ir)

President Ebrahim Raeisi says the enemy’s plot to stoke instability in Iran has failed just like the policy of piling up pressure by imposing draconian sanctions against the country which faced the same fate.

Raeisi made the remark in a visit to Pakdasht city, located in the southeast of the capital Tehran on Thursday, saying the policy of sanctioning and destabilization were two mistakes that the enemy made in dealing with the Iranians, which both failed.

Stressing that the enemy does not want Iran to make progress and its scientists to conquer the peaks of science, Raeisi said, “The enemy wants the hope of the people to turn into despair, the enemy does not want our country to make progress. The policy of destabilizing the country by the enemy failed like the policy of sanctions, and their attempt to apply maximum pressure also failed."

The Iranian president went on to say, “By nullifying the sanctions, we defeated the enemy's strategy.”

Underlining that the Iranian administration had increased the amount of oil exports compared to the time before the imposition of sanctions, Raeisi said, “We tried to restore the share of Iran's economy in the region. They sought to isolate Iran, but they themselves became isolated. The enemy thought that serving the people would be slowed down with chaos and riots, but it was just a delusion.”

The Iranian chief executive said the enemy attempted to stop the country’s progress and started disrupting security, adding, “The enemy is trying to implement in the country the same scenario that it implemented in other states, but it is unaware that it is making yet another strategic mistake because its policy of sanctions and destabilizing the country has failed once again.”

“The enemies are well aware that we will definitely respond to their interventionist and mischievous behavior; but now, we cannot say where and how this will take place," Salami said, adding, "Whoever disturbs the Iranian nation's peace will never enjoy peace." 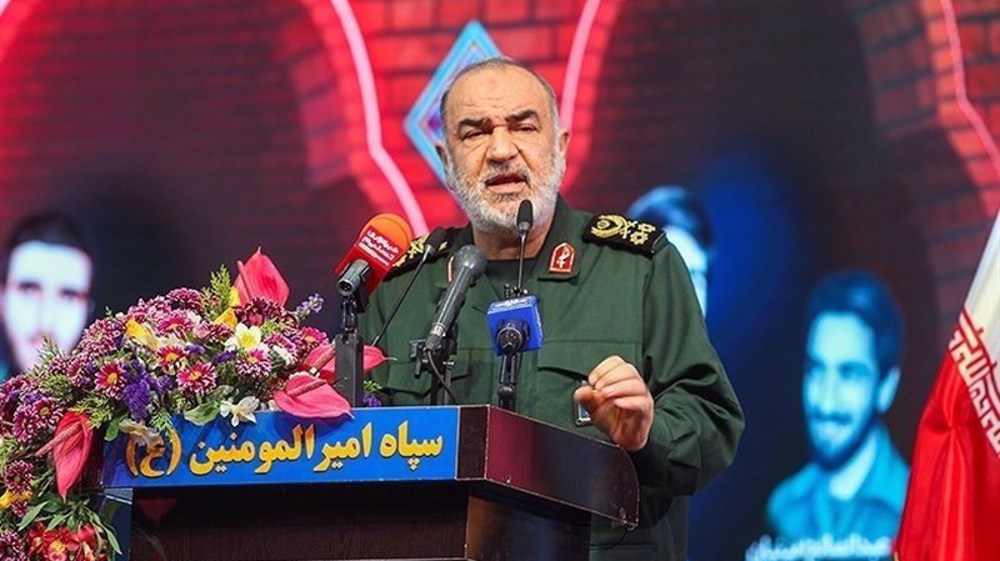 Protests over the death of the Iranian woman Mahsa Amini erupted first in her native province of Kordestan and later in several cities, including the capital Tehran. Amini fainted at a police station and was pronounced dead days later on September 16 at a Tehran hospital.

Although Raeisi immediately ordered a thorough investigation into the case, the protests soon turned violent, with rioters fatally attacking policemen and indulging in vandalism against public property in several cities. An official report by Iran’s Legal Medicine Organization said that Amini’s controversial death was caused by an illness rather than alleged blows to the head or other vital body organs.

The foreign-backed violent riots have also claimed dozens of lives from both security forces and ordinary people as the Western media and Persian-language news networks continue to provoke riots in Iran.