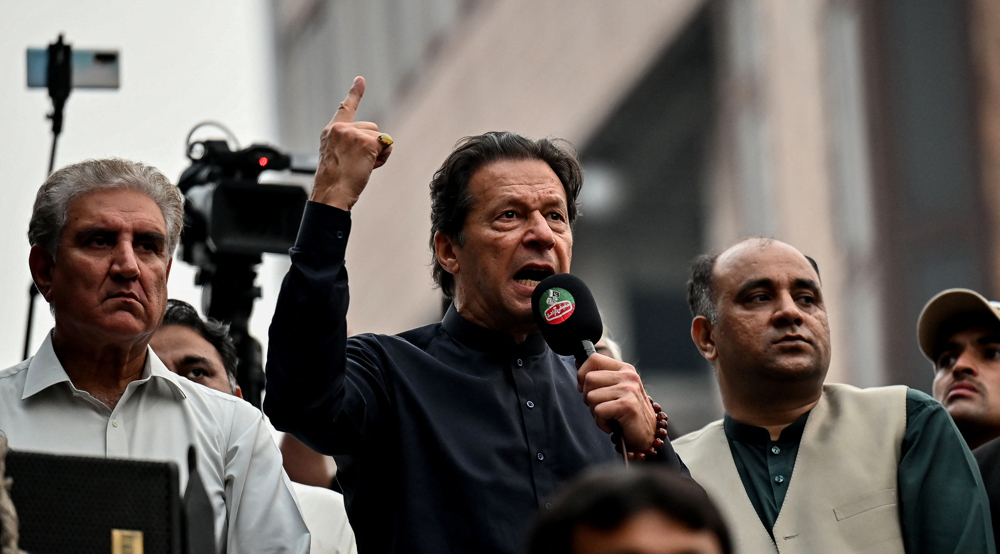 Pakistan’s former Prime Minister Imran Khan has been shot in the leg in an “assassination attempt” during a political rally.

Local media reported the incident occurred on Thursday in Wazirabad, a city located in Punjab. An unknown assailant opened fire on Khan and some of his supporters.

Khan was taken to a hospital in Lahore.

"This was an attempt to kill him, to assassinate him," Raoof Hasan, a senior aide said.

According to Pakistan’s Geo TV, a male suspect was arrested.

Khan,70, was leading a protest march on the capital Islamabad to demand snap elections when he was shot in the shin near Allah Walla Chowk in Wazirabad.

"Imran Khan and (party colleague) Faisal Javed received bullets wounds. A bullet hit IK's shin. Both have been taken to hospital for treatment," PTI spokesperson Fawad Chaudhry said. "Several of our colleagues are wounded. We heard that one of them is dead."

In a statement after the incident, Prime Minister Shehbaz Sharif condemned the shooting and ordered Interior Minister Rana Sanaullah Khan to seek an immediate investigation.

Khan had planned to lead the motorized caravan slowly northward up the Grand Trunk Road to Islamabad, drawing more support along the way before entering the capital.

"I want that all of you participate. This is not for politics or personal gain, or to topple the government... this is to bring genuine freedom to the country," the former prime minister said in a video message on the eve of the march.

Khan was voted into power in 2018 on the promise of fighting corruption, but his mishandling of the economy did not help his case.

Despite being ousted from power, Khan’s popularity has increased, which was reflected in by-elections held recently in Punjab where Khan’s party swept the polls. The unexpected victory by Khan’s party allowed them to regain control of Punjab province.