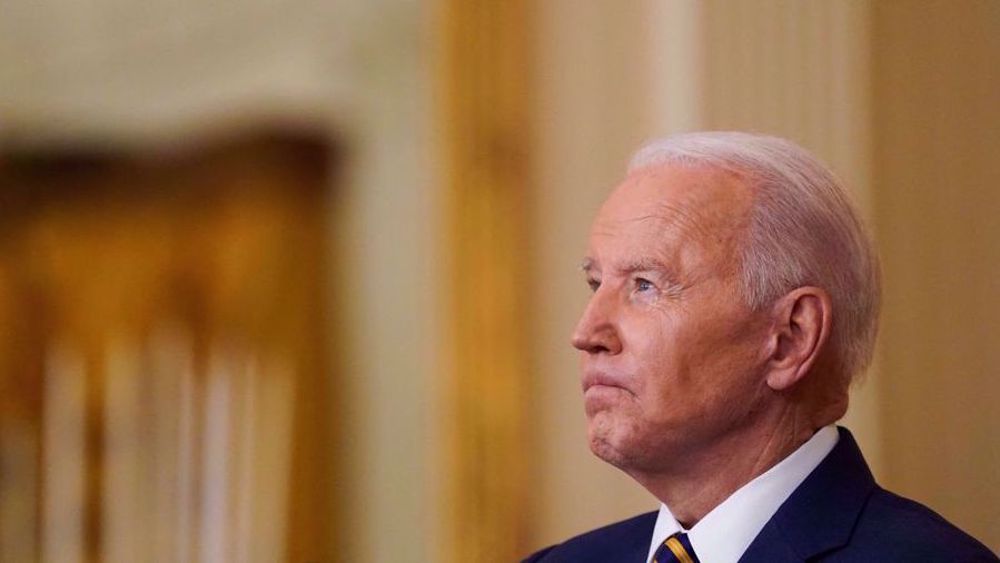 US President Joe Biden holds a formal news conference in the East Room of the White House, in Washington, DC, US, January 19, 2022. (Reuters photo)

Nearly 80 percent of Americans describe the current state of affairs in the United States as “out of control,” as more and more Americans show dissatisfaction with him due to high inflation and rising gas prices in the country, according to a new poll.

The CBS News-YouGov poll, published on Sunday, found that 79 percent of respondents believe things are “out of control” in the country, while only 21 percent think things are “under control,” The Hill reported.

Fifty-six percent of respondents disapprove of the job US President Joe Biden is doing as president, while 44 percent of those surveyed approve of his performance.

According to another recent poll, Biden’s approval rating dropped to 39 percent.

The new CBS News-YouGov poll comes about a week before midterm elections that will decide control of the House and Senate, along with crucial governor races across the country, which will shape the rest of Biden’s term.

The new poll forecast that the Republicans will win at least 228 seats in the House chamber in the midterm election, compared to 207 seats for Democrats.

Democrats are worried they could lose control of both chambers of Congress on November 8 which would give Republicans the power to bring Biden's legislative agenda to a halt. Biden's unpopularity is helping drive this view.

Biden's term has been marked by the economic scars of the global health crisis, including soaring inflation. Biden’s popularity hit a record low of 36 percent in May and June.